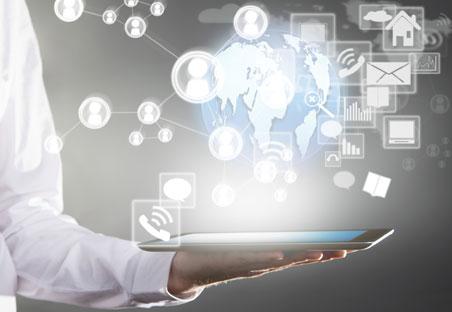 The senior IT manager of Usha Martin, the Rs 4000-crore conglomerate, faced the business challenge of reducing downtime, ensuring all time and high availability of networks and applications for its users for sustained operations. The challenge for Subhakar Rudra, Senior IT manager, increased as the company aligned its sustainable growth map combined with constant innovative business practices and IT being considered the key driver of growth.

Server virtualisation was considered the response to address the challenge. Deployment of server virtualisation solutions across its 1,100 users and its manufacturing units after a successful PoC paid off for Usha Martin and there were immense benefits observed in terms of reduction in downtime, reducing cost associated with power as the manageability of servers became more efficient, among other gains.

“Every downtime was causing a huge loss in terms of man-hours and also in productivity--as on a few occasions, it ran into over six hours” --Subhakar Rudra, Senior IT Manager, Usha Martin

Need for Server Virtualisation
The company’s ambitious growth plan emphasized the need to add more IT infrastructure across its various plants, something that posed the challenge of managing them efficiently. Usha Martin’s IT team went in for server virtualisation in a phased manner. According to Rudra, the first phase was taken up at its corporate office in Kolkata with nearly 400 users, which was later replicated in its manufacturing units atRanchi andJamshedpur with 350 and 550 users respectively. There were several business challenges that confronted Rudra and team with growing users, increase in applications and adding on new servers.

The most critical challenges were with regard to the downtime, with multiple users accessing the data centre and also most of the ERP servers residing on them. “Every downtime was causing a huge loss in terms of man-hours and also in productivity--as on a few occasions, it ran into over six hours,” says Rudra.

Managing these servers spread across various geographies also posed a challenge for the IT team; the hardware resources were also not put to optimum usage.

Against this backdrop, server virtualisation was thought to be the way forward.

Implementation Plan
The first task for Rudra was to buy in the line of the business. As a result, proof of concept was critical. Since VMware did not have a great presence in the Eastern region, Rudra and team intended to try out the trial version of VMware’s ESX version 5; they installed the entry level X86 IBM servers and entry level iSCSI storage along with Suse Linux, and placed ERP data on it. As a trial, only IT users were connected to the host and the applications were run on this version to virtualise the servers. The team could observe a gradual reduction in downtime because of the virtualisation process, which only got better as more applications were deployed.

The team was thoroughly convinced, and got the buy-in from the management before it decided to go in for a full-fledged virtualisation solution.

“Since the internal team was only going to implement the same, we bought a couple of licenses of VMware Version 5 and wanted to spread it across 1,100 users in a phased manner,” says Rudra.

Usha Martin deployed Dell-Equallogic servers and EMC storage for back up and initially virtualised 15 servers to bring to it down to 11 physical servers. Data replication process was carried out using Equallogic servers. Since most of the critical applications were run during the PoC stage, the team was convinced about running full-fledged applications over the virtual servers.

In all, about 1,100 users were included, and 50 servers were virtualised and reduced to 30 servers using virtualisation tools from VMware; this resulted in better manageability of its applications and resources. The entire project, which was spread over two phases, went live in less than a year’s time.

Payback
As with any other project that revolves around RoI, the server virtualisation project too was expected to pay back. The total project was estimated at about Rs 25 lakhs taking into account required licenses, hardware purchases and other networking equipment. While Rudra did not have an accurate RoI estimation, the company witnessed huge intangible benefits. A direct reduction in downtime was very visible: savings in man-hours, enhanced productivity across units, and a huge positive impact on power consumption which reduced the electricity bill. The core objective of having better manageability of servers, applications and infrastructure was met with the project.