Reduction in cash outflow prompted JBM Group’s CIO and team to opt for a cloud based service model. 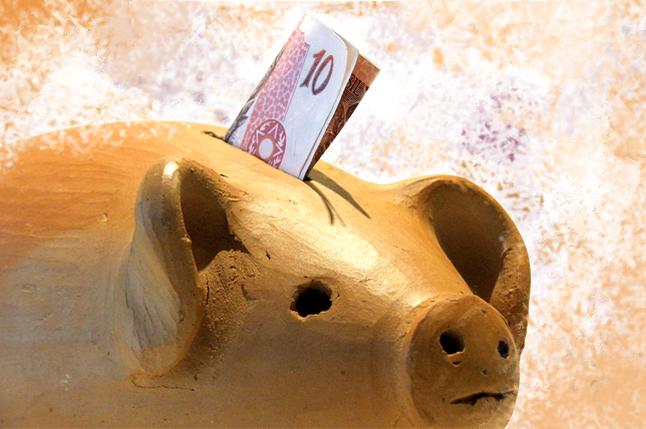 With only B2B customers such as OEMs like Ashok Leyland, Bajaj, Fiat, Ford, GM, Hero, Honda, JCB, Mahindra, Maruti Suzuki, Renault-Nissan, TATA, Toyota, TVS, VECV, Volkswagen, Volvo and many more, and alliances with more than 20 renowned global companies like Arcelor Mittal, DassaultSystemes, Sumitomo Corporation, Magnetto Automotive etc., the IT team faced a huge challenge: creating a single access sourcing point and business need to ensure that the supply chain is streamlined and effective with no downtime.

There was a profound need for the IT team to ensure that the OEM’s production lines were up and running. Any deviations or downtime had a huge impact on the cost as the customers would charge if there is a delay in the supply. “Having so many customers, we must ensure delivery within a specific window model.Normally, the DR (Disaster Recovery) structure is planned for natural calamity but we opted for DR on cloud as a precautionary measure. For, if, for some reason, our primary DC site is not up and running for more than 90 minutes, we will move to cloud-based DR. This is because of team our requirements to send the goods to feed production lines,” says V Ranganathan Iyer, CIO, JBM Group.

Besides, a cloud DR set would help stakeholders repose greater faith in the IT team.

Cost was the primary factor that prompted Iyer and team to look at cloud. JBM’s IT team compared the CAPEX vs OPEX option very seriously, but never told the vendors that it was the key reason to evaluate cloud option; this was because the team wanted to ensure the solution identification was done right for DR.

Once the solution was identified and finalised, Iyer and his team worked on the opex model, outlined the challenges, analysed cloud options and understood the different modules and differences each one brought in, before putting it across to the management.

The team identified IBM as its cloud service provider. Iyer says, “A team of two from IT, one from purchase and one from accounts looked at various options and carried out serious negotiations before zeroing in on IBM,” says Iyer.

The whole of DR will be on a cloud service model. The team’s agenda was to have 100 of time. “One of our objectives of having a cloud based model was to provide a sustained tool for business transactions,” says Lalit Kaushik, Senior Manager-IT, JBM Group. There was a profound need for the IT team to ensure that the OEM’s production lines were up and running “We listed out various issues and points for action. As part of the cloud service offering, IBM had to procure the hardware, including service, networking equipment, security equipment including storage,” points Kaushik.

This hardware will be used for multiple customers and a minimum configuration is committed where DR is not invoked. Maximum configuration is committed when DR is invoked. “The entire data centre, SAP application software, security arrangements along with back-up will be IBM’s responsibility and the service provider will install the application software and data guard to enable DR,” says Kaushik.

According to Iyer, JBM will be responsible for providing all non AIX operating system, all application software including back up software and licenses including the data guard. During the implementation process, the IT team decided to provide access to DC in a controlled fashion, while also providing the media for back-up.

The entire cloud model was implemented in five weeks.

The DR site would also have BCP for SAP ERP, BIW and Business Objects of only productive systems on the cloud. IBM has placed its DC at Tulip data centre in Bangalore, where the proxy servers are also placed. Almost 6 terabyte of data is stored on the DR site.

As part of the SLA, irrespective of whether disaster strikes or not, the DR drill is a must for 8 hours in a year; normally, the DR cloud is used for data access twice a year. As part of the DR exercise, the RPO and RTO activities are also carried out. “During this drill, we will assume that the DC is down and we will switch off the DR. End users will not be informed about this in advance. The service provider is responsible for bringing back the DC. The basic understanding between the supplier and us is that no other SAP production instances will be put on this machine to ensure access,” says Iyer.

“We also ensure that the customers in the DR server are not from the same region. This is to observe if customers from other regions are able to access the data from the cloud DR site. It will ensure the availability of hardware resources when DR is invoked. The purpose of such requirements is with regard to the understanding we have with the service provider that itwill charge us for minimum capacity from a compute aspect; this clause will help us get the desired resources,” says Kaushik.

Payout is generally done once in a quarter after the production drill is done. As it is on a service model, the cost would be in a few lakhs only. A little over Rs 1.0 crore would be paid as subscription fee once in 5 years to IBM for the cloud services. In an earlier model the cost would go up as besides the licensing cost of the software, the IT team had to pay out AMC charges to the service partner which turned out to be huge.

The technical challenges that Iyer and team face are that there are no PoCs in this sort of deployment, and decision making is based purely on the negotiations that they had with the service provider. “We were initially skeptical about the DR deployment on cloud in a multi-tenancy situation, given that IBM was also new to this,” says Iyer. Another area of concern was security, as the team was not sure about the precautions to be taken given that the same servers were being used for many customers. There was an iota of doubt whether 100 per cent success would be achieved.

Being a public limited company, compliance needs had been met with this technological deployment. Stakeholders’ confidence has improved.

The tangible benefit is that the business development team will be able to ensure business sustenance to the customers against any disaster. Besides, cash outflow is reduced as the payment is on a quarterly basis.

The IT benefits are factored around cost saving, as no internal DR expert is required to manage it. Maintenance is with the service provider, so the hassle of logging calls for outages reduces the workload. As the drill is also planned for twice a year, the responsibility of the internal team is reduced.

The project gave an opportunity to do right kind of planning in terms of identifying right people, spend more time on analysing various critical aspects and also in taking right decisions. “The uniqueness of the project was that there were no reference customers and internal resources too did not have any prior exposure to DR and we had to entirely depend on the technology provider.”

The lack of technology skills is contributing to a dent in productivity as workers struggle to adapt to working from home over prolonged periods, according to a Questionmark study. So, employers need...
Jul 03, 2020
450
0