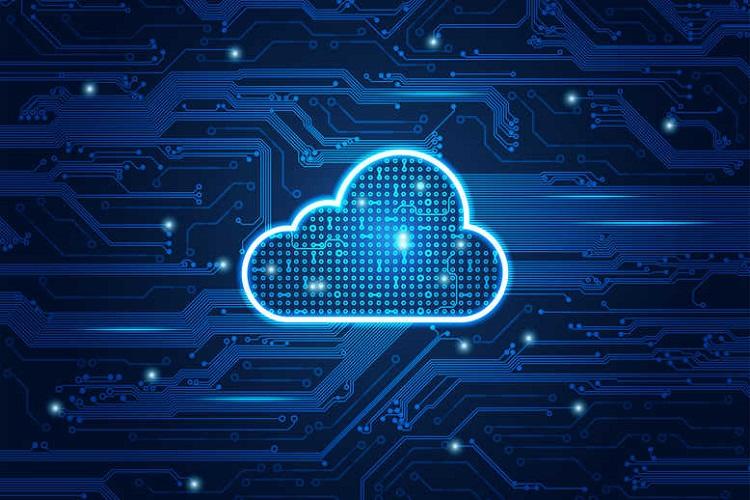 Across four key cloud service and infrastructure market segments, operator and vendor revenues for the first half of 2021 were USD 235 billion, having grown by 25% from the first half of 2020, according to Synergy Research Group. The biggest growth was seen in cloud infrastructure services, comprising IaaS, PaaS and hosted private cloud services. First half revenue from these services grew by 37% from 2020. Enterprise SaaS revenues grew by 24%, while spending on IT hardware and software for public, private and hybrid infrastructure grew by 16%. Rounding out the picture, cloud provider spending on colocation, leasing and data center construction grew by 17%. Across the whole cloud ecosystem, companies that featured the most prominently were Microsoft, Amazon, Salesforce, Dell, Google and IBM. Other major players included Cisco, Adobe, Oracle, VMware, SAP, HPE, Alibaba, Inspur and Huawei. In aggregate these companies accounted for well over half of all cloud-related revenues. 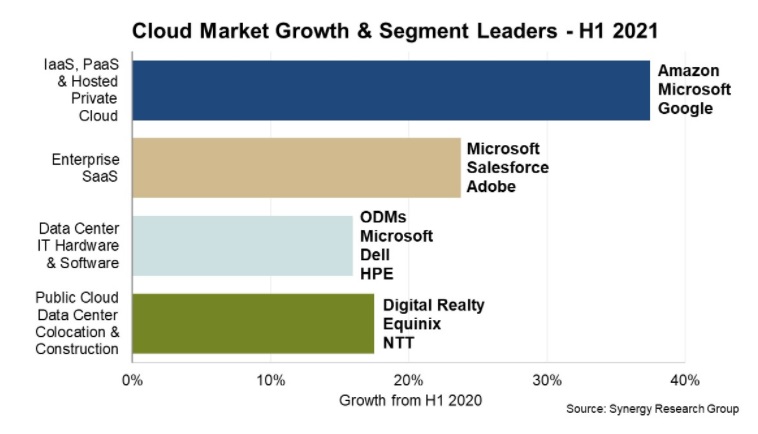 In the first half of 2021, total spend on hardware and software used to build cloud infrastructure was over USD 70 billion, with public cloud spending now being substantially bigger than private cloud. Infrastructure investments by cloud service providers helped them to generate over USD 150 billion in revenues from cloud infrastructure services (IaaS, PaaS, hosted private cloud services) and enterprise SaaS. In addition to these enterprise services, their cloud infrastructure also supports internet services such as search, social networking, email, e-commerce, gaming and mobile apps. Those cloud providers need somewhere to house their infrastructure, so their substantial spending on data center leasing, colocation services and data center construction also continued to grow.

“Cloud-associated markets are growing at rates ranging from 15% to over 40% per year and our forecasts show that annual spending on cloud services will double in under four years. Cloud is increasingly dominating the IT landscape, benefitting companies throughout the cloud ecosystem,” said John Dinsdale, a Chief Analyst at Synergy Research Group. “While a rising tide lifts all boats, the companies doing particularly well are those which don’t have boat anchors of large, legacy non-cloud markets. Ten years ago companies like Amazon, Salesforce and Google were hardly present in enterprise IT, but are now a major force in the market. Microsoft is also particularly noteworthy. It has had a large enterprise presence for many years but has transformed itself into being the leading cloud player, based on revenues from the whole ecosystem.”