2020 Forecast: Cloud computing to become the center of IT tech innovation

This, along with Industrial IoT powering digital transformations, features among the top 10 tech trends predicted by Alibaba DAMO Academy 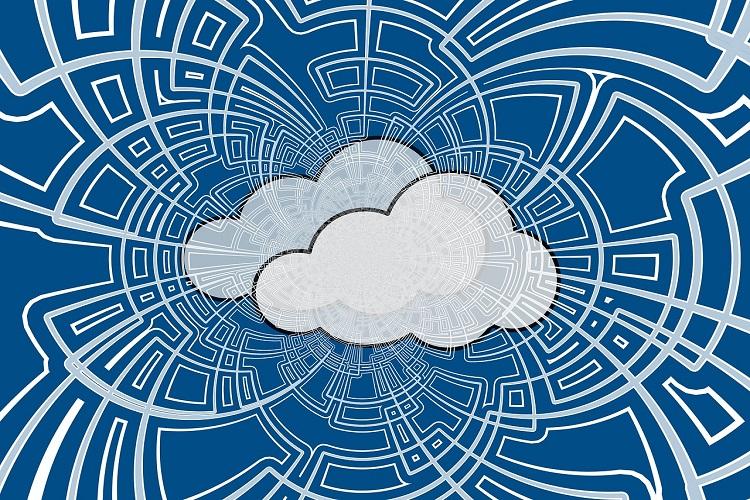 “We are at the era of rapid technology development. In particular, technologies such as cloud computing, artificial intelligence, blockchain, and data intelligence are expected to accelerate the pace of the digital economy,” said Jeff Zhang, Head of Alibaba DAMO Academy and President of Alibaba Cloud Intelligence. “In addition to exploring the unknown through scientific and technological research, we are also working with industry players to foster the applications of innovation in different industries, making technologies more accessible for the businesses and society at large.”

The following are highlights from the Academy’s predicted top 10 trends in the tech community for this year:

In Von Neumann architecture, memory and processor are separate and the computation requires data to be moved back and forth. With the rapid development of data-driven AI algorithms in recent years, it has come to a point where the hardware becomes the bottleneck in the explorations of more advanced algorithms. In Processing-in-Memory (PIM) architecture, in contrast to the Von Neumann architecture, memory and processor are fused together and computations are performed where data is stored with minimal data movement. As such, computation parallelism and power efficiency can be significantly improved. We believe the innovations on PIM architecture are the tickets to next-generation AI.

In 2020, 5G, rapid development of IoT devices, cloud computing and edge computing will accelerate the fusion of information system, communication system, and industrial control system. Through advanced Industrial IoT, manufacturing companies can achieve automation of machines, in-factory logistics, and production scheduling, as a way to realize C2B smart manufacturing. In addition, interconnected industrial system can adjust and coordinate the production capability of both upstream and downstream vendors. Ultimately it will significantly increase the manufacturers’ productivity and profitability. For manufacturers with production goods that value hundreds of trillion RMB, if the productivity increases 5-10%, it means additional trillions of RMB.

Traditional single intelligence cannot meet the real-time perception and decision of large-scale intelligent devices. The development of collaborative sensing technology of Internet of things and 5G communication technology will realize the collaboration among multiple agents -- machines cooperate with each other and compete with each other to complete the target tasks. The group intelligence brought by the cooperation of multiple intelligent bodies will further amplify the value of the intelligent system: Large-scale intelligent traffic light dispatching will realize dynamic and real-time adjustment, while warehouse robots will work together to complete cargo sorting more efficiently; Driverless cars can perceive the overall traffic conditions on the road, and group unmanned aerial vehicle (UAV) collaboration will get through the last -mile delivery more efficiently.

Traditional model of chip design cannot efficiently respond to the fast evolving, fragmented and customized needs of chip production. The open source SoC chip design based on RISC-V, high-level hardware description language, and IP-based modular chip design methods have accelerated the rapid development of agile design methods and the ecosystem of open source chips. In addition, the modular design method based on chiplets uses advanced packaging methods to package the chiplets with different functions together, which can quickly customize and deliver chips that meet specific requirements of different applications.

BaaS (Blockchain-as-a-Service) will further reduce the barriers of entry for enterprise blockchain applications. A variety of hardware chips embedded with core algorithms used in edge, cloud and designed specifically for blockchain will also emerge, allowing assets in the physical world to be mapped to assets on blockchain, further expanding the boundaries of the Internet of Value and realizing “multi-chain interconnection”. In the future, a large number of innovative blockchain application scenarios with multi-dimensional collaboration across different industries and ecosystems will emerge, and large-scale production-grade blockchain applications with more than 10 million DAI (Daily Active Items) will gain mass adoption.

Under the pressure of both Moore’s Law and the explosive demand of computing power and storage, it is difficult for classic Si based transistors to maintain sustainable development of the semiconductor industry. Until now, major semiconductor manufacturers still have no clear answer and option to chips beyond 3nm. New materials will make new logic, storage, and interconnection devices through new physical mechanisms, driving continuous innovation in the semiconductor industry. For example, topological insulators, two-dimensional superconducting materials, etc. that can achieve lossless transport of electron and spin can become the basis for new high-performance logic and interconnect devices; while new magnetic materials and new resistive switching materials can realize high-performance magnetics Memory such as SOT-MRAM and resistive memory.

The compliance costs demanded by the recent data protection laws and regulations related to data transfer are getting increasingly higher than ever before. In light of this, there have been growing interests in using AI technologies to protect data privacy. The essence is to enable the data user to compute a function over input data from different data providers while keeping those data private. Such AI technologies promise to solve the problems of data silos and lack of trust in today’s data sharing practices, and will truly unleash the value of data in the foreseeable future.

10. Cloud becomes the center of IT technology innovation

With the ongoing development of cloud computing technology, the cloud has grown far beyond the scope of IT infrastructure, and gradually evolved into the center of all IT technology innovations. Cloud has close relationship with almost all IT technologies, including new chips, new databases, self-driving adaptive networks, big data, AI, IoT, blockchain, quantum computing and so forth. Meanwhile, it creates new technologies, such as serverless computing, cloud-native software architecture, software-hardware integrated design, as well as intelligent automated operation. Cloud computing is redefining every aspect of IT, making new IT technologies more accessible for the public. Cloud has become the backbone of the entire digital economy.