Who DID NOT move my responsibility? 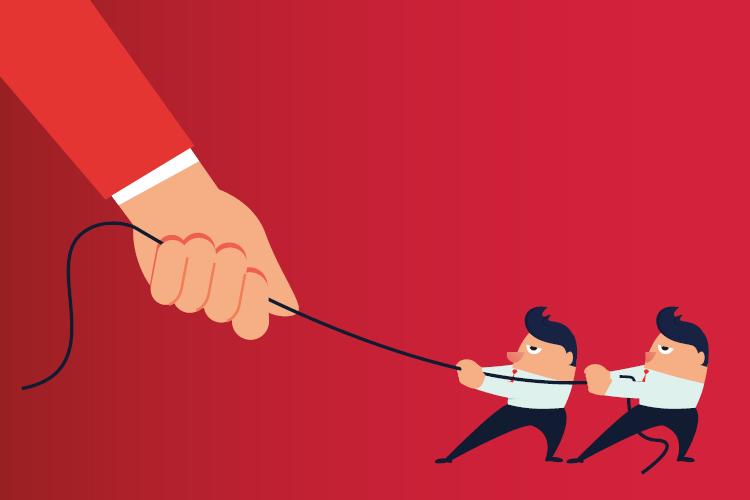 Who is best suited to drive digital transformation? Not long back, this was a big debate between the Chief Marketing Officers (CMOs) and Chief Information Officers (CIOs). While the CMOs believed—at least that is what they said—as the people who understand the mind of the end customer, they were the best people to drive ‘customer-centric’ transformation, CIOs retorted—where would you be without technology that is increasingly impacting all aspects of the business; marketing is just one function, after all.

Both had their points. But finally, the debate seems to have been settled in favor of the core business guys. The Chief Digital Officer (CDO) positions in large companies have all been taken up by people with core business background, who have managed SBUs, run different parts of business, understand internal organizational dynamics well. According to an August 2018 study by CIO&Leader, there were 49 Chief Digital Officers in large (excluding media/media-related services) companies in India. As many as 24 of them came from core business background. Only 15 came from technology and seven from marketing background. 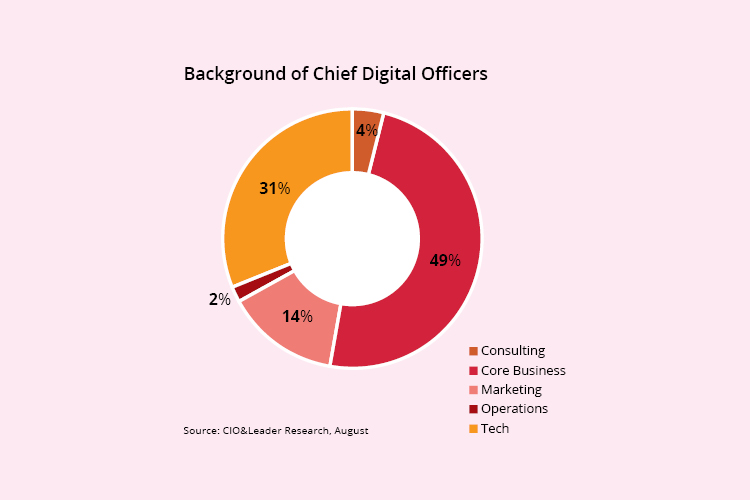 [The consolation for CIOs is that they have won against the arch rivals, CMOs in this one-upmanship game. My rounds of discussion with other CXOs have convinced me that the CIOs’ victory is—at least partially—a result of the comparatively higher level of trust that they enjoy as compared to CMOs with Chief Financial Officers, in some cases their immediate bosses. But that is another story.]

The point I am trying to make here is that the larger transformation role is increasingly being taken up by core business people. In hindsight, it looks fairly logical.

Does that mean the fear about CIOs’ role becoming redundant—something that some analysts and writers have been discussing for last few years—is coming true?

Last year when I was doing a research on digital transformation in manufacturing sector, I spoke to quite a few senior ‘transformers’—the Chief Digital Officers, the Head of Transformation, Chief Strategy Officers, etc. who were leading the transformation in their respective organizations.

Not even one of them told me that CIOs job was unimportant, let alone being redundant. Most of them talked quite respectfully of CIOs.

But the good news ends there.

They justified the CIO’s importance by arguing that as companies go more and more digital, the IT infrastructure to support that kind of digitalization—whether within the company or rented from a service provider—would be bigger and bigger. Managing that would be more and more important. Who would do that, if not the CIOs?

In other words, while they had tremendous respect for CIOs and justification for their utility, they had a completely different expectation from the CIO as compared to what the CIOs themselves believed, which is driving transformation.

Is technology becoming too big to leave it to the technologists?

This shows for new generation business leaders—who do not have a baggage of the past or any prejudices—the CIOs are excellent managers of technology infrastructure. They are the guys who would keep the lights on. And would help in tech evaluation of products.

The CIOs, on the other hand, are busy discussing how they would effectively drive transformation. The lead story, CIO-CEO relationship is based on the CIOs’ viewpoint with this implicit assumption that they would drive it.

The hypothesis is: If technology is becoming more pervasive, the role of the person in charge of technology would only become more important.

In reality, the real question could be: Is technology becoming too important to leave it to the technologists?

There are at least half a dozen other CXOs positions that are vying for responsibilities directly concerning technology.

The most important among them is Chief Digital Officer—a position created to drive transformation and as mentioned above, they are being occupied by core business guys.

The next most prominent position is that of Chief Data Officer (also abbreviates to CDO) who are to deal with analysis of data for business insights and decision making. Of course, this role requires a different hard skillset and typically people with statistics/mathematics background are being hired for this. But that is not justification enough for keeping this outside CIO’s responsibility. The CIO does not have to have all the hard skills.

Then, there is the Chief Transformation Officer—a post created as a project role. These senior executives typically perform the same role as a Chief Digital Officer but with some difference. For one, it has a larger scope, looking at organizational transformation including aspects that do not have a direct relationship with digital. Two, often these are fixed period roles like project assignments. But many decisions concerning application of technology to business are taken by them.

Some companies too have Chief Innovation Officers, who by definition, only drive newer ideas. Since many of the new ideas are closely interwoven with technology, they take major technology decisions.

In some businesses, the Chief Strategy Officers directly look after technology. This is a trend seen in many family-owned companies where new generation family scions often start with this role.

While all these new roles are taking on part of what would otherwise have been a CIO’s role, in many organizations, some of the older CXOs are grabbing some tech-based roles. The good old Chief Information Security Officer (CISO), who in most organizations are/were part of the CIO’s organizations, are now demanding independence, arguing the IT implementation and security compliance roles often have conflict of interest. The fact that they are now expected to do a lot of compliance work is making their position stronger. The regulatory stance in industries like banking and insurance that CISOs should be independent of CIOs has encouraged CISOs in other industries to stake their claim too—to an independent role outside the CIO’s control.

It is not that CIOs are not sensitized to this changing landscape. While many hope that this is a temporary phenomenon—and play ostrich—most others agree that the CIOs must change their thinking; they must think business. They consider upskilling and speaking the language of business to be the solution to this challenge.

My considered opinion—and this is a point of view, nothing more, nothing less—is that probably the big factor is neither skill nor their ability to appreciate business issues. Many CIOs today have a very good grasp of their businesses and challenges.

I would argue that it is the attitude. Many IT leaders are still not proactive. They are role-taking managers. They are excellent problem solvers but expect the problem to be defined for them—even though in business terms. They can translate that to technology and solve the problem using tech.

Here’s a list of questions the new leaders should ask themselves: