Amazon was the No. 1 vendor in the IaaS market in 2017, followed by Microsoft, Alibaba, Google and IBM 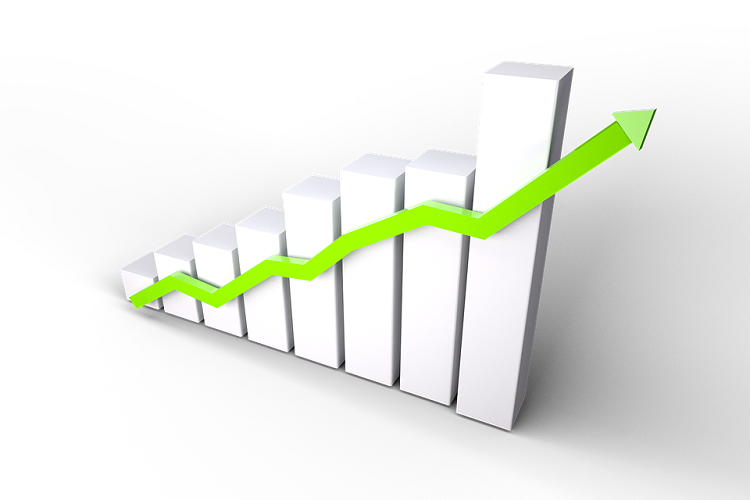 “The top four providers have strong IaaS offerings and saw healthy growth as IaaS adoption is being fully embraced by mainstream organizations and as cloud availability expands into new regions and countries,” said Sid Nag, research director at Gartner. “Cloud-directed IT spending now constitutes more than 20% of the total IT budget for organizations using cloud. Many of these organizations are now using cloud to support production environments and business-critical operations.”

In the IaaS market, the competitive landscape is consolidating around the leaders. The top four providers — Amazon, Microsoft, Alibaba and Google — are all hyperscale IaaS providers and represent approximately 73% of the total IaaS market and 47% of the combined IaaS and infrastructure utility services (IUS) market.

Amazon is the clear leader in the worldwide IaaS market with an estimated USD 12.2 billion revenue in 2017, up 25% from 2016 (see Table 1). The largest of the IaaS providers, Amazon is also the most mature, enterprise-ready provider, with the strongest track record of customer success and the most useful partner ecosystem. Growth in 2017 was driven not only by customers that are migrating from traditional datacenters to cloud IaaS, but also by customers implementing transformational digital business projects, reflecting its broad range of use cases. 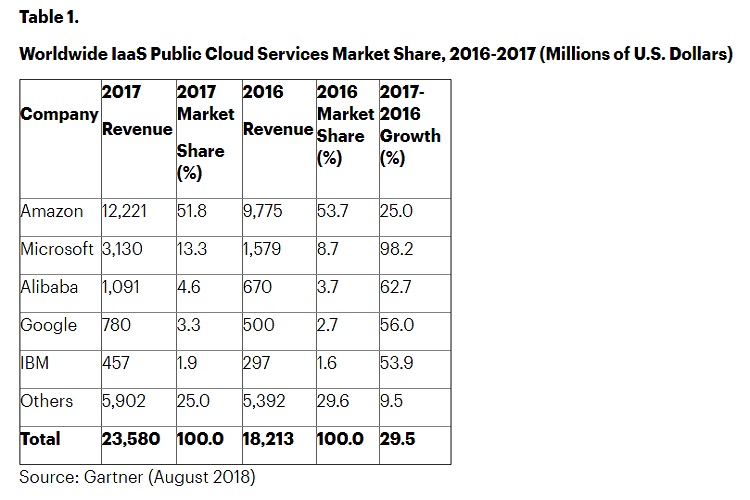 Microsoft secured the No. 2 position in the IaaS market with growth of more than 98% on its IaaS offering, with revenue surpassing USD 3.1 billion in 2017. Microsoft delivers its IaaS capabilities through its Microsoft Azure offering, which is a collection of infrastructure and platform services.

In the third spot, Alibaba’s 2017 growth of 63% reflects the company’s successful investment in research and development (R&D). Alibaba has the financial capability to continue this trend and invest in global expansion, giving the company potential to become over time an alternative to the global hyperscale cloud providers in select regions.

“This reflects a fundamental change in what and how organizations are consuming technology. Some legacy infrastructure offerings, such as IUS, are seeing lower and slower uptake that impacts the combined IaaS and IUS market,” Nag said. “Additionally, a groundswell of demand for cloud-skilled personnel is forcing technology providers to change how they compete to meet this exploding demand.” 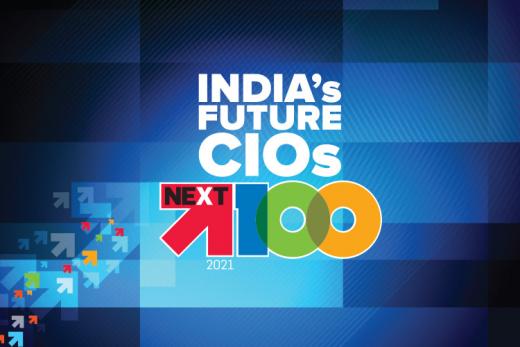 Congratulations to the 12th batch of NEXT100 awardees. It is my pleasure to welcome them to the exclusive NEXT100 club. As we have entered another new year, with the uncertainties over the pandemic...
Jan 24, 2022
71
0