Rushing into blockchain deployments could lead to failed innovation and wasted investment: Gartner

Only 1% of CIOs revealed blockchain deployment is taking place in their organization, with only 8% of CIOs in short-term planning or active experimentation 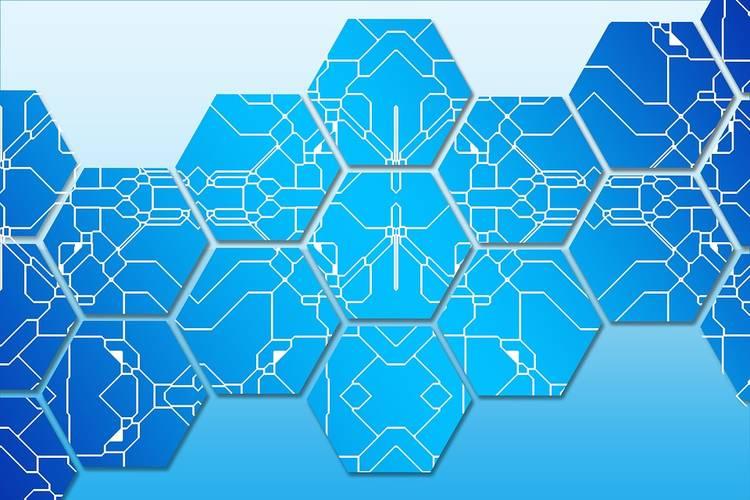 Only 1% of CIOs revealed blockchain deployment is taking place in their organizations, with only 8% of CIOs in short-term planning or active experimentation, according to Gartner’s 2018 CIO Survey. Moreover, 77% of CIOs surveyed indicated that their organization has no interest in the technology and/or no action planned to investigate or develop it.

“This year’s Gartner CIO Survey provides factual evidence about the massively hyped state of blockchain adoption and deployment (see Figure 1),” said David Furlonger, vice president and Gartner Fellow. “It is critical to understand what blockchain is and what it is capable of today, compared to how it will transform companies, industries and society tomorrow.”

Furlonger added that rushing into blockchain deployments could lead organizations to significant problems of failed innovation, wasted investment, rash decisions and even rejection of a game-changing technology. 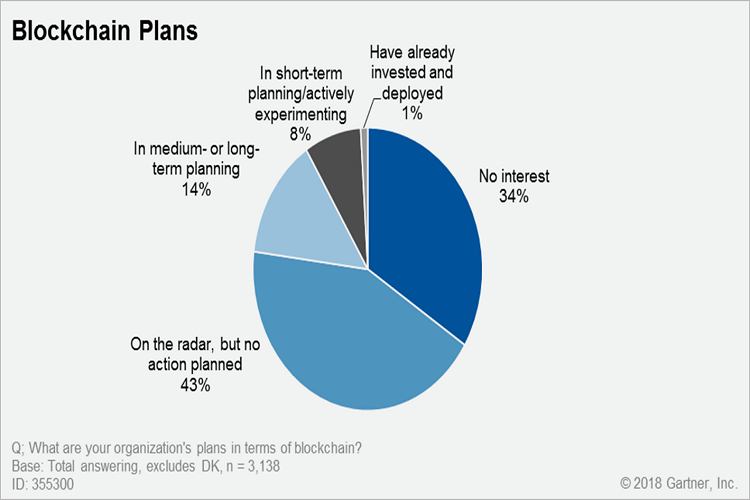 CIOs also recognized that blockchain implementation will change the operating and business model of the organizations, and they indicated a challenge in being ready and able to accommodate this requirement. “Blockchain technology requires understanding of, at a fundamental level, aspects of security, law, value exchange, decentralized governance, process and commercial architectures,” said Furlonger. “It therefore implies that traditional lines of business and organization silos can no longer operate under their historical structures.”

From an industry perspective, CIOs from telecom, insurance and financial services indicated being more actively involved in blockchain planning and experimentation than CIOs from other industries.

While financial services and insurance companies are at the forefront of this activity, the transportation,  government and utilities sectors are now becoming more engaged due to the heavy focus on process efficiency, supply chain and logistics opportunities. For telecom companies, interest lies in a desire to “own the infrastructure wires” and grasp the consumer payment opportunity.

“Blockchain continues its journey on the Gartner Hype Cycle at the Peak of Inflated Expectations. How quickly different industry players navigate the Trough of Disillusionment will be as much about the psychological acceptance of the innovations that blockchain brings as the technology itself,” said Furlonger.

Business, governance and operating models, and designed and implemented pre-digital business will take time to re-engineer. This is because of the ramifications blockchain has concerning control and economics. “While many industries indicate an initial interest in blockchain initiatives, it remains to be seen whether they will accept decentralized, distributed, tokenized networks, or stall as they try to introduce blockchain into legacy value streams and systems,” Furlonger concluded.