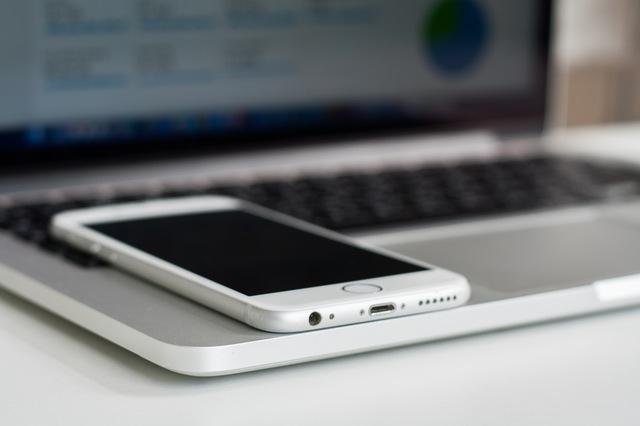 Worldwide combined shipments of PCs, tablets, ultramobiles and mobile phones are projected to remain flat in 2017, according to Gartner Inc. Worldwide shipments for these devices are projected to total 2.3 billion in 2017, the same as 2016 estimates.
There were nearly 7 billion phones, tablets and PCs in use globally by the end of 2016. However, Gartner does not expect any growth in shipments of traditional devices until 2018, when a small increase in ultramobiles and mobile phone shipments is expected.
"The global devices market is stagnating. Mobile phone shipments are only growing in emerging Asia/Pacific markets, and the PC market is just reaching the bottom of its decline," said Ranjit Atwal, Research Director at Gartner.
"As well as declining shipment growth for traditional devices, average selling prices are also beginning to stagnate because of market saturation and a slower rate of innovation," added Atwal. "Consumers have fewer reasons to upgrade or buy traditional devices. They are seeking fresher experiences and applications in emerging categories, such as Head Mounted Displays (HMDs), Virtual Personal Assistant (VPA) speakers and wearables."
The embattled PC market will benefit from a replacement cycle towards the end of this forecast period, returning to growth in 2018. Increasingly, attractive premium ultramobile prices and functionality will entice buyers as traditional PC sales continue to decline. The mobile phone market will also benefit from replacements. There is, however, a difference in replacement activity between mature and emerging markets. "People in emerging markets still see smartphones as their main computing device and replace them more regularly than mature markets," said Atwal.
Worldwide Devices Shipments by Device Type, 2016-2019 (Millions of Units) 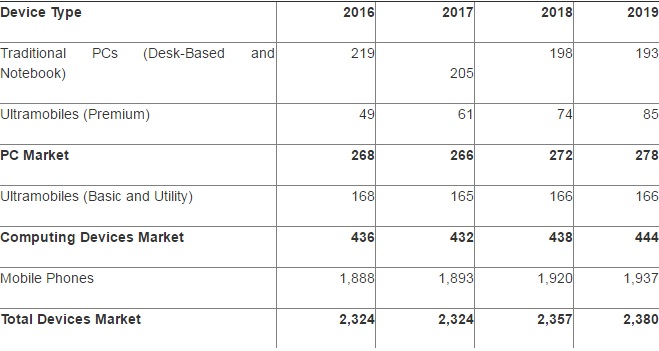 Device vendors are increasingly trying to move into faster-growing emerging device categories. "This requires a shift from a hardware-focused approach to a richer value-added service approach," said Atwal. "As service-led approaches become even more crucial, hardware providers will have to partner with service providers, as they lack the expertise to deliver the service offerings themselves."