37% of the software spend in organizations is wasted: Study

Controlling IT cost is no longer in the radar of CIOs, whose priority has shifted to create business value in many other ways 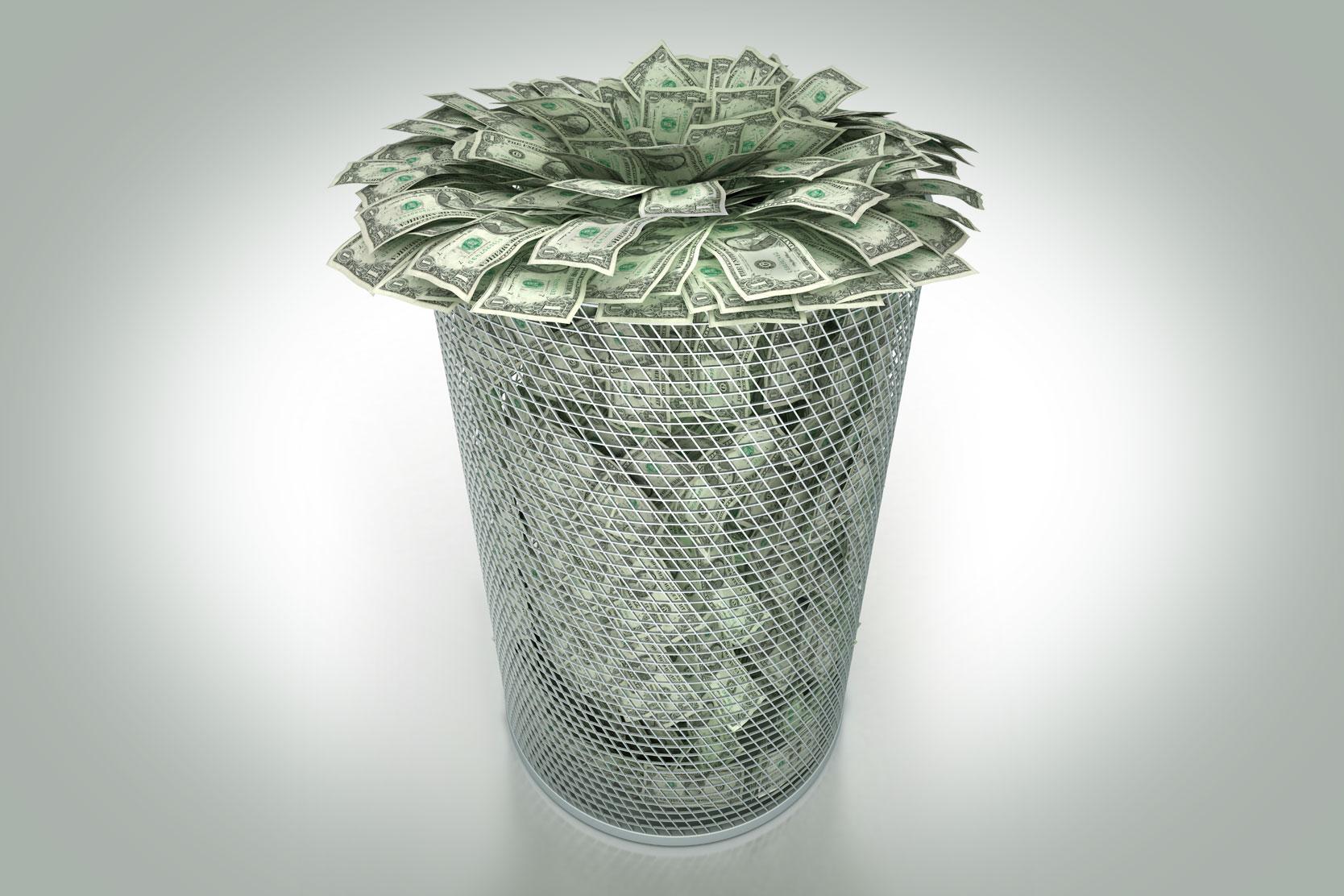 On average, companies are wasting 37% of their software spend, according to a research, The Real Cost of Unused Software – 2015, released by 1E, a UK-based software lifecycle information firm. The company estimates that the cost of this waste, in the US alone, could be worth $30 billion—enough money to feed the world’s hungry.

But why are large corporations allowing such huge proportion—something that would be completely unacceptable in any other part of the business—of software spend to go waste?

The 1E analysis, which covered 3.6 million seats and 1,800 software titles across 129 leading corporations, attributes this to a “a shift in the way organizations approach IT” and changed priorities for CIOs.

“In 2015, CIOs are no longer concerned with driving down costs, but have instead turned their gaze towards adding value. Because of this, eliminating software waste, which is often seen as a cost-cutting exercise, has slipped to a far lower place in their priorities,” says the study, explaining this huge leakage in expenditure.

The study also measures how much spend is wasted by some popular software titles. According to it, Autodesk Inventor had a 61% waste rate in its sample organizations, while MS Visio had 52% waste and Adobe Photoshop had a 43% waste rate. In contrast, MS Office Professional had only a waste rate of 7%. 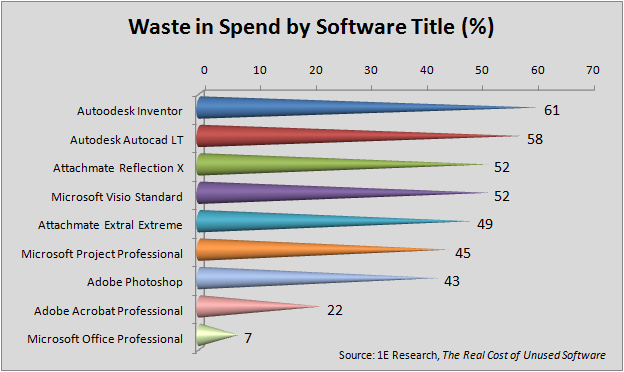 This makes the analysts conclude that the waste is due to acquisition of titles by organizations for a specific project work but continue with it, even though they may not have employees who require their use on a daily basis. Usually, these software are expensive and they add to the cost.

“Having the ability to reclaim and reallocate those resources could save businesses millions of dollars on these titles alone,” concludes the report.

The research says while the proportion of waste is 26% in UK, 34% in Canada, 37% in the US, it is 42% in other regions. Education, Energy and Technology verticals are the biggest wasters with each having a more than 40% wastage rate.

The report says 28% of IT spend occurs outside corporate IT budget (shadow IT) and is expected to grow.