The Business Value of Open Source

Looking beyond the 'liberating' philosophy, the principles of open source can create immense business value 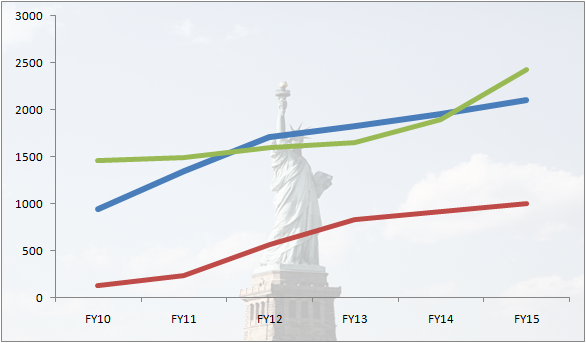 One of the common objections that I hear about open source software is along the lines of “Why do I care about access to the source code? The last thing I want is responsibility for more code.”

Catching the word ‘source’, it is quite easy to jump to the conclusion that it is the only benefit of open source and thus its philosophical system – “software freedom”, is the domain of sandaled revolutionaries fixated on programming.

The free software definition does indeed read like a revolutionary manifesto, partly because that was the intent of its author. The people behind it often eschew the pragmatism of the term ‘open source’ and focus on liberty alone. It’s worth looking behind their philosophy though. I paraphrase the free software definition as guaranteeing the liberty to use, study, modify and distribute software without the need to seek further permission (such as by paying a fee or registering). Those four liberties create value for business

The value of the best-known liberty of open source software is to use it for any purpose, without first having to seek special permission (for example by paying licensing fees)

The fact that there are no barriers to studying the source code and experimenting with it drives the availability of skills and suppliers.

Finally, the freedom to share the software with anyone you wish delivers great business flexibility. You can even include your own enhancements.

When software users are deciding which suppliers to deal with, they need to know whether their software freedoms are being respected and cultivated, not out of a sense of philosophical purity but because their budgets and success depend on it. All the values that differentiate open source for the CIO are the first derivative of freedom. If you had to pay for value, open source would cost far more than proprietary because of these freedoms – a deep irony considering the reverse is true.

Having meaningful markers, governments and larger businesses can use in their procurement to favor open source – the flexible software that lowers costs, avoids lock-in and enables unexpected future uses of data and software