While Huawei and Xiaomi experienced the largest growth in the Quarter, Apple returned to growth after sales declined last Quarter 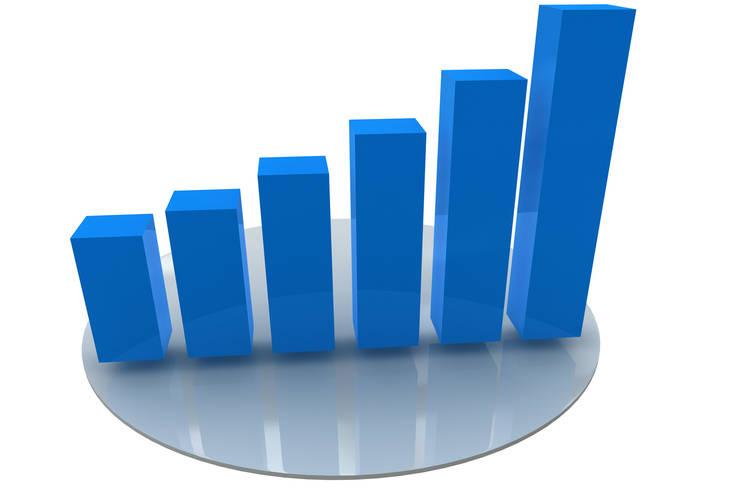 Continued weakness in Greater China’s mobile phone market also limited growth potential for the top global brands, including Chinese brands, such as OPPO and Vivo, with over 70% of their sales coming from Greater China. 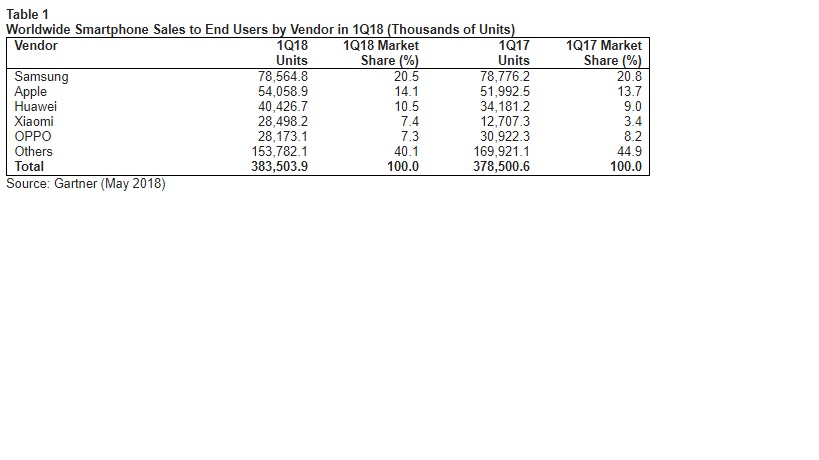 Samsung’s mid-tier smartphones faced continued competition from Chinese brands, which led to unit sales contraction year on year. This is despite the earlier launch of its flagship Galaxy S9/S9+ compared to the S8/S8+ in 2017, and despite the Note 8 having a positive impact on Samsung sales in the first quarter of 2018. Samsung’s smartphone growth rate will remain under pressure through 2018, with Chinese brand’s growing dominance and expansion into Europe and Latin America markets. Samsung is challenged to raise the average selling price (ASP) of its smartphones, while facing increasing competition from Chinese brands that are taking more market share.

The delayed sales boost for Apple from last quarter materialized. Apple’s smartphone unit sales returned to growth in the first quarter of 2018, with an increase of 4% year-on-year.

“Even though demand for Apple’s iPhone X exceeded that of iPhone 8 and iPhone 8 Plus, the vendor struggled to drive significant smartphone replacements, which led to slower-than-expected growth in the first quarter of 2018,” said Gupta. “With its exclusive focus on premium smartphones, Apple needs to significantly raise the overall experience of its next-generation iPhones to trigger replacements and lead to solid growth in the near future.”

“Achieving 18.3% growth in the first quarter of 2018 helped Huawei close the gap with Apple,” said Gupta. “However, its future growth increasingly depends on the vendor ramping up share in Emerging Asia/Pacific and resolving issues in the US market, through the development of a stronger consumer brand. Huawei’s attempt to grow its premium smartphone portfolio with its recent launches of the P20, P20 Pro and Honor 10 helps raise its competitiveness and growth potential.”

Xiaomi was the clear winner of the first quarter, achieving a growth of 124% year-on-year. Xiaomi’s refreshed portfolio of smartphones and aggressive pricing strategy helped it hold the No. 4 spot in the first quarter of 2018. “This strategy led Xiaomi to achieve 330% growth in the Emerging Asia/Pacific region,” said Gupta.

In the smartphone operating system (OS) market, Google’s Android and Apple’s iOS achieved growth in units in the first quarter of 2018, but Android saw its share slightly contract (see Table 2). 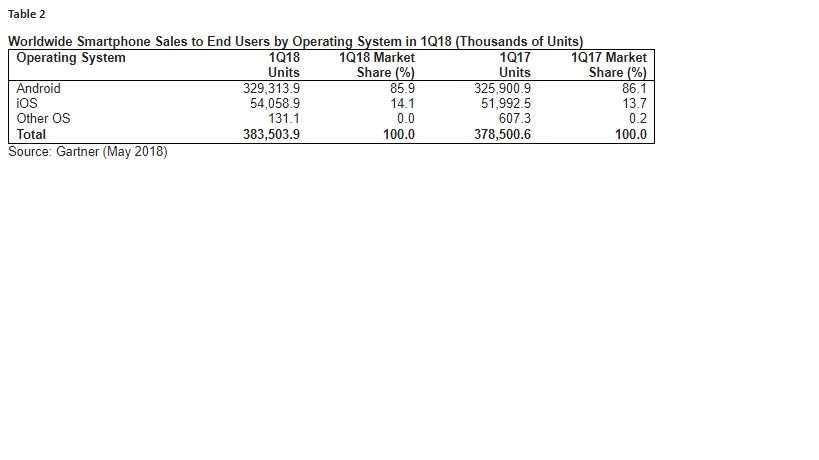