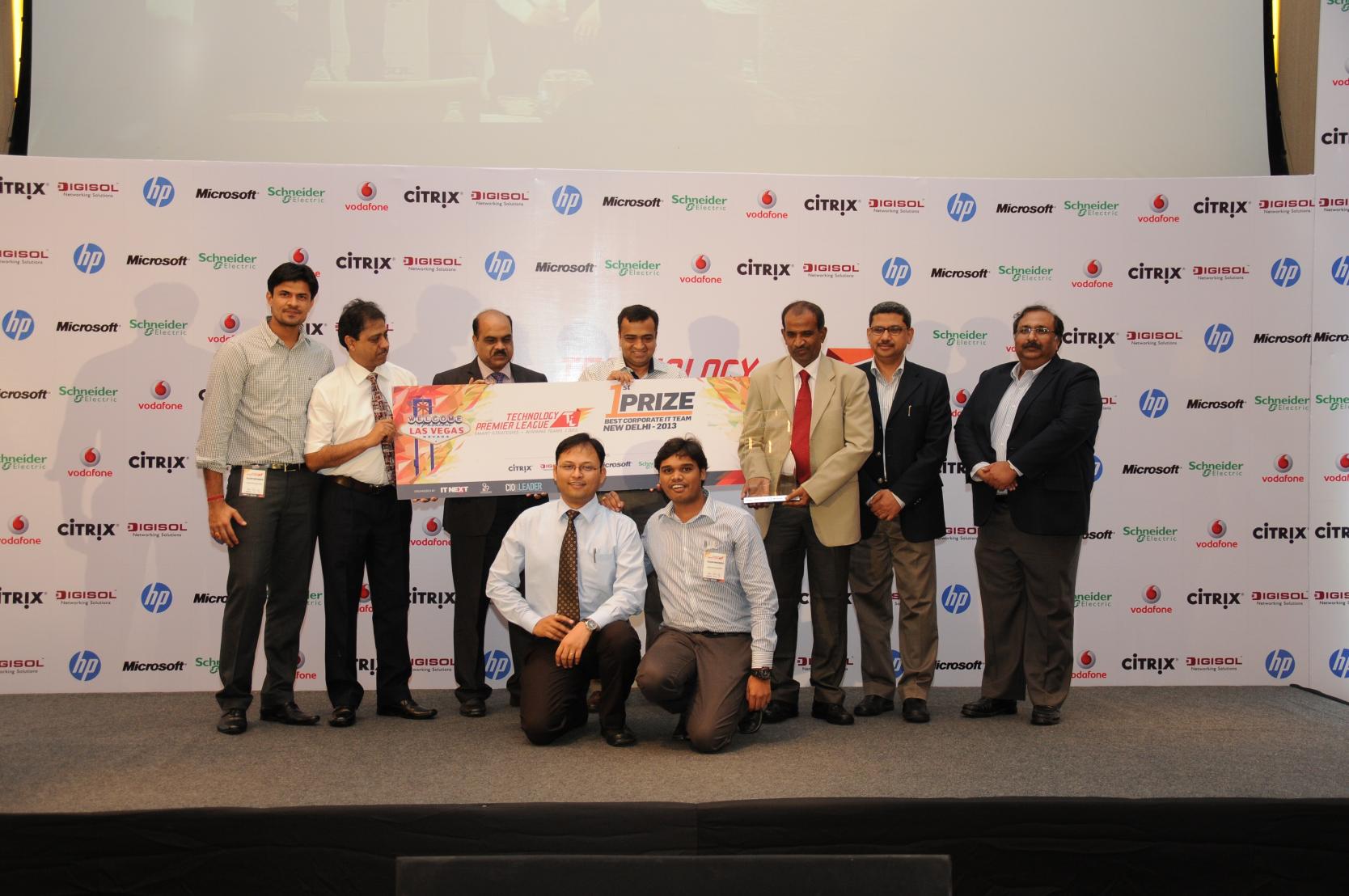 Given the excitement that the recently concluded Bangalore leg of the Technology Premier League (TPL 2013) generated all the 22 teams from and around Delhi who came to participate in the corporate IT team challenge at The Pullman Hotel, Pullman Gurgaon Central Park were gung-ho. Alas, only one could be the winner!

The presentations were made in two rounds. In the first round, called the Elevator Pitch, all the 17 contesting teams made quick, short presentations based on which five teams were shortlisted: Power Grid Corporation of India, Indian Oil Corporation, Ericsson India Global Services, Snap Deal (Jasper Infotech), Amdocs India, and Aon Hewitt.

Once the finalists were announced, other teams could also vote for their favorite team through a secret ballot. These votes were taken into account and collated along with the scores given to the five teams by the jury members after detailed presentations in the second round.

While Indian Oil Corporation lifted the trophy, Power Grid was chosen as the first runner up, followed by Ericsson India Global Services as the second runner up.