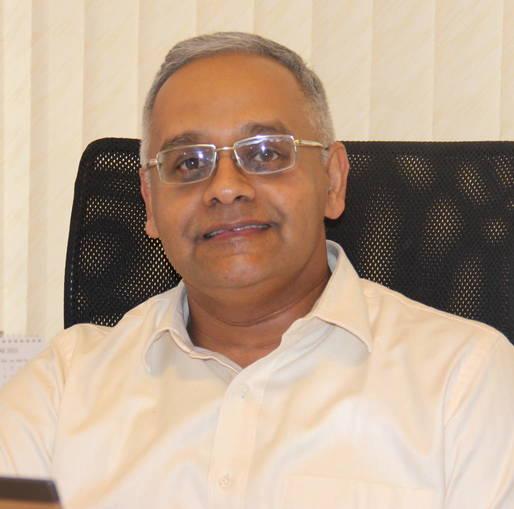 While enterprises are harping on the implementation of a single disruptive technology, here’s an Indian NGO that’s using AI, Blockchain and IoT to feed over a million school children. The AkshayaPatra Foundation’s CEO Shridhar Venkat talks about technology and what sets them apart:

Tell us about some of the projects that you have done in the last few years where technology has played a major role?

The AkshayaPatra Foundation turned to big data analytics to find a way to deliver mid-day meal to government and government-aided schools across the country in a cost effective manner. However, using data analytics to study the number of vehicles used, the time and fuel consumed on each route, it was found that the number of routes could be reduced by five, resulting in the foundation saving of INR 3 lakhs.

What was the reason behind using disruptive technologies, such as artificial intelligence (AI), Internet of Things (IoT) and blockchain for the “Million Meals” project? Tell us about the project from inception to end.

We believe that digitization of data can help us in making controlled decisions and optimizing resources. Instead of manually collecting data, if we collect it digitally, we have real-time data on the cloud. This is beneficial as it enables traceability and decision making. The project was envisaged to address challenges in production and distribution of meals and help us reach out to a larger number of children with more meals.

In the pilot phase, we ran the project for a period of 45 days starting from 15th January. Based on the analysis of data collected during this period, we concluded that these technologies can help on various fronts, including saving man hours and reducing the cooking time, thereby saving the fuel cost. Our initial estimates suggest that if we implement this program in 15 kitchens, we will be able to target 30,240,000 total additional meals every year.

What was Accenture's role in the execution of this project?

We have collaborated with the Accenture Labs, the research and development arm of Accenture, for the Million Meals Project. As a part of this project, they are helping us use disruptive technologies, such as artificial intelligence (AI), the Internet of Things (IoT), and Blockchain, to address the challenges we face in our programme.

We were able to apply Accenture Labs’ technology solutions on four fronts: (i) to collect school feedback, (ii) to track food delivery, (iii) to measure the quantity of food and supplies to be purchased, and (iv) to monitor meal production. It has helped us in collecting feedback from schools and reduced the cycle time for collation of meal indents for the next day. It has helped us in optimizing the kitchen process and use of resources. It has also ensured that the product is consistent on various quality parameters.

How are you evaluating and measuring the ROI on IoT?

We have installed IoT-based sensors in cookers. These sensors record the temperature data and exchange it with the data on cloud every 1-2 minutes. The supervisor updates the sequence of activities for which the time and temperature gets recorded. If the required temperature is not met, it waits till the same is attained and only then the next step is followed. In this manner, IoT helps us monitor time and temperature in real time during the cooking process and take necessary measures in case there is a deviation.

What have been some of the benefits since the deployment of the technologies?

Data entry pertaining to delivery and the next day indent is done at the schools using an Android app now. The data here is minimal and the entry is done in a dialect that they are familiar with to make it both, convenient and accurate. This data is stored on the cloud and reviewed backend on a real-time basis. In either case, the availability of real-time data enables us to make optimum use of resources and thus, empowers us to serve more children more meals.