Not really, but crossing the privacy hurdles require clever application of various security technologies, including integrated solutions by device manufacturers. 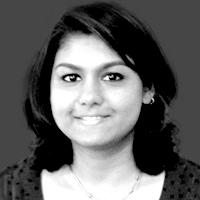 Ruchna Nigam, Security Researcher, FortiGuard Labs, Fortinet, in a chat with IT Next.

The first scenario (case A)  generally manifests itself in the form of zero-day vulnerabilities or existing vulnerabilities that haven't been rectified by vendors. Preventing these is the responsibility of vendors, by being proactive when alerted of a security flaw and/or by keeping security in mind while developing a product. Either way, mitigating these risks is out of the hands of a user.

However, the latter (case B) boils down to the way in which a device is used. This is where a user's security awareness could help by measures such as changing the password that was set by default, choosing a good password, restricting access to these devices to only certain known devices or IP addresses, among others.

Steps as simple as sanitising user inputs, assigning only the required rights to a user, selecting the right permissions for programs running on these devices so they can only be accessed by certain users etc., can prevent many attacks on these devices.

There are indeed attacks that are more advanced in nature – but they also require more work by an attacker, explaining why we don't see these very often.

India led the world with this response when asked about privacy! Is IoT going above the creepy line?
IoT is still in the budding stages both in terms of its use by the common people, and the attacks observed on it. However, with the regular influx of new devices, it won't be long before this situation changes.

These devices present an attack surface that makes the impacts of these attacks more personal. An attacker being able to access an IP camera and spy on you seems a lot more intrusive than having your passwords leaked by a phishing website or Trojan. To give an example of a case seen in the wild, early this year, there were reports of a person hacking into baby monitors merely to yell into them.

In addition, exploitation of Internet-connected security devices such as Lockitron, that allows you to unlock your front door with the use of a smartphone, can expose you to graver physical dangers.

In many cases, these devices are also connected to smartphones, which would mean the loss of your smartphone also puts other connected devices at risk. Inversely, an Internet-connected appliance that has been infiltrated could expose the rest of your network and devices connected on it to risk as well.

In short, the expanse of the attack surface in the case of IoT, makes it an interesting and lucrative target for attackers and a concern for vendors. Hence, they should be set up and used with caution by users.

Do we have integrared solutions to protect IoT including application security, remote connection authentication, virtual private networks, malware and botnet protection?
The Internet of Things promises many benefits to end-users, but also presents grave security and data privacy challenges. Crossing these hurdles will require clever application of various security technologies, including remote connection authentication, virtual private networks between end-users and their connected homes, malware and botnet protection, and application security − applied on premises, in the cloud and as an integrated solution by device manufacturers.

The FortiGate network security platform acts as a wireless controller for FortiAP Thin Access Points, while providing firewall, VPN, intrusion prevention, application control, web filtering and many other security and network capabilities. These platforms meet the requirements of any network including homes.