Indian Enterprises will Witness the Rise of SSD 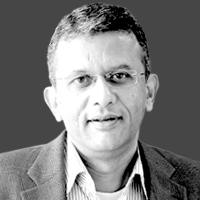 How is the SSD market shaping up in India?

In advanced memory technology, Samsung’s focus has been in the SSD segment. We were amongst the first to recognise the strategic importance of SSDs. Now, we are recognised in the industry as one of the leaders in the segment.

According to the latest “Gartner Forecast Analysis: NAND, Worldwide, 1Q14 Update" , the global SSD market is expected to rapidly increase from US $11.04 billion in revenues in 2013 to approximately US $14.47 billion in 2014 and US $23.54 billion in 2017. We were amongst the first to recognize the strategic importance of SSDs and are now recognized as industry leaders in the segment.

Similar to the global outlook, India is rapidly growing in the overall storage segment comprising of SSDs with the need of the enterprises as well as consumers on constant rise. This trend can be attributed to proliferation of devices and enormous growth of digital data.

India, as one of emerging IT markets globally, has growing SSD market and has huge potential in SSD along with premium & high-end PC market. Enterprises specifically are looking for higher capacity and performance from SSDs and Samsung is rightly positioned owing to their superior performance and quality products.

Samsung’s focus on various industries and investments in NAND research space is a significant reason for our success in the semiconductor space.

With the launch of 845 DC Pro and 845 DC Evo, how is SSD going to disrupt the data centre and enterprise landscape in India?

Considering the emergence of trends like mobility, cloud, proliferation of devices, etc., enterprises face challenges with regard to storage and access of this data. As a result of these, enterprises are on a constant lookout for new solutions for their storage requirements, and are turning to Solid State Drives (SSD) for efficiency and enhancing overall performance. We expect that there will be consistent investment in infrastructure for data centres due to the rapid expansion of the mobile market, and it is important for enterprises to secure higher performance by optimising its existing facilities – while maximising overall storage operation costs by taking power bills and maintenance costs into account. From the TCO point of view, the global trend is shifting of data centre storage from HDD to SSD.

Being the global leader in the SSD segment, Samsung has put in a lot of efforts in product evolution to better suit the needs of enterprises. With the rapid rise in connected devices – and their capability to access more and more virtual information, CIOs are considering SSD technology as the most effective tool to help enhance the speed of serving data to all these users – as well as improving cost efficiency over a shorter period of time.

With Samsung 845 PRO V-NAND SSD coming to the market, it is ideal for use in enterprises. Samsung's V-NAND features a proprietary vertical cell structure and represents a breakthrough in overcoming the density limit – that is currently faced in planar NAND architecture used in conventional flash memory – yielding significant speed, endurance and energy efficiency improvements.

845 PRO V-NAND SSD has the best optimized solution for write-intensive applications with heavier workloads, such as Server Virtualization, Email, Database and Application Servers. The 845DC PRO drives deliver best in class sustained performance, and  reinforced random write performance of up to 51,000 IOPS and a sequential write speed of 460 megabytes per second (MB/s)

The drives carry significantly enhanced endurance through Samsung’s industry-first 3D V-NAND technology, which uses vertically stacked cell layers to break through the current scaling limit for existing NAND flash technology. They are built with Samsung’s superior performance and industry-leading reliability, and are capable of handling 10 full capacity drive writes per day. The 845DC PRO has a five-year limited warranty.

But 845DC EVO has been designed and built for sustained performance, low latency and high endurance in read-intensive data centre applications, such as video/content streaming, application and web servers. Utilising Samsung's advanced 10-nanometer class 3-bit NAND flash memory, the firmware and controller of the Samsung 845DC EVO are based on the Samsung PM853T SSD, which has been tested and qualified for data centre and server system compatibility by leading server system manufacturers and global internet service companies.

Especially, the 845DC EVO SSD is ideal for small and medium business system integration and data centre use, while the PM853T provides a customised solution for OEM server manufacturers and large data centres. Available in 240 gigabyte (GB), 480GB and 960GB storage capacities, the Samsung 845DC EVO features high reliability and endurance. It delivers sequential read speeds of up to 530 megabytes per second (MB/s) and 87,000 IOPS for random reads, while offering a warranty of up to 600 TBW (Total Bytes Written). Samsung 845DC EVO's active power consumption is approximately 4 watts, which is as little as 25 per cent of that of equivalent HDD technology for the data centre.

How will V-NAND technology benefit Indian CIOs to align with datacenter pain-points, such as power consumption, density and endurance?

Samsung's new 3D V-NAND will be used for a wide range of consumer electronics and enterprise applications, including Solid State Drives (SSDs). Consumers can expect their handheld computers to perform better for longer periods of time between charges. Datacenter managers can expect increased productivity and longevity while saving on their power bills. There are many immediate benefits that are associated with this technology including more capacity, faster speed, greater endurance and better power efficiency.

V-NAND works faster, consumes lower voltage and runs longer (2~10 times longer) than PLANAR NAND. Once CIOs decide to swap HDD with SSD, they can reduce management costs by replacing HDD every six months at the worst case – as well as contribute in conserving the global environment by lowering power consumption.

Over the past 15 years, NAND Flash memory cell structure has gone from 120nm scale to 16nm scale. Along with this drastically shrinking structure, its capacity has grown by 100 times. Moreover, Samsung's three-dimensional Vertical NAND Flash memory (3D V-NAND) breaks free of the scaling limit for existing NAND Flash technology. Samsung has developed a new structure through its first 24-layer V-NAND. With our V -NAND technology, we will continue to lead the NAND flash market and consolidate our position further.

How aggressive is the pricing of 845 DC Pro going to be?

Samsung stays committed to offering competitive value to its customers as part of its bid toward creating shared value (CSV) through reduced costs and optimized IT expenditure efficiencies. Samsung’s proprietary V-NAND technology supports the progression toward superior performance and overall cost efficiencies.

How are you going to partner with the Data centres and CIOs/ITDMs to bring this new revolution into the limelight of Indian enterprise landscape?

Since most SSDs use NAND-based flash memory, which retains data without power, it aids in reducing the power consumption. The biggest bang for the buck, despite a higher per GB pricing, comes from vastly improved performance.

Samsung is planning to strengthen its co-operative system to supply the best SSD solutions customised to the diverse IT environments for our Indian customers.

There has been a huge surge in attacks against VPN due to remote work, according to Nuspire’s 2021 Q1 Threat Landscape Report. Sourced from its 90 billion traffic logs, the report outlines new...
Jun 15, 2021
52
0