Do CFOs Influence Compensation Packages for IT Teams? 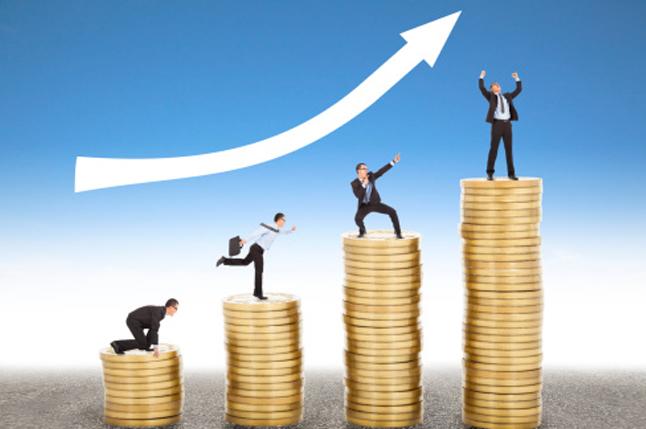 CFOs do have a say in prescribing compensation packages for senior IT teams, though they may not get involved in the recruitment process. Well, the differentiator here is that the CTC varies with the quality of the candidates in terms of the credentials they carry with respect to driving better RoI on projects.

Rajesh Magow, Co-founder & CFO, MakeMytrip, argues that good quality people in the IT space are always compensated well. “One has to look for the right candidate keeping in mind the relevant tech skills and other soft skills needed. The more the clarity in your mind about the type of person you need, the easier it would be to find him. It is hard to find a 100 per cent fit for any role, for that matter; so, it’s a judgment call, at the end of the day,” says Magow.

“Most often IT  teams fail to  lay down the  processes and  spell out clear  SLAs and act as  facilitators. We  do not need the  senior IT team  member when  he acts just as  a facilitator”

CM Sharma, CFO of Aegis Ltd., drives home the point that IT teams are paid more than that required going by the job expertise they carry. “It is important for IT teams to articulate clearly and take a realistic approach in defining the technology road map or project road map, if it has to impress the finance department,” says Sharma.

Sumit Agarwal, CFO of Zovi.com, is not closely involved in the hiring process, but arguably states that the instructions to HR is to spot the right senior IT teams who have the right skills, and the right candidate gets paid enough.

Job expectations
It is generally straight forward with the CFOs who deal with the money who are eager to put a straight cut on the budget. Most CFOs argue that IT teams need to pre-empt the reduction in the budget when it goes to the CFO for approval, if the project is not well scoped or clearly articulated.

Sharma observes, “Even after the IT teams arrive at the final project details and create a business case detailing the financial aspects after discussion with varied teams and seeking their demands, it has to be vetted finally by the finance head--which can, in most possible cases, put a straight cut of 40 per cent on the proposed spend.”

Magow expects the IT team to meet the organisation’s tech goal with timely and quality deliveryof the development project.

“CTO needs to play a strategic role to define the tech roadmap for the company aligned to the business goals  as well as lead tech innovation in the company,” affirms Magow. With changing market needs, Sumit Agarwal directs the IT team to build the required IT solutions that can cater to the changing business environment and needs.

“Even after IT teams arrive at the final project details detailing the financial aspects after discussion with teams, it has to be vetted finally by the finance head --which can, in most possible cases, put a straight cut of 40 per cent on the proposed spend”

Do IT skills matter to finance?
Contrary to popular belief, CFOs do have insights into various IT skills that are needed to enhance the performance and drive business value. They seem to be clued into the latest technology trends that could help in the business.

Magow observes that besides the regular academic degree in engineering, they should need to look at building skills in niche areas like web security, analytics, big data, and modern tech infra architecture and so on.

The job prospects for IT, according to Magow, seems to be good; he urges techies to look for stability in an organisation for at least three years if not more, lest it does not reflect well on the resume in the long run.

Magow recommends the hiring process to have the first level of screening done with the relevant written test of technical skills and aptitude test--which becomes a key component of the filtering process--and then go in for personal interaction. Zovi’s Agarwal reiterates the fact that IT managers should not only be experts in providing technological solutions, but be able to perform a quasi-business role.

Agarwal says, “In technology driven start-up companies where the IT budget is driven by CEO, CTO and CFO together, emphasis is not about cutting the budget for driving profitability.” Sharma argues that it is critical to have IT performance measurement metrics in an enterprise to gauge IT skills and capabilities and also assess how much the IT team is clued into understanding business goals. “IT teams often fail to lay down the processes and spell out clear SLAs. Introducing vendors to the business is not enough as we want senior IT team to stop acting as just a facilitator,” remarks Sharma.