By deciding to focus solely on the high-end server and software markets, HP is now following the IBM way. 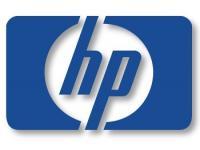 HP had released its TouchPad with much fanfare, but the device failed to enthuse the market. In smartphone business, the PC giant makes even less of a stir. According to IDC, the top 5 manufacturers sell three quarters of the world's smartphones, and HP isnt one of them. Now the company has decided to call it a day in the Tablet, as well as smartphone, arena. However, most investors dont care that HP is now withdrawing completely from the Tablet and smartphone space, what they do care about is the companys PC business, which is a source of a major chunk of revenues.

In getting out of the PC business, HP is following the strategy that IBM has used earlier. IBM was once the worlds foremost PC maker, but the company realised that the PC business was fraught with long-term problems and so in 2005 it sold its PC arm to Chinas Lenovo. Other American companies like Compaq (acquired by HP), Gateway, Packard Bell, etc. have also been acquired by others or just faded out of existence. Even a top American PC company like Dell has to struggle very hard for the market share that it holds.

The world came to know about HPs intention of getting out of the PC business when Leo Apotheker, the chief executive of Hewlett-Packard said that the company would explore options for its PC business that could involve a sale of the division. Apotheker blamed the rise of tablets for the sluggish PC business. People who would traditionally buy tablets are now buying desktops and laptops. He said, The tablet effect is real. Perhaps instead of blaming the tablet effect, Apotheker could have mentioned the Apple effect. Because survey after survey shows that iPad is the only tablet that people can identify with.

The end of the companys smartphone ambitions also comes as a complete surprise. In 2009, HP had paid $1.8 billion for smartphone maker Palm. At that time analysts had reasoned that HP was buying the company mostly for the webOS that powers popular devices. The TouchPad that HP has introduced in the market is based on webOS. The device won good reviews, but it could not match the iPad or even the army of Google Android-based gadgets. The failure of the TouchPad has made HP realise that the company needs a course correction. The companys dilemma becomes understandable from these words of Leo Apotheker, The PC business is very different from where the business was going 10 years ago.

Investors are jittery because they feel that the management is moving too fast. As a result there has been a huge sell off in HP shares. On Fridays closing the companys shares had already plunged by 20 percent to $23.60, erasing about $12 billion in market value. The stock is now at its six-year lows. It is clear that the company cannot take its investors for granted. Another worrying factor that is driving the sell-off in HP shares is the high price at which HP has purchased the British software firm, Autonomy. HP is paying a whopping $10 billion for a company with only about $1 billion in annual revenue.

Meanwhile Michael S. Dell, Dells chief executive, did not loose the opportunity of poking fun at the prospect of HP unloading its PC unit by saying in a message on Twitter that theyre calling it a separation, but it feels like a divorce. With the intention of delivering even more sarcasm, he tweeted, If HP spins off its computer business ... maybe they will call it Compaq. As of now Michael Dell can enjoy the moment, but the truth is that Dell is fighting for market share in the same competitive environment in which HP has been defeated. The PC sales are flat. Dell has been forced to withdraw temporarily from tablet space, as its Dell Streak didnt do well.

Some analysts continue to express the opinion that Tablet PCs are a passing fad. But according to Forrester Research, the sale of Tablet PCs is all set to outpace those of devices like netbooks, mini-laptops that people currently use to surf the net.