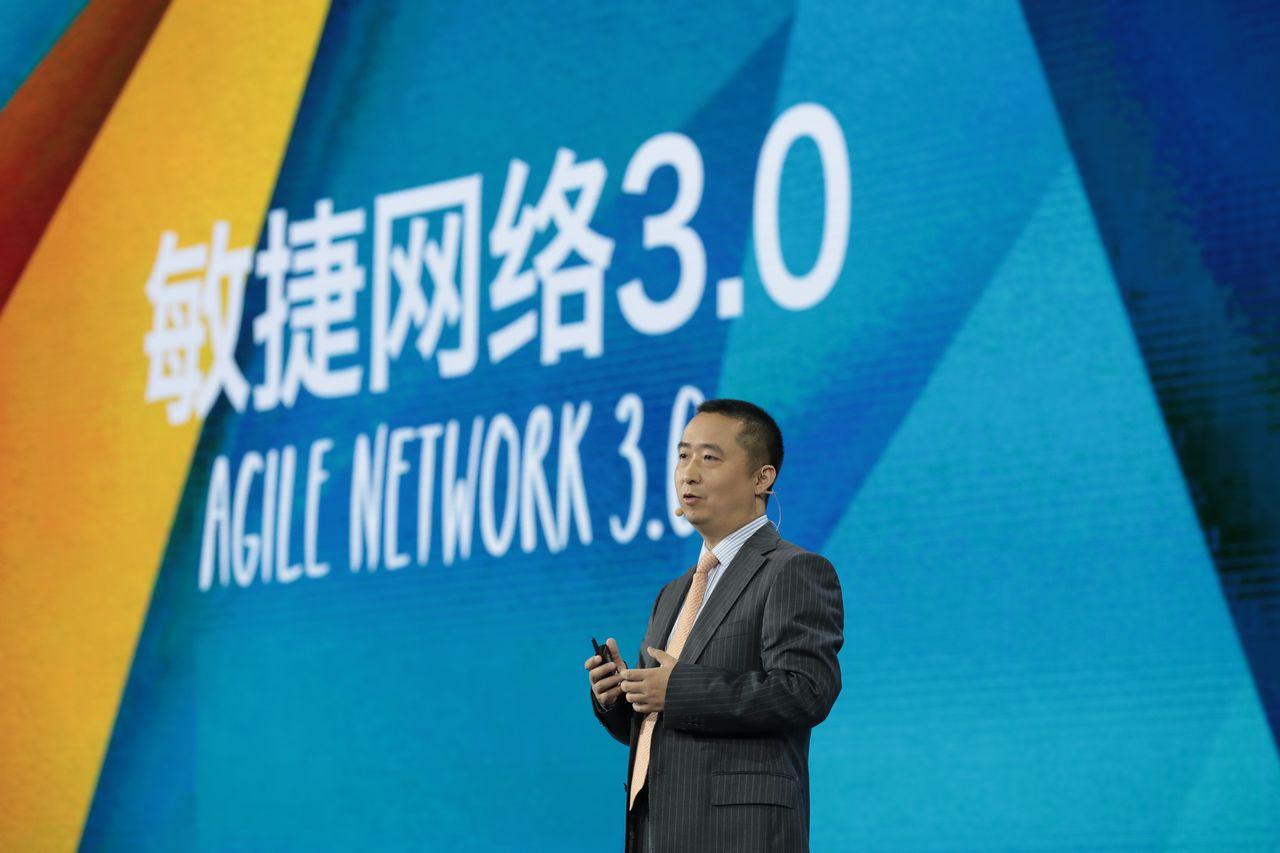 With thousands of new types of devices connecting to the Internet every day, the traditional network architecture is being overwhelmed. That’s because many of these devices have limited functionality and intelligence, and are often automating single functions like sensing and monitoring. “In ten years more than 100 billion connections will be created, and two million new sensors will be deployed every hour. Our current networks cannot provide the connectivity to support this,” asserts William Xu, Chief Strategy and Marketing Officer at Huawei.

To handle the demands of the IoT (Internet of Things) environment that includes smart factories, connected vehicles, wearable devices, smart buildings and smart cities, Huawei has extended its enterprise networking product line. The company has developed three new components—an IoT gateway, an IoT controller and the LiteOS. “The explosive growth in IoT requires not only a new network architecture, but also greater standardization of the ICT infrastructure. This will enable quick development and deployment of useful applications,” Xu explains.

Underpinning Huawei’s IoT strategy is LiteOS, a lightweight open source operating system specifically created for IoT devices. “The OS has a footprint of just 10 KB, and it supports zero configuration, auto-discovery, and auto-networking,” Lu says. Automatic discovery and ad-hoc networking enables LiteOS devices to find each other and establish a mesh network after powering on. Comprising less than 10,000 lines of code, the LiteOS has been architected for fast response time (10-6 seconds), and is designed to consume very little power. The OS can run on hardware platforms with restricted resources such as MCUs and ARM embedded processors, and can be used for applications involving data collection and real-time control.  LiteOS also supports Zigbee and LTE connectivity, and its APIs are POSIX compatible.

“LiteOS will help simplify the development of smart hardware. Since it is open source, developers will be able to quickly customize it for their specific IoT implementations and products,” says Liu Shaowei, President of Huawei’s Switch and Enterprise Communication Product Line. The source code for LiteOS is available on GitHub.

Another key device in the IoT enablement chain is the gateway that links the sensing layer to the Internet. Generally, IoT terminals or endpoints (like sensors, controllers, meters, and smart devices) are aggregated at an IoT gateway either by wired links (like RS 248, RS 245, Ethernet, etc) or wireless modes (RF, ZigBee, Bluetooth, Wi-Fi, etc). The IoT gateways themselves are connected to the IP network through wired modes (Ethernet or xDSL), or wireless (2G, 3G, 4G or 5G).

Since there are a wide variety of industry standards and protocols for IoT terminals (existing and emerging), IoT gateways need to be compatible and interoperable with many of them, if they are to be useful. In addition, with increasing number of latency-sensitive scenarios that require high reliability (which cannot be supported by traditional lossy TCP/IP protocol), the IoT gateway may need to provide local computing capabilities as well. Huawei has developed a series of IoT gateways that have 17 types of IoT interfaces to handle the needs of various specialized applications. The gateways can also dynamically load protocols from Huawei's agile controller to ensure seamless interoperability between new and proprietary protocols.

By leveraging SDN and Network Functions Virtualization (NFV), the gateways can run different types of applications at the network edge to enable low latency and high reliability services. Says Shaowie, “We have developed three kinds of IoT gateways: switching routers, routers and ICT converged gateways. All of them are industrial grade devices, and are ideal for harsh and demanding environments, including factories and transportation applications.”

The third component of Huawei's IoT architecture is the IoT controller. This software platform enables central control and management of tens of millions of IoT terminals, and connected gateways. It can authenticate all connected IoT terminals and gateways, distribute computing resources, manage IoT applications, and provide data management. The controller can also receive instructions from other industry applications to control the connected IoT terminals—making it easy to integrate automation systems.

Huawei is also collaborating with upstream and downstream partners under its Business-driven ICT Infrastructure (BDII) initiative. Yan Lida, President of Huawei Enterprise Business Group says, “BDII envisages joint innovation between Huawei and its partners. This will result in differentiated and cutting-edge solutions that will help drive business transformation.” Shaowei adds,”Over the last three years we have already developed a series of IoT solutions for buildings, electricity meters, vehicles, factories, retail outlets, and street lights. I am optimistic that our partners will develop and introduce many new and useful solutions this year as well.”

The lack of technology skills is contributing to a dent in productivity as workers struggle to adapt to working from home over prolonged periods, according to a Questionmark study. So, employers need...
Jul 03, 2020
453
0