Why You Shouldn't Overload Your Teams

A hunt for talent isn’t a new problem for India Inc. Talk to business owners and most would say getting bright, committed employees is very often as tough as cracking that business deal. The crunch gets worse when you need to fill for temporary positions—to get a new project up and going, readying a new pilot or even scoping out a new market. It’s an opportunity companies like StaffOnContract, which brings together individuals and firms for contractual positions are aiming to successfully chip at. 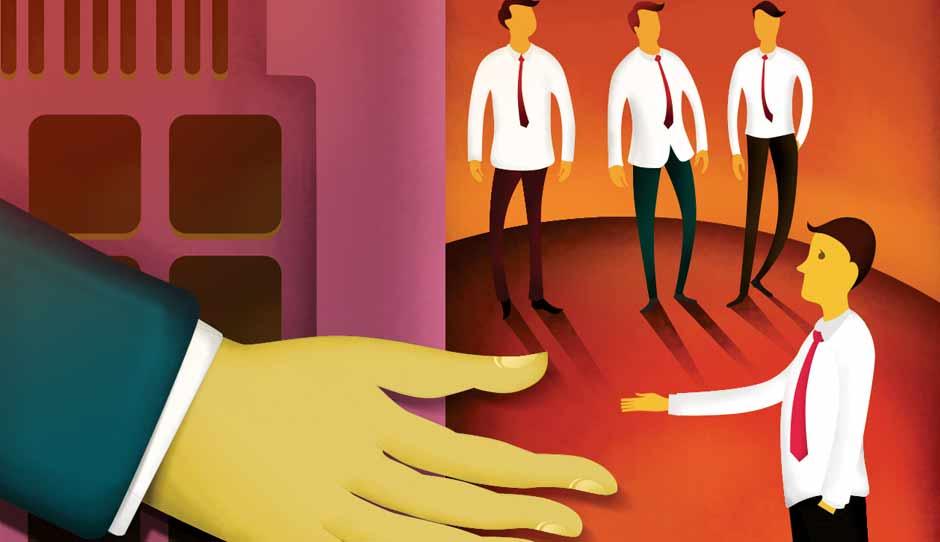 A hunt for talent isn’t a new problem for India Inc. Talk to business owners and most would say getting bright, committed employees is very often as tough as cracking that business deal. The crunch gets worse when you need to fill for temporary positions—to get a new project up and going, readying a new pilot or even scoping out a new market. It’s an opportunity companies like StaffOnContract, which brings together individuals and firms for contractual positions are aiming to successfully chip at.

“The trend is here to stay,” says Chetan Indap, CEO and co-founder of the Delhi-based company. “Large companies don’t want to spend resources on training a newbie. Individuals know that freshers aren’t taken seriously in established brands unless they come with three to five years of experience,” he reveals.

As a trend, sub-contracting was introduced by IT firms in the 1990s when top IT names outsourced projects to smaller vendors to cope up with rising wages and attrition. The projects that were outsourced were limited to commodity skills like designing a specific or specialised software or customer service. Though IT firms pioneered the concept in India, other industries are sure to take advantage.

The firm does not have to allocate resources for the interview, training and the induction of the employee into the company.

“By 2015, India will have five million jobs, out of which 20 per cent will be contractual in nature and will be industry agnostic. In 2020, the percentage will increase to 35,” says Indap whose current contractual supply side consists of 600-plus SMEs and 2,000-plus independent consultants. He’s at the nascent grade of the curve but is confident the concept will be hot property in a year or two. “It’s worked very well in the West. It will change the entire face of the hiring game in India,” Indap says enthusiastically.

In India, it’s a boon as companies struggle to negotiate a hot job market which has led to unreasonable salary demands and employee terms. In this scenario, it’s more prudent for an established firm to outsource their work rather than bring on somebody full-time who costs the earth. For the many international companies scouting around for deals or looking to set up base in India, contractual staffing is a special bonus. It’s faster, smarter and cheaper to hire local talent till the company gets its processes in place, and knows how to navigate its new environment.

Right now, unsurprisingly, as is expected from new trends, rules are sketchy. In fact, the very definition of “contractual staffing”, is mostly used loosely and interchangeably with temporary staffing and freelancing. Unlike temporary staffing where low level blue-collar workers are hired for a period of three months, people hired under contractual staffing may work in a company for a period of six to 12 months. Plus, these are specialists with credentials and experience under their belt.

For companies, the cost benefits are substantial, sometimes to the tune of 25 per cent. “The firm does not have to allocate resources for the interview, training and the induction of the employee into the company,” explains Indap. Costs like severance pay, provident fund and medical insurance are also saved completely.

The concept isn’t limited to individual staffing though. Full project teams can be deployed at client locations at one go. Often, these are teams leased out by smaller companies. It offers them an unprecedented, networking opportunity when through agents like StaffOnContract they “rent” out their teams, and build goodwill, expertise and experience. “Smaller boutique firms can get their hands on projects and instead of working against them, larger companies find it smart to work with them,” explains Ketan Zaveri, CEO at M-Power Human Resource.

It worked out very well for Blue Chip Computer Consultants, a business consultancy and product development firm, too. Blue Chip successfully contracted its services to ABM Knowledge Ware, an information technology company providing e-Governance solutions, and killed two birds with one stone. First, it brought in much-needed revenue and added ABM’s illustrious name to its roster of partners and associates.

Some others firms are beginning to see similar advantage. “We get ready made assignments. Plus we now have exposure to new clients every day,” adds Santosh Singh, managing director of Abyss & Horizon Consulting, who has placed his technical resources at several client sites. At Abyss & Horizon, profits have increased and turnover has ramped up by more than 25 per cent. Singh has also got a chance to work with marquee names such as Larsen&Toubro, CTS, Accenture and Datamatics.

Of course, these examples are only a trickle right now. StaffOnContract’s Indap wants to give things a push but there is a lot that needs to be sorted out. “The adoption of such a concept in other industries is slow,” admits Indap.

“There is always a hitch. It’s difficult to trust a team member who isn’t in-house. And, there are worries about quality and integrity,” admits Singh. Maya Basak, a human resource manager at Games2Win, an online gaming platform, says she definitely didn’t strike gold. Online platforms like StaffOnContract don’t yet offer much choice, she says. “We needed people on a contractual basis and posted the openings online. We got mostly irrelevant responses,” says she.

Indap says companies need to get imaginative about the possibilities. They can sub-contract to not-for-profits and build some goodwill in the process. “It’s great for their image and a positive way to give back.”