The pandemic has not just convinced the manufacturing industry to digitize faster, it has also made the manufacturing OEMs—whose slowness in changing has often been cited as a major roadblock for manufacturing digitization—realize that they have no other way but to change 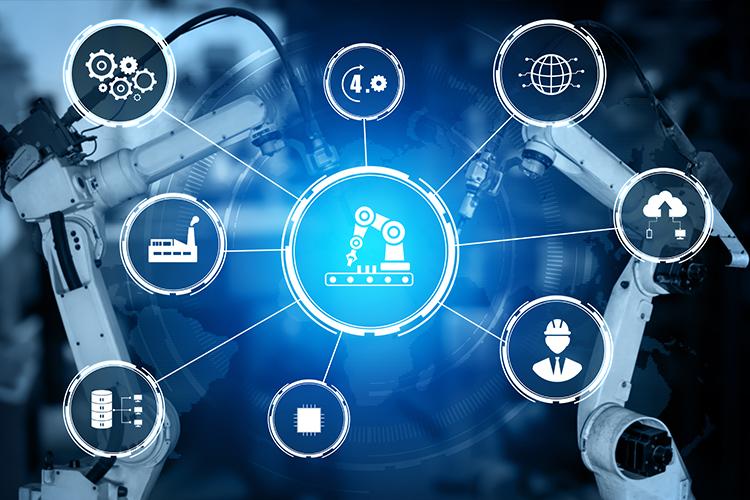 Industry 4.0 has been a buzzword for the last 4-5 years. While the top management has been enthusiastic about the idea, there are stark ground realities that have prevented companies from transforming to what can be called true Industry 4.0 practices. There have been issues. And there have been gaps.
Finally, it seems things are falling in place. I think there are four foundational technology components that have come together to make the Industry 4.0 dream a reality.
The first pillar is sensor technologies—read IoT—which many erroneously consider as synonymous with Industry 4.0. Many organizations invested in IoT in a piecemeal manner and have managed to automate some operational sub-functions through that. But as many of them have realized, Industry 4.0 still remains a distant dream.
The second foundational component is Artificial Intelligence and Machine Learning. This could be called a truly transformational force. There are compelling use cases, from specific ones like quality improvements and plant safety to comprehensive applications like smart factories that have convinced the manufacturing system owners—not just top management and CIOs—to embrace digitization in a big way.
While the above two components—IoT and AI—have transformational potential, organizations have not been able to realize their true value because of the lack of underlying infrastructure—right computing and connectivity technologies.
One of those enabling technologies is edge computing—the topic for the ITNEXT July 2021 Issue’s Cover Story—which has enthused the operational technology owners while presenting a feasible technology model to turn many of the possibilities presented by AI into reality. That is the third foundational component of the Industry 4.0 journey.
The fourth and final foundational technology pillar is 5G. 5G is a disrupting technology that completes the foundation needed to build Industry 4.0. Its ability to handle large volume of data at high speed and its reach—which is a major factor for manufacturing industries whose factories are often in remote locations—makes it an extremely useful component.
In addition to the four foundational technologies, one factor that has acted as catalyst for accelerating the Industry 4.0 journey is the pandemic. It has not just convinced the manufacturing industry to digitize faster, it has also made the manufacturing OEMs—whose slowness in changing has often been cited as a major roadblock for manufacturing digitization—realize that they have no other way but to change.
With all the blocks in place, it is now time to see how fast we can see Industry 4.0 practices being adopted in India.
Read the ITNEXT July 2021 Magazine
Article Tags:
Edge computing
Industry 4.0
manufacturing
5G
ITNEXT July 2021 Magazine