Q4 enterprise spending on cloud infrastructure services were just over USD 37 billion, USD 4 billion higher than the previous quarter and up 35% from the fourth quarter of 2019 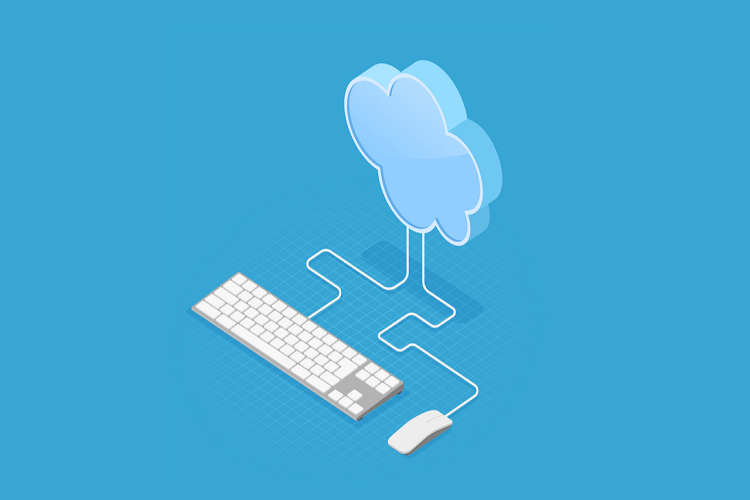 Q4 enterprise spending on cloud infrastructure services were just over USD 37 billion, USD 4 billion higher than the previous quarter and up 35% from the fourth quarter of 2019, according to Synergy Research Group. Notably, for the second successive quarter the year-on-year growth rate increased, which is unusual for such a large, high-growth market. It has taken just nine quarters for the market to double in size. While Amazon and Microsoft continue to account for over half of the worldwide market, Microsoft once again gained ground on its larger rival and hit the milestone of achieving a 20% worldwide market share. Microsoft, Google and Alibaba have all steadily gained market share over the last four years, though it has not been at the expense of market leader Amazon. Amazon’s market share has stayed in the 32-34% band throughout that four-year period. The market share losers have been the large group of smaller cloud providers, who collectively have lost 13 percentage points of market share over the last 16 quarters. Among the long tail of small cloud providers or large companies with only a small position in the market, the most prominent companies are IBM, Salesforce, Tencent, Oracle, NTT, Baidu, SAP, Fujitsu and Rackspace. 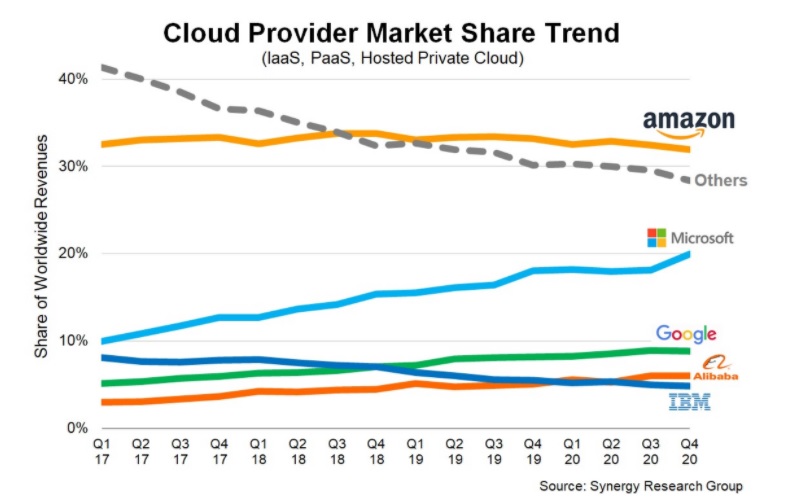 With most of the major cloud providers having now released their earnings data for Q4, Synergy estimates that quarterly cloud infrastructure service revenues (including IaaS, PaaS and hosted private cloud services) were USD 37.1 billion, resulting in full-year 2020 revenues of USD 129 billion. Public IaaS and PaaS services account for the bulk of the market and those grew by 36% in Q4. The dominance of the major cloud providers is even more pronounced in public cloud, where the top five control 80% of the market. Geographically, the cloud market continues to grow strongly in all regions of the world.

“2020 ended with a bang for the cloud market, as the sequential jump of USD 4 billion from Q3 easily set a new record for cloud providers’ incremental revenue growth,” said John Dinsdale, a Chief Analyst at Synergy Research Group. “Amazon and Microsoft tend to overshadow the market, with Amazon share staying at well over 30% and Microsoft growing its share from 10% to 20% over 16 quarters. However, after excluding those two, the rest of the market is still growing by over 30% per year, pointing to growth opportunities for many of the smaller cloud providers.”

As the idea of a four-day work week continues to gain traction across India, almost two-thirds of full-time employees in the country (62%) would prefer the flexibility to work whenever they want over...
Jun 21, 2022
1,613
0