Why CISOs need a different kind of planning to handle it? 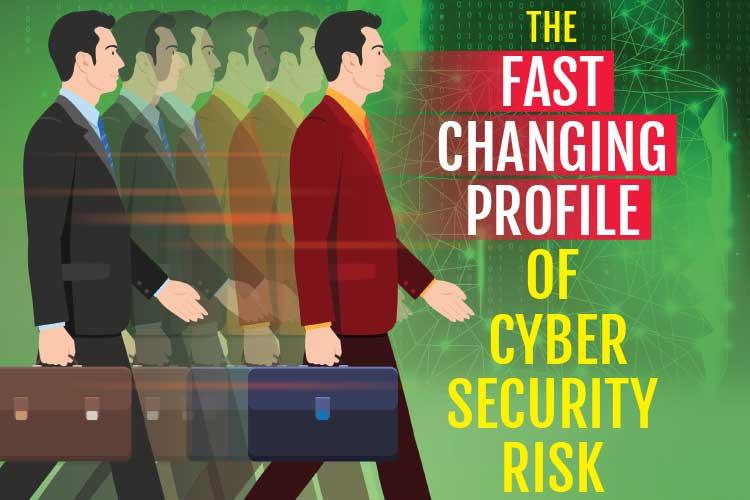 The annual Global Risk Report (GRR) of Geneva-based global think tank, the World Economic Forum (WEF), based on its Global Risk Perception Survey, is arguably the most important current risk assessment statement at a global level. This report hugely influences the risk planning strategy of global businesses, financial institutions and world governments.
In this year’s GRR, two cyber security risks—data fraud/theft and cyberattacks—were identified as two of the five most likely risks for 2019, next only to extreme weather events, future of climate change mitigation & adaptation and natural disaster—and ahead of such risks as man-made environmental disasters, large-scale involuntary migration, biodiversity loss and ecosystem collapse, water crises and asset bubbles in a major economy.
The WEF GRR also ranks the risks in terms of impact. Cyberattacks was ranked as the seventh most impactful risk, along with such risks as weapons of mass destruction, extreme weather events, future of climate change mitigation & adaptation, and natural disasters.
According to the GRR 2019, a large majority of respondents expected increased risks in 2019 of cyberattacks leading to theft of money and data (82%) and disruption of operations (80%). Around two-thirds of respondents expect the risks associated with fake news and identity theft to increase in 2019, while three-fifths said the same about loss of privacy to companies and governments. 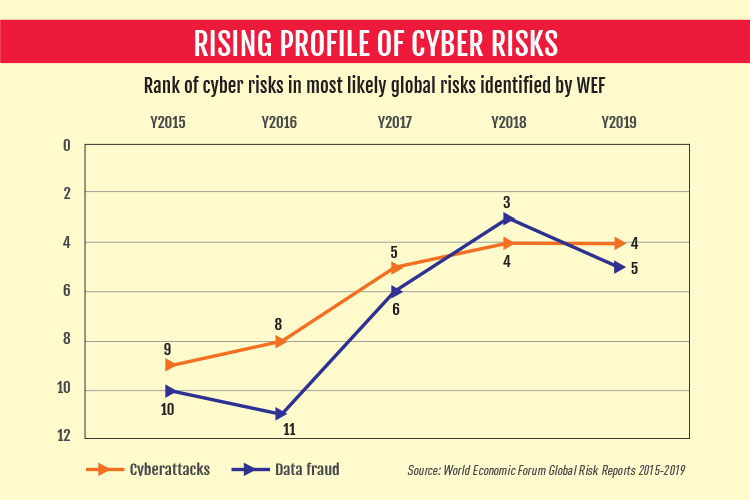 The 2019 report is not an isolated example of a GRR counting cyber risks among the top global risks. The likelihood of cyber risks has consistently gone up in the WEF annual surveys. In 2015, data fraud ranked as the 9th most likely global risk in the year’s GRR. It has consistently risen as a risk to rank as the 4th most likely this year. Similarly, just three years back—in 2016, cyberattacks were seen as the 11th most likely risk, which is today ranked as the fifth most likely. In short, the high likelihood factors associated with cyber risks are not an accidental one-off phenomenon; its rise as a global risk has been gradual and consistent.
Cyber risk as a corporate risk
While the GRR tries to assess the risk from the point of view of a broader global community—that includes governments, multilateral agencies and financial institutions—how serious are the businesses about cyber risks.
A survey conducted in 2018 by insurance broking and risk management company Marsh and IT major Microsoft shows how companies see the seriousness of cyber risk. According to the Marsh-Microsoft Cyber Perception Survey,nearly two-thirds of survey respondents see cyber risk being among their organization’s top five risk management priorities. That is roughly double the percentage who rated cyber that high in a survey Marsh conducted in 2016. From the companies that the research covered, 56% ranked cyber security risks among their top five risks and a small but significant number—6% of all companies—ranked it as the biggest risk! 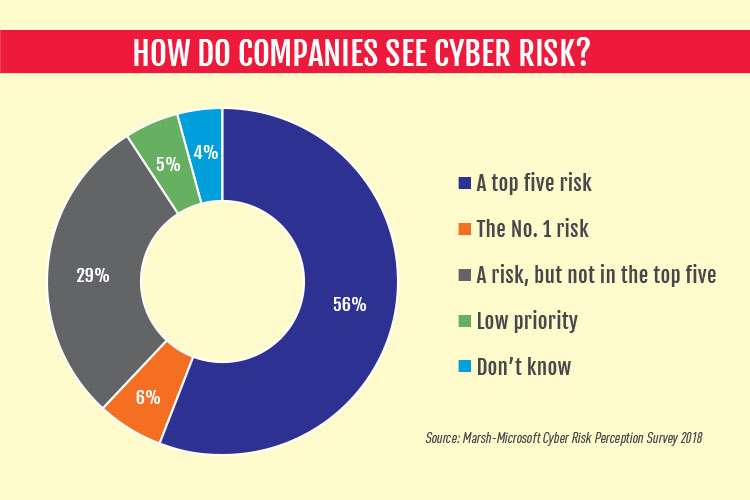