UCaaS to grow rapidly over the next five years: Study

A Synergy Research Group (SRG) study reveals UCaaS will grow by an average annual rate of 26% over the next five years, with growth being increasingly driven by enterprise customers 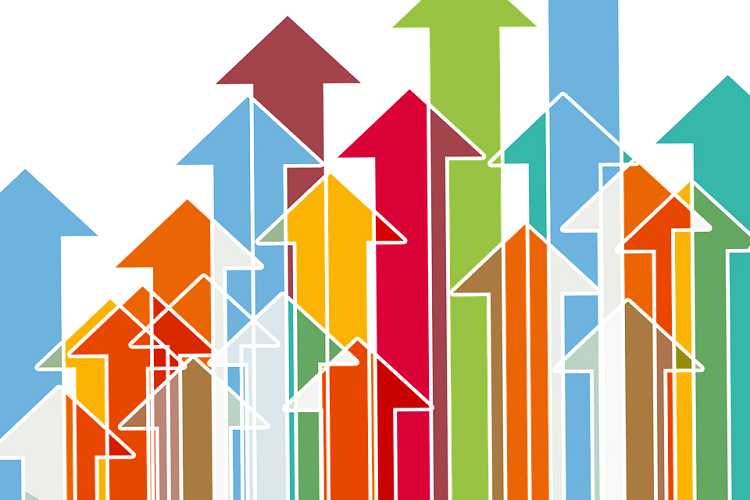 The installed base of UCaaS subscribers will grow by an average annual rate of 26% over the next five years, with growth being increasingly driven by enterprise customers, according to Synergy Research Group (SRG). Small and mid-sized businesses still account for almost 90% of all UCaaS subscribers, but the enterprise segment is growing far more rapidly. In 2018 the number of enterprise UCaaS subscribers grew by 57% while the mid-market and small business segments grew by 36% and 23% respectively. In terms of UCaaS service providers, each segment had a different market share leader, with Fuze leading in enterprise, RingCentral in mid-market and Mitel in small business. Other notable UCaaS providers include Cisco (Broadsoft), 8x8, Vonage, LogMeIn and Broadview. 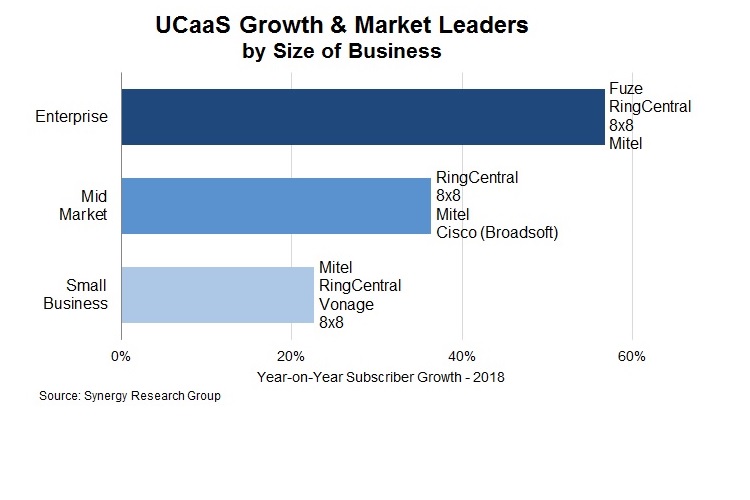 Total UCaaS subscriber numbers are now well over the eight million mark and have doubled since late 2015, with the market split between retail and wholesale business models. On the larger retail side RingCentral and 8x8 are the leading providers and in the wholesale Mitel and Cisco/Broadsoft lead. The worldwide market continues to be dominated by the US, with market development still being in the early days in most other countries.

“UCaaS took off in the small and mid-market segments first. We are now seeing UCaaS growth rates in small businesses start to tail off a little, while growth in the mid-market remains strong. But it is in the nascent enterprise segment where UCaaS growth is really booming,” said Jeremy Duke, Synergy Research Group’s founder and Chief Analyst. “UCaaS penetration of the PBX installed base has barely passed the 10% mark so we project continued strong growth throughout the forecast period. UCaaS growth will be particularly strong in the enterprise market and also in countries beyond the US.”