Over the last 24 months, quarterly spend on datacenter hardware and software has grown by 28%, driven by burgeoning demand for cloud services and increased prices for more fully featured servers 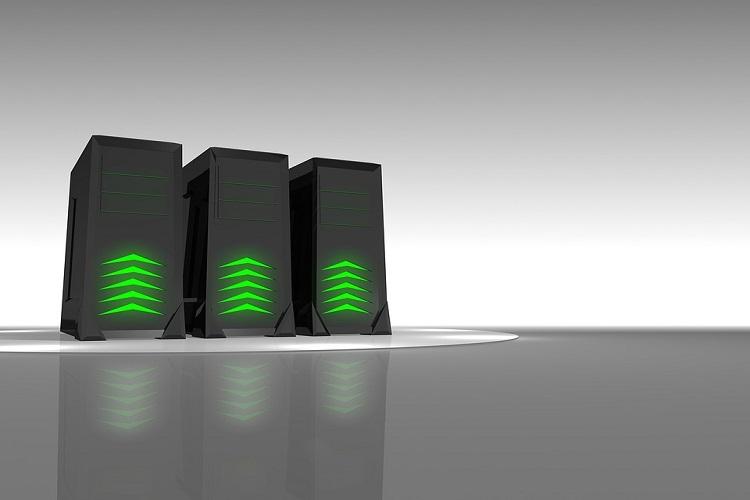 Over the last 24 months, quarterly spend on datacenter hardware and software has grown by 28%, driven by burgeoning demand for cloud services and increased prices for more fully featured servers, according to Synergy Research Group (SRG)’s new Q2 data. The main beneficiaries have been vendors supplying public cloud infrastructure, who have seen a 54% growth in revenues over the period. Growth for enterprise datacenter infrastructure has been much lower and spending was actually in slow decline until the recent spike in server demand and pricing gave vendor revenues a boost. Within the enterprise it is private cloud infrastructure that is driving spending with a 45% increase since the second quarter of 2016. In terms of market share, ODMs in aggregate account for the largest portion of the public cloud market, with Dell EMC being the leading individual vendor, followed by Cisco and HPE. The Q2 market leader in private cloud was Dell EMC, followed by Microsoft and HPE. The same three vendors led in the non-cloud datacenter market, though with a different ranking. 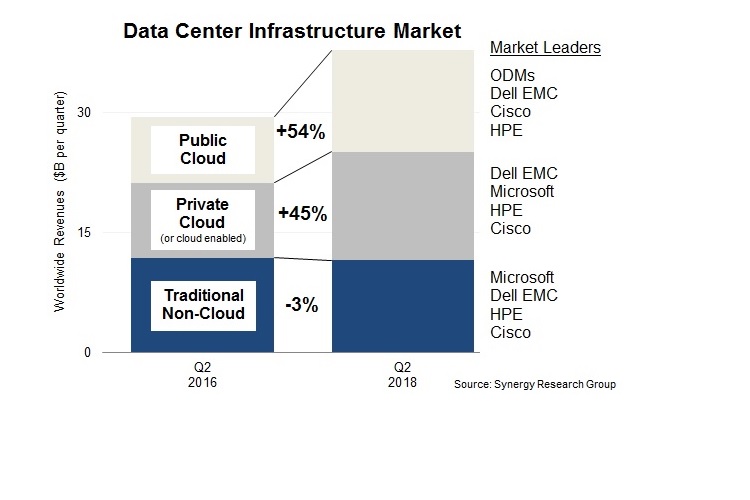 Total datacenter infrastructure equipment revenues, including both cloud and non-cloud, hardware and software, were USD 38 billion in the second quarter, with public cloud infrastructure accounting for a third of the total. Private cloud or cloud-enabled infrastructure accounted for over a third of the total. Servers, OS, storage, networking and virtualization software combined accounted for 96% of the Q2 datacenter infrastructure market, with the balance comprising network security and management software. By segment, Dell EMC is the leader in both server and storage revenues, while Cisco is dominant in the networking segment. Microsoft features heavily in the rankings due to its position in server OS and virtualization applications. Outside of these three, the other leading vendors in the market are HPE, IBM, VMware, Lenovo, Huawei, Inspur and NetApp.