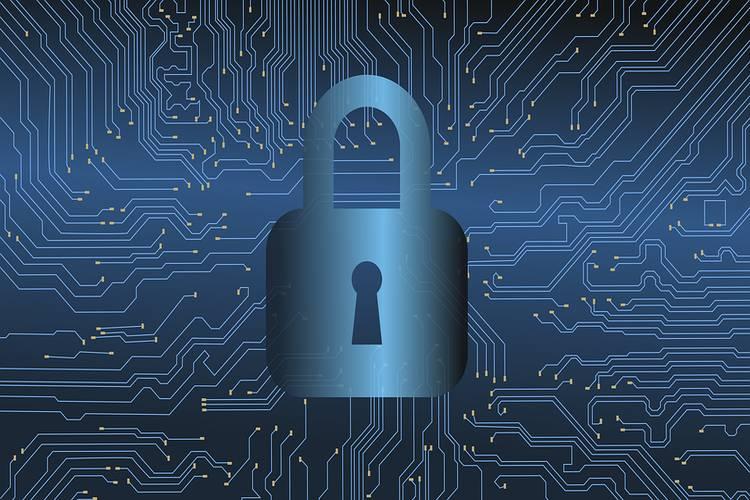 With ransomware and distributed denial of service (DDoS) attacks on the rise, the average number of focused cyberattacks per organization has more than doubled this year compared to the previous 12 months (232 through January 2018 versus 106 through January 2017). In the face of these growing cyber threats, organizations are demonstrating far more success in detecting and blocking them, according to a new study from Accenture.

Yet, despite making significant progress, only two out of five organizations are currently investing in breakthrough technologies like machine learning, artificial intelligence (AI) and automation, indicating there is even more ground to be gained by increasing investment in cyber resilient innovations and solutions.

The study was conducted from January to mid-March 2018 and investigated focused attacks defined as having the potential to both penetrate network defenses and cause damage, or extract high-value assets and processes from within organizations. Despite the increased pressure of ransomware attacks, which more than doubled in frequency last year, the study found organizations are upping their game and now preventing 87% of all focused attacks compared to 70% in 2017. However, with 13% of focused attacks penetrating defenses, organizations are still facing an average of 30 successful security breaches per year which cause damage or result in the loss of high-value assets.

“Only one in eight focused cyberattacks are getting through versus one in three last year, indicating that organizations are doing a better job of preventing data from being hacked, stolen or leaked,” said Kelly Bissell, managing director of Accenture Security. “While the findings of this study demonstrate that organizations are performing better at mitigating the impact of cyberattacks, they still have more work to do. Building investment capacity for wise security investments must be a priority for those organizations who want to close the gap on successful attacks even further. For business leaders who continue to invest in and embrace new technologies, reaching a sustainable level of cyber resilience could become a reality for many organizations in the next two to three years. That’s an encouraging projection.” 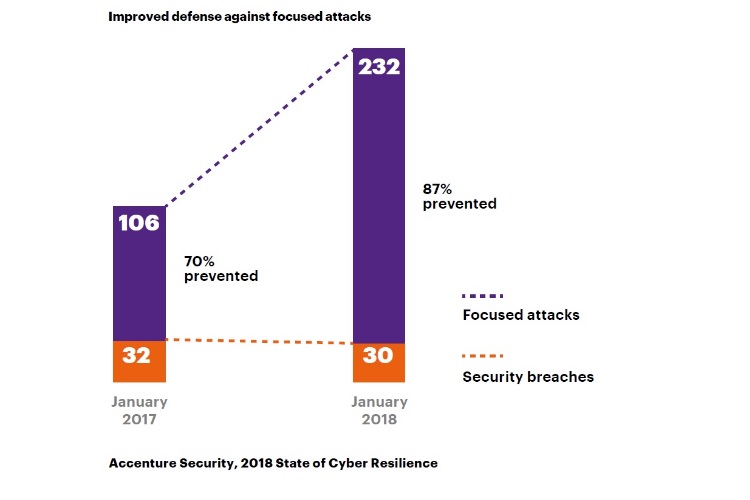 Security Teams Find Breaches Faster
It’s also taking less time to detect a security breach; from months and years to now days and weeks. On average, 89% of respondents said their internal security teams detected breaches within one month compared to only 32% of teams last year. This year, 55% of organizations took one week or less to detect a breach compared to 10% last year.

Although companies are detecting breaches faster, security teams are still only finding 64% of them, which is similar to last year, and they’re collaborating with others outside their organizations to find the remaining breaches. This underscores the importance of collaborative efforts among business and government sectors to stop cyberattacks. When asked how they learn about attacks that the security team has been unable to detect, respondents indicated that more than one-third (38%) are found by white-hat hackers or through a peer or competitor (up from 15%, comparatively, in 2017). Interestingly, only 15% of undetected breaches are found through law enforcement, which is down from 32% the previous year.

Addressing Cybersecurity from the Inside Out
On average, respondents said only two-thirds (67%) of their organization is actively protected by their cybersecurity program. And, while external incidents continue to pose a serious threat, the survey reveals that organizations should not forget about the enemy from within. Two of the top three cyberattacks with the highest frequency and greatest impact are internal attacks and accidentally published information.

When asked which capabilities were most needed to fill gaps in their cybersecurity solutions, the top two responses were cyber threat analytics and security monitoring (46% each). Organizations realize the benefits derived from investing in emerging technologies. A large majority of respondents (83%) agree that new technologies such as artificial intelligence, machine or deep learning, user behavior analytics, and blockchain are essential to securing the future of organizations.

Five steps organizations can take to achieve cyber resilience include: