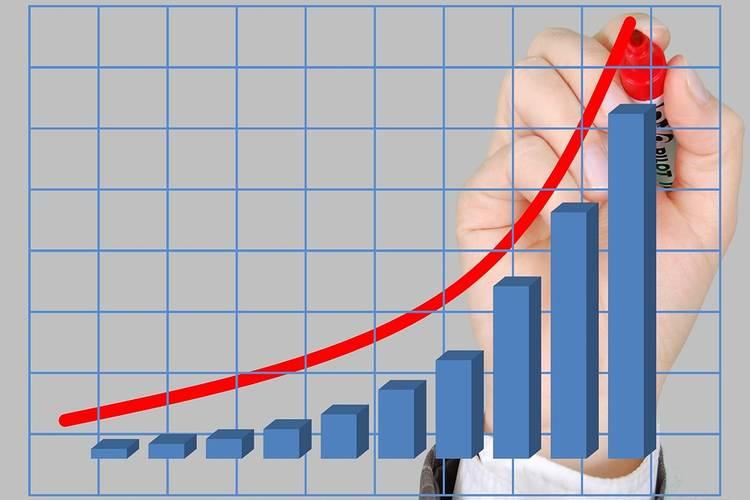 New data from Synergy Research Group shows that across six key cloud services and infrastructure market segments, operator and vendor revenues for the four quarters ending September 2017 reached USD 180 billion, having grown by 24% on an annualized basis. IaaS & PaaS services had the highest growth rate at 47%, followed by enterprise SaaS at 31% and hosted private cloud infrastructure services at 30%. 2016 was notable as the year in which spend on cloud services overtook spend on hardware and software used to build public and private clouds, and in 2017 the gap widened. In aggregate cloud service markets are now growing over three times more quickly than cloud infrastructure hardware and software. Companies that featured the most prominently among the 2017 market segment leaders were Amazon/AWS, Microsoft, IBM, Salesforce, Dell EMC, HPE and Cisco. 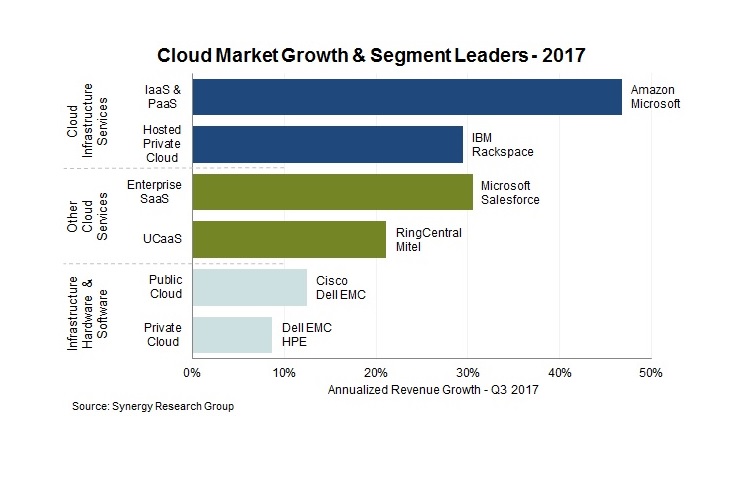 Over the period Q4 2016 to Q3 2017, total spend on hardware and software to build cloud infrastructure approached USD 80 billion, split evenly between public and private clouds, though spend on public cloud is growing more rapidly. Infrastructure investments by cloud service providers helped them to generate over USD 100 billion in revenues from cloud infrastructure services (IaaS, PaaS, hosted private cloud services) and enterprise SaaS – in addition to which that cloud provider infrastructure supports internet services such as search, social networking, email, e-commerce and gaming. Meanwhile UCaaS, while in many ways a different type of market, is also growing strongly and is driving some radical changes in business communications.

“We tagged 2015 as the year when cloud became mainstream and 2016 as the year when cloud started to dominate many IT market segments. In 2017 cloud was the new normal,” said John Dinsdale, a Chief Analyst and Research Director at Synergy Research Group. “Major barriers to cloud adoption are now almost a thing of the past, with previously perceived weaknesses such as security now often seen as strengths. Cloud technologies are now generating massive revenues for cloud service providers and technology vendors and we forecast that current market growth rates will decline only slowly over the next five years.”

The lack of technology skills is contributing to a dent in productivity as workers struggle to adapt to working from home over prolonged periods, according to a Questionmark study. So, employers need...
Jul 03, 2020
406
0