As per the study, global shipments of PCs, tablets and smartphones will exceed 2.35 billion units in 2018 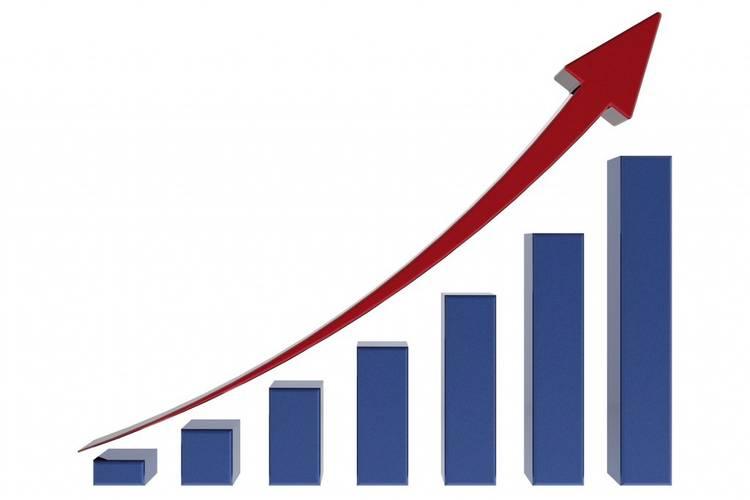 Global shipments of PCs, tablets and smartphones will exceed 2.35 billion units in 2018, an increase of 2.0% from 2017, according to Gartner. This would be the highest year-over-year growth since 2015.

The misconception persists that the world has gone mobile and relies solely on smartphones. "However, our latest online end-user survey* shows that users depend just as much on PCs or tablets as they do on smartphones," said Ranjit Atwal, research director at Gartner. "40% of respondents said that they use mostly a PC/tablet for certain daily experiences, such as reading and writing detailed emails or watching videos, while 34% mostly use a smartphone for its convenience while on the move."

Mr. Atwal added: "Users holding onto their PCs for longer remains a major issue for the PC market. In contrast, users continue to replace their smartphone quite frequently."

Traditional PC shipments are forecast to decline 4.4% in 2018 while mobile phone shipments are expected to increase 2.4% (see Table 1). 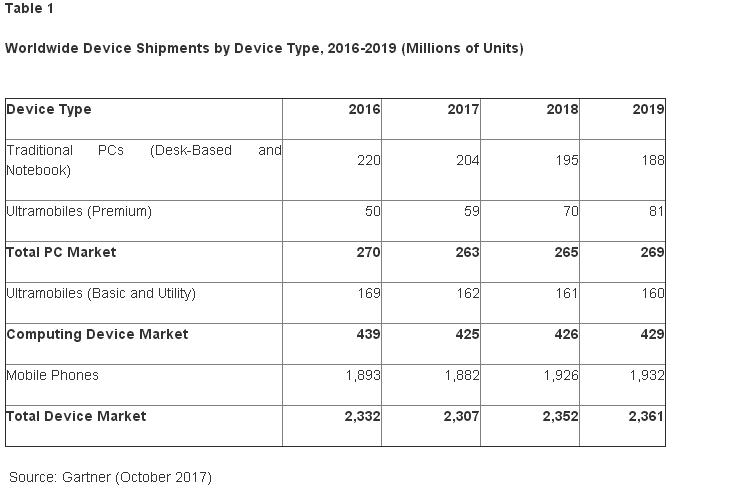 Business PC shipments are estimated to return to growth by the end of 2017, driven by faster Windows 10 replacement in many regions, especially in Western Europe. "Despite the fact that prices have been rising due to higher component costs, Windows 10 replacements have kept the PC market relatively stable through 2017," said Mr. Atwal. "We estimate that the PC market (desk-based, notebook and ultramobiles) is set to return to 0.8% growth in 2018."

This upward trend is assisted by two factors. The PC market in Russia has been positively influenced by an upturn in the country's economic prospects, which has seen business spending on PCs increase by 5% in 2017. This growth will persist into 2018. Spending is primarily focused on desktop PCs, which are more aggressively priced than mobile PCs or hybrid devices.

The second factor is China, where the move to Windows 10 has been delayed due to security and privacy issues, leading to slow PC sales in 2017. However, Microsoft is now working with a Chinese government agency to develop a government-approved version. "The features of Windows 10 could be particularly useful for the Chinese Government that is looking to move from desktops and notebooks to ultramobile premium devices," said Mr. Atwal. "We expect this development to positively impact the PC market in 2018."

Smartphone Sales to Total More Than 1.6 Billion Units in 2018

Mobile phone sales are expected to return to year-over-year growth in 2018, with shipments totaling 1.9 billion units. Smartphones will represent 86% of total mobile phone shipments in 2018, up 6% from 2017.

Gartner expects Apple's iPhone X to be the sales driver in North America, China and Western Europe, despite its high price. "Given the late November availability of the iPhone X, we expect the iPhone's replacement cycle to flow more strongly into 2018," said Roberta Cozza, research director at Gartner.

Component shortages could lead to the inability to meet smartphone demand in the fourth quarter of 2017, further favoring unit sales moving into 2018. "Decrease in total mobile phone demand in 2017 is also expected to come from a weaker lower end of the smartphone market," said Ms. Cozza. "For this segment, local vendors continue to struggle against the shift toward top brands, while component price increases affect the ability of some Android vendors to compete more aggressively on price." While this is expecting to limit smartphone growth in 2017, the 2018 growth rate is accordingly estimated to be higher than previously forecast.