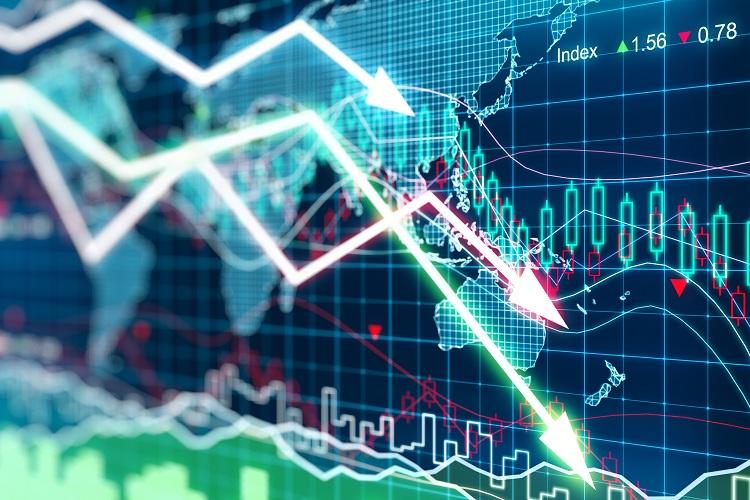 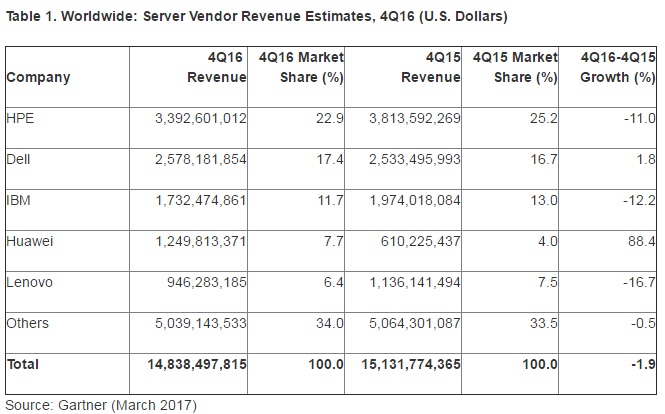 "There were some distinct factors that produced the final results for 2016," said Jeffrey Hewitt, research vice president at Gartner. "Hyperscale data centers (e.g., Facebook, Google) grew and, at the same time, drove some significant server replacements. Enterprises grew at a lower rate as they continued to leverage server applications through virtualization and in some cases, service providers in the cloud."
From a regional perspective, Asia/Pacific was the only region to exhibit positive growth in both shipments and revenue in the fourth quarter of 2016. All other regions declined, with Latin America experiencing the largest decline in shipments (12.2%, while the Middle East and Africa declined 14.7% in terms of revenue.
Hewlett Packard Enterprise (HPE) led the worldwide server market based on revenue in the fourth quarter of 2016 (see Table 1). The company ended the year with $3.4 billion in revenue for the fourth quarter of 2016 for a total share of 22.9% worldwide. However, revenue was down 11% compared with the same quarter in 2015.
Of the top five global vendors, only Dell and Huawei exhibited growth for the quarter, increasing 1.8% and 88.4%, respectively. 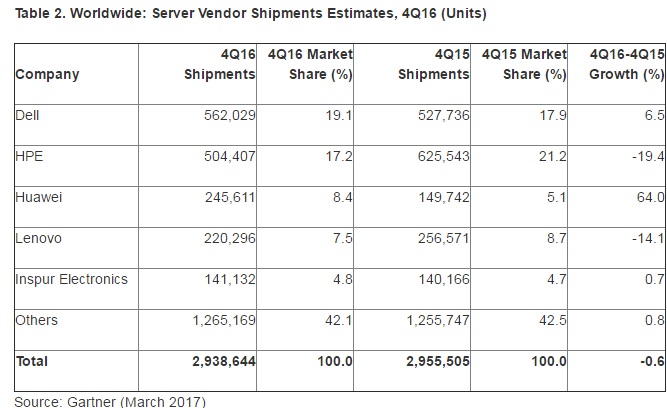 Dell grew 6.5% and moved into the No. 1 position in worldwide server shipments in the fourth quarter of 2016, with 19.1% of the market. HPE experienced a decline of 19.4% and fell to the second spot with 17.2% market share. Huawei experienced the strongest shipment growth in the fourth quarter of 2016, increasing 64% over the same period last year.
x86 server demand increased in revenue by 1.1%, however, shipments declined 0.3% in the fourth quarter of 2016.
Full Year 2016 Server Market Results
In 2016, worldwide server shipments increased 0.1%, while revenue declined 2.7%.
"x86 servers continue to be the predominant platform used for large-scale data center build-outs across the globe, and the growth of integrated systems (including hyperconverged integrated systems), while still relatively small as an overall percentage of the hardware infrastructure market, also provided a boost to the x86 server space for the year," said Hewitt.
"The outlook for 2017 suggests that modest growth will occur being driven primarily by service provider build-outs while the enterprise will show a slight decline in unit purchases with only slight growth in revenue," he added.