“It would be inaccurate to say the threat landscape either diminished or expanded in 2016 — rather, it appears to have evolved and shifted,” said Bill Conner, President and CEO of SonicWall 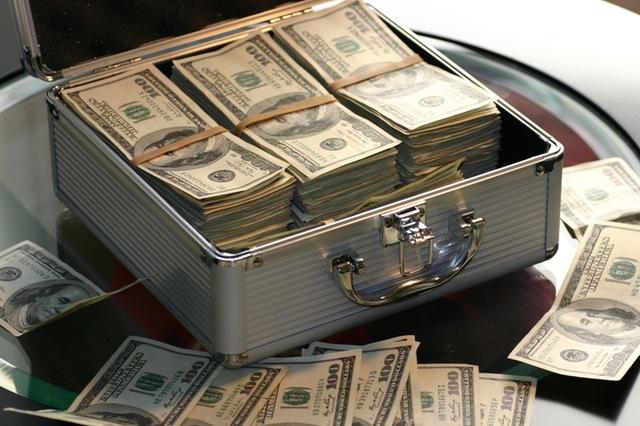 According to the 2017 SonicWall Annual Threat Report, 2016 could be considered a highly successful year from the perspective of both security professionals and cyber criminals. Unlike in past years, the report compared the volume of unique malware samples collected fall to 60 million compared to 64 million in 2015, a 6.25% drop. The total malware attack attempts dropped for the first time in years to 7.87 billion from 8.19 billion in 2015. However, cyber criminals garnered quick payoffs from ransomware, fuelled partly by the rise in Ransomware-as-a-Service (RaaS).

“It would be inaccurate to say the threat landscape either diminished or expanded in 2016 — rather, it appears to have evolved and shifted,” said Bill Conner, President and CEO of SonicWall. “Cybersecurity is not a battle of attrition; it’s an arms race, and both sides are proving exceptionally capable and innovative.”

High-profile retail breaches in 2014 led to companies adopting more proactive security measures. Since then, the industry has seen the implementation of chip-based POS systems, usage of the Payment Card Industry-Data Security Standard (PCI-DSS) checklist and other ongoing security measures.

Back in 2014, the SonicWall GRID Threat Network observed a 333% increase in the number of new POS malware counter-measures developed and deployed compared to the year prior.

The SonicWall GRID Threat Network saw the number of new POS malware variants decrease by 88% year-over-year and 93% since 2014. This implies that cyber criminals are becoming less interested in devoting time to POS malware innovation.

The majority of web sessions that the SonicWall GRID Threat Network detected throughout the year were SSL/TLS-encrypted, comprising 62% of web traffic.

While this trend towards SSL/TLS encryption is overall a positive one, it also merits a word of caution. SSL/TLS encryption makes it more difficult for cyber thieves to intercept payment information from consumers, but it also provides an uninspected and trusted backdoor into the network that cyber criminals can exploit to sneak in malware. The reason this security measure can become an attack vector is that most companies still do not have the right infrastructure in place to perform Deep Packet Inspection (DPI) in order to detect malware hidden inside of SSL/TLS-encrypted web sessions.

As 2016 began, the malware market was dominated by a handful of exploit kits, particularly Angler, Nuclear and Neutrino. Following the arrest of more than 50 Russian hackers for leveraging the Lurk Trojan to commit bank fraud, the SonicWall GRID Threat Network saw the Angler exploit kit suddenly stop appearing, leading many to believe Angler’s creators were among those arrested. For a while following Angler’s disappearance, Nuclear and Neutrino saw a surge in usage, before quickly fading out as well.

As with spam and other distribution methods in 2016, SonicWall saw exploit kits become part of the ransomware delivery machine, making variants of Cerber, Locky, CrypMIC, BandarChor, TeslaCrypt and others their primary payloads throughout the year. However, exploit kits never recovered from the massive blow they received early in the year with the takedown of their dominant families.

The SonicWall GRID Threat Network detected an increase from 3.8 million ransomware attacks in 2015 to an astounding 638 million in 2016. The rise of RaaS made ransomware significantly easier to obtain and deploy. The unprecedented growth of the malware was likely driven as well by easier access in the underground market, the low cost of conducting a ransomware attack, the ease of distributing it and the low risk of being caught or punished.

The most popular payload for malicious email campaigns in 2016 was ransomware, typically Locky, which was deployed in about 90% of Nemucod attacks and more than 500 million total attacks throughout the year.

No industry was spared from ransomware attack attempts. Industry verticals were targeted almost equally, with the mechanical and industrial engineering industry reaping 15% of average ransomware hits, followed by a tie between pharmaceuticals (13%) and financial services (13%), and real estate (12%) in third place.

"With the continued rise of ransomware, this research from SonicWALL shows how important it is for businesses to assess their cyber-defense strategy,” said Mike Spanbauer, Vice President of Security, Test & Advisory, NSS Labs. “In 2016, we saw major advances from cybercriminals, and believe vendors like SonicWALL that are willing to invest and develop technology and approaches to win against ransomware will help the security industry get ahead of this increasingly prevalent attack method."

Internet of Things devices were compromised on a massive scale due to poorly designed security features, opening the door for distributed denial-of-service attacks

With their integration into the core components of our businesses and lives, IoT devices provided an enticing attack vector for cyber criminals in 2016. Gaps in IoT security enabled cyber thieves to launch the largest distributed denial-of-service (DDoS) attacks in history in 2016, leveraging hundreds of thousands of IoT devices with weak telnet passwords to launch DDoS attacks using the Mirai botnet management framework.

During the height of the Mirai surge in November 2016, the SonicWall GRID Threat Network observed that the United States was by far the most targeted, with 70% of DDoS attacks directed towards the region, followed by Brazil (14%) and India (10%).

Google worked hard in 2016 to patch the vulnerabilities and exploits that cyber criminals have used against Android in the past, but attackers used novel techniques to beat these security improvements.

Compromised adult-centric apps declined on Google Play but cybercriminals continued to find victims on third-party app stores. Ransomware was a common payload as were self-installing apps. The SonicWall GRID Threat Network observed more than 4,000 distinct apps with self-installing payloads in a matter of two weeks.

This 2017 SonicWall Annual Threat Report also identified best practices and security predictions for 2017, which are discussed in detail in the report. To learn more, please visit:

The report was compiled from data collected throughout 2016 by the SonicWall Global Response Intelligence Defense (GRID) Threat Network with daily feeds from more than 1 million security sensors in nearly 200 countries and territories.