Enterprise Apps: Why you should build them like consumer apps...

If the enterprise app solves a problem so thoroughly that the user goes to the app first when faced with that problem, well, that is good user experience 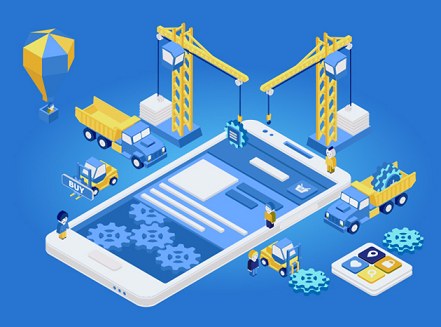 The term “work-life balance” is losing its relevance. Work is becoming a fulfilling part of life rather than being just a means to pay the bills. So, it is only natural that people would want to access their work from outside office. What's also natural is that there should be apps to encourage and empower this evolution of work. As a matter of fact, the global enterprise mobility market will be worth as much as $140 billion by 2020.

But there’s a problem. Although there are lots of apps being developed, nobody seems to care. Reports say that 80 percent of enterprise mobile apps are abandoned after their first use and 64% say they don't use it because they don't like the user experience.

Look at all those cool consumer apps

Most enterprise app developers seem to be in a bubble where it is okay to make apps like web pages. You need to get through several screens to get to the desired task. They focus only on the backend somehow getting all the essential functionality out while forgetting that they are crafting software for making people's lives easier.

Consumer apps, on the other hand, have raised the user experience bar to a whole other level. They not only look good, but they're also simple and down-to-earth. They'll talk to you, show you around the app and sometimes try to be smart and fail. They'll give you trophies just for using them, they'll want you to introduce them to your friends and ask what's wrong when you haven't used them in a while. And all this is on top of a great design combined with tight engineering that lets you make the most efficient use of the app.

But great UX is not all about aesthetics

For an enterprise app, however, a consumer-grade UX can be a long-term goal. While you should always aspire for a beautiful look and feel, it needn't be the first step. The immediate goal is to get people to use it more than once. The 80% who don't use the app more than once aren't expressing their disapproval for the disregard of the latest design trends. They don't use it because they weren't able to get the job done. And when they did use it, it was way too hard.

Jason Fried once wrote about why the Drudge Report is one of the best-designed sites on the web. The Drudge Report is a single web page which contains headlines that link to news stories. That's it. Its design, all-caps headlines with black and white monospaced font, is almost two decades old and has survived every passing design trend. But it averages 300,000 unique visitors a month. What's more, the web page is run by one person and it makes him over a million dollars a year.

If the enterprise app solves a problem so thoroughly that the user goes to the app first when faced with that problem, then that is good user experience. Looks can play second fiddle as long as there is utter simplicity in the execution of the solution.

User feedback is everything

"I must confess that if there wasn't already a ring on my finger, I'd be down on one knee professing my love to you," a customer tweeted out to Slack. It has its own wall of love on Twitter which features tweets of people expressing their love and gratitude for the product. These tweets are not because of a marketing campaign. They are genuine. So, how did they do it?

The founder Stewart Butterfield says, "We begged and cajoled our friends at other companies to try it out and give us feedback."

We built a whole product just by listening to our customers. They were asking us ways to track inventory using our CRM. Over the years, the number of such requests only grew and became more consistent. That’s what led to us making Zoho Inventory, a product dedicated to inventory and order management.

Listening to the customers should be the mantra for enterprise apps as well. Accept that you cannot come up with every single requirement during the design phase. Get the app out to the users, listen to what they are saying and incorporate relevant feedback through consistent updates.

Get the word out

Oftentimes, when it comes to an enterprise app, there isn't enough internal marketing during and after its launch. Celebrate the launch, offer incentives, do what you must, to get people talking. Any investment in obtaining user feedback will get you healthy returns.

Great UX happens when you understand what exactly the users want and how they behave. You'll have to go through multiple cycles of design enhancements based on user feedback. Over time, if you persist with this kind of user-centric design process, you'll begin to develop a connection. And it's at this point that users become loyal.

The author is a UX Specialist at Zoho

Organizations incurring high costs because of missing risks in their strategic initiatives: Gartner 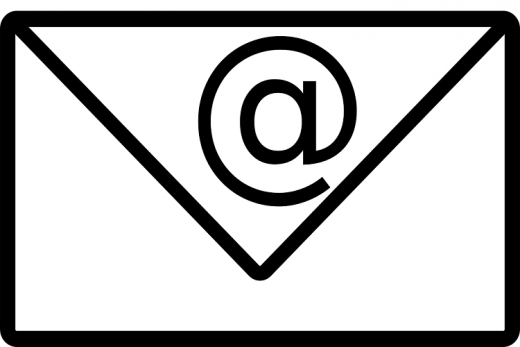 Impersonations have become pervasive, and are by far the most prevalent type of email-based attack ending up in business’s inboxes, according to GreatHorn’s survey, titled Email Security Challenges,...
Jul 15, 2020
314
0

Bolstering cybersecuirty one of the top priorities for healthcare IT pros in 2020: Survey

Securing the cloud during remote work