Will the new Dell have better engagement with customers?

The merger will not transform Dell; it will make it a better version of the company that it has been. Is that enough? And why Dell needs to leverage its services more to weave a better positioning 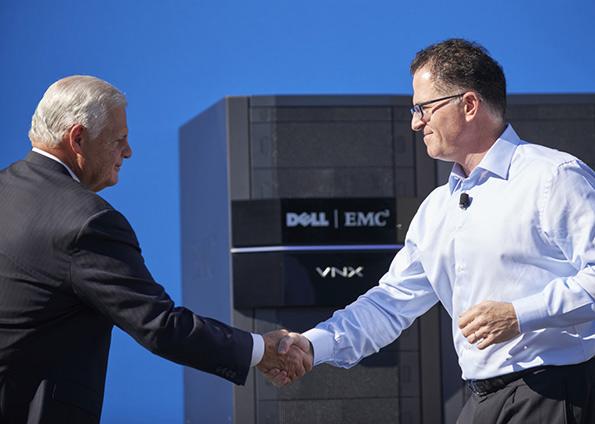 In the last couple of years, Dell has done a series of acquisitions such as Quest Software, AppAssure, SecureWorkd, SonicWall, SttatSoft, Compellent, Force10…The latest EMC acquisition is surely not one of them.

For one, $67 billion deals don’t happen every day.  Integrating two companies of such size and range is a hugely complex task; and one of them—the acquirer—is a private company.

Then, there is the so called federated structure of EMC. While Vmware is not part of the deal and will remain a publicly listed company, RSA is very much part of it and assumably so is Pivotal. Lest you forget, Dell is not about handling brands. There’s just one brand: Dell. Rest is all common noun suffixes that leverage this one brand: Dell Storage, Dell Software, Dell Services…(never mind, Dell Software customers still use the phrase, “the actual Dell” to refer to rest of the company).

A lot has been written about why EMC needed to sell and what value Dell could (or could not) derive from the acquisition). There’s no point revisiting them.

The question is: beyond the bits and pieces, what is there in it for the CIOs? Will the post-EMC Dell will be a full solution IT firm like IBM? Or create something new that will change the rules? Will it significantly enhance Dell’s engagement with the CIOs?

The exact answer to these questions will be known after Dell elaborates on its roadmap, but at this stage, it does not look that this merger—despite significantly expanding Dell portfolio—will have a major positive change in terms of depth of user engagements.

One, there will be many overlaps, as in many mergers. But unlike in other cases, where products brands stand in for some time, even as the company figures out what to keep, what to integrate and what to discard, here everything goes by the Dell name. So, the decision for choosing what to keep and what to discard must be taken immediately. That may be upsetting for the customers.

Two, as many analysts have pointed out, two losers do not make a winner. That is a bit harsh as both the companies were not exactly sliding but yes, they had passed their prime and were not doing anything significant that would make users bet on them. It is difficult to believe that as a combined entity—with so much integration to achieve—they will suddenly be very innovative.

Three, let us take a component-wise view.  In the cloud-centric world, where basic server and storage are being commoditized, these six—social, mobile, cloud, analytics/BI, networking and security—are becoming cornerstones of enterprise It. Dell has done precious little in social, unlike say IBM. Despite having an opportunity, Dell has not leveraged mobility opportunities too. Cloud is what this merge is supposed to be reason behind; but both Dell and EM have not been able to leverage the cloud trend. While EMC had its reasons to be double-minded to push cloud, Dell had no such reasons. Yet, it has not really moved the way it should have. Networking has not been a major strength of either and despite some earlier acquisitions by Dell like Force10, the portfolio is grossly inadequate to compete on its own strength.

Pivotal is a great addition. But despite its strength, Pivotal has not been able to impress the users. But this is where one sees a great hidden opportunity. If Dell can effectively wrap its services around it, Pivotal can be the flagship cloud accelerator for the new entity. But it is based on a big if. Dell has, in general, under-leveraged its services arm.

That brings us to security—the only area where Dell has been effectively trying to weave a strategy, despite a not-so-impressive SonicWall. With RSA coming to its fold, Dell can compete as a leading security vendor.

By the way, storage and computing are not going anywhere and the combined entity will surely have a much stronger “backbone”, if they quickly figure out how to integrate. Interestingly, in an interview in The Wall Street Journal’s CIO Journal, former Dell CIO, Adriana Karaboutis, singled this out saying the new Dell will be a “world-class compute and storage technology” company.

However, one thing that could potentially change the game is how Dell handles its services business. So far, it has treated services as just one component. The merger provides an opportunity to use services to weave these pieces together to create value which is greater than the sum of parts, the way IBM did in its early days of services integration or Oracle used its middleware to integrate its competing portfolio.

Services could also help it get into cloud more effectively. The company could have started from Perot’s traditional strongholds: healthcare and financial services. But it has not really done that. This merger provides yet another opportunity to realize its value.

The good thing about Dell is that it is a well-run company with focus. In any market, where it has a good product line, Dell has managed to snatch market share, sometimes very aggressively. But it needs to reposition as a big IT company with end-to-end solutions; it is still seen as a good products company. This is a fundamental challenge it has to overcome, along with most of the specific challenges discussed above.