How three emerging technologies are changing the future of enterprise

NEXT100 Winner 2017 Jegadeeswaran B, Assistant General Manager - IT, TVS Automobile Solutions Pvt. Ltd. shares his perspective on the future applications of emerging technologies 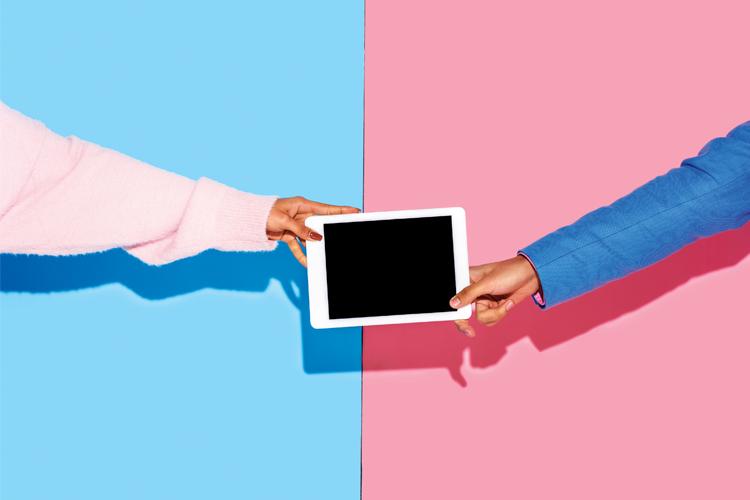 AI everywhere, transparently immersive experiences and digital platforms, are the technological trends of the future

We are living in a digital era and experts in their relevant domain are making tireless efforts to innovate new things successfully. One must agree that there are plenty of applications and technologies in use today. It is very difficult to discuss every one of them. However, I am presenting the top three technological trends along with necessary evidence:

“Organizations will continue to be faced with rapidly accelerating technology innovation that will profoundly impact the way they deal with their workforce, customers, and partners,” says Mike J Walker, research director, Gartner. According to Gartner’s Hype Cycle for Emerging Technologies 2017, there will be three distinct technologies namely AI everywhere, Transparently Immersive Experiences and Digital Platform, which intensely create new experiences with unrivalled intelligence, and offer platforms that propel organizations to connect with new business ecosystems in order to become competitive over the next five to ten years. 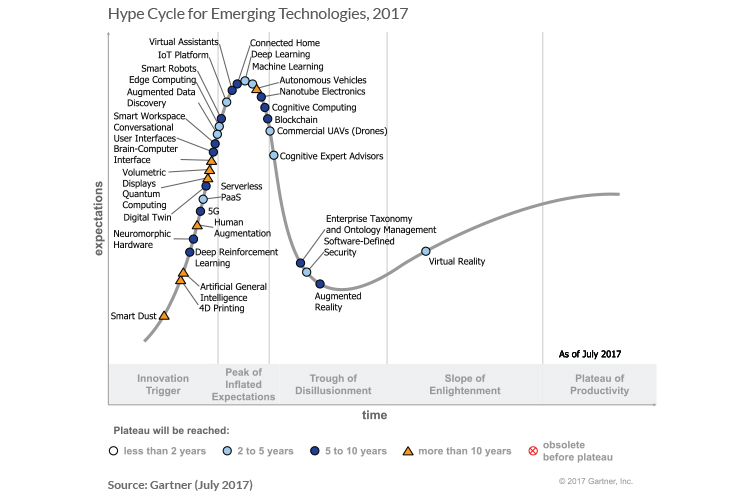 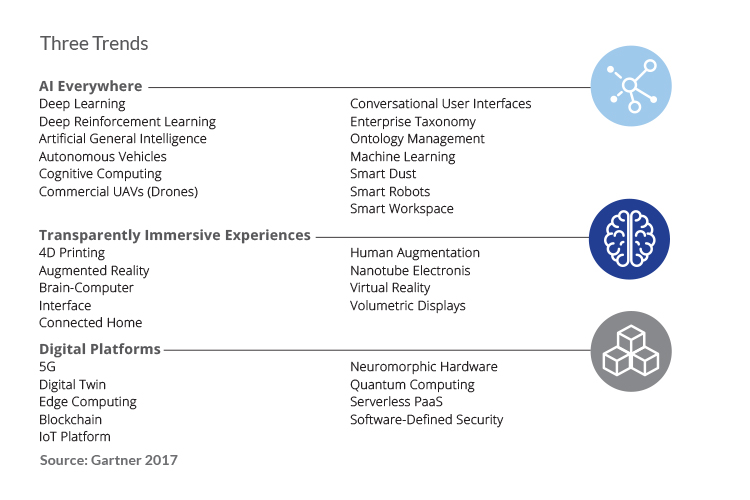 Within a span of one year, Hype Cycle for Emerging Technologies has been evolving in parallel with consumer’s consumption pattern, and that’s why applications and technologies evolution is happening. Here, I am going to share more insights about application of emerging technologies 2017 by analyzing Gartner’s report:

Digital Platform: Every organization obviously wants to do business through digital platform, and dedicated resources are made available to manage digital business as well.

Blockchain is one of the digital platforms that is more than just a buzzword. Blockchain technology is defined as a continuously growing list of records called blocks, which are linked and secured using cryptography. Blockchain has been a trend for some time now, and is gaining traction. It is expected to become mainstream in the next five to ten years.

In this highly competitive application technology arena, “Hashgraph” is now referred to as a superior application of emerging technology for the future. Swirlds is a software platform that has developed Hashgraph consensus algorithm, an entirely new distributed ledger technology that is much more cost-effective, believed to be 50,000 times faster (2,50,000 transactions per second), safer, more efficient and mathematically fairer than blockchain; however, no proof of work has yet being done to prove Hashgraph ’s calibre. With this example, I believe I am able to correlate the context. Business and technology leaders are always looking forward to setup and make use of right technology for their business in the next five to ten years. The foremost challenge is technology becoming obsolete so quickly and thus, requiring enhancements to meet their stakeholder’s expectations. To overcome these challenges, extremely flexible and scalable applications and technologies are preferred.

Choosing an appropriate digital platform with the above-mentioned qualities is exceedingly important. Every organization may take this as an opportunity rather than a challenge.

Transparently Immersive Experiences: Augmented Reality (AR) and Virtual Reality (VR) are other applications of emerging technologies, which are expected to upend the trend in the next five to ten years. AR is a live direct or indirect view of a physical environment whose elements are augmented by a computer generated sensory environment using sound, video, graphics and GPS. AR and VR are used in various sectors, such as education, manufacturing, healthcare, gaming, real estate and travel.

In India, governments of Kerala and Gujarat have already implemented AR in their respective tourism sectors. In education, AR and VR have made education more interactive; the learners can experience themselves through visual images and graphics for better learning. Google launched Expeditions in 2015, an AP and VR platform for classrooms. In the recent past, there are plenty of applications available for students. One example is the Byjus application, where they vouch 10 million students on the platform and 5 lakhs annual subscription. They are one of the very successful organizations in the last three years. The application is intuitive, illustrative, and visual objectives are attracting learners to understand the concepts of difficult problems in an easy way. AR and VR have revolutionized in healthcare industry as well. Accuvein, an AR handheld device scanner projects an image of the skin of the valves, veins and bifurcations underneath, which helps doctors and nurses to find out a vein while giving an injection.

Commercial UAVs (Drones): An Unmanned Aerial Vehicle (UAV), commonly called as Drone, is an aircraft without a pilot on board. A system of communications and a ground based controller are components of a drone. Drones are rapidly growing in popularity although they are still in the infancy stage in terms of adoption and usage. Primarily, government organizations are penetrating and making mass usage whereas certain industries are way behind, the reason being the absence of any guidelines. The amateur use of drones has so far been illegal in India. The Directorate General of Civil Aviation (DGCA), regulating agency for such vehicles (drones), unveiled a policy which will be in force very soon. The lightest category, Nano, a payload of up to 250 grams and flight to a maximum of 50 feet, warrants for one time registration. However, if the equipment which is more than 2kg, then the operator must get security clearance each time the drone is operated. But, the global trend is different from the Indian scenario. There are three big categories in drone technology: Military drone technology, Commercial drone technology and Personal drone technology.