The Bengaluru edition of Technology Premier League 2014 (TPL 2014) was won by team BHEL. The IT team from Metro Cash and Carry India Pvt Ltd and Ashok Leyland secured the second and third spots respectively. 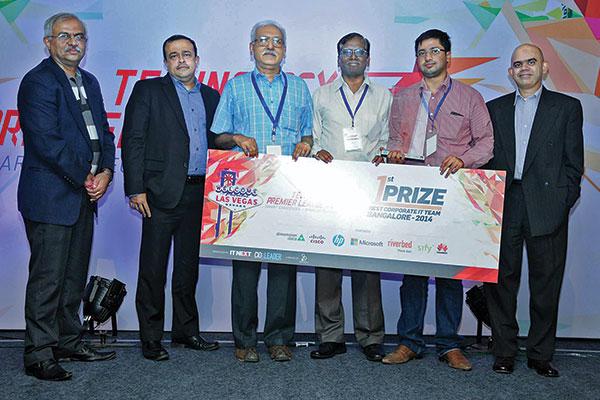 The Bengaluru edition of Technology Premier League 2014 (TPL 2014) was won by the IT team from Bharat Heavy Electricals Ltd. (BHEL) reperesented by Baliga B. S., Addl. GM (IT & S), Parthasarathy P, Addl. GM and Pradeep Kumar S, Engineer (IT & S). Baliga headed the team at TPL 2014 Bengaluru. The winning team gets a sponsored trip to Las Vegas.

The third edition of Technology Premier League (TPL), India’s top experiential engagement, organised by CIO&Leader and IT Next kick-started on 6th June with Mumbai being the first city to witness the contest. TPL 2014 came to New Delhi on 20th June, and to Bengaluru on 27th June.