How Foreseegame.com Used IT as a Backbone to Roll out its Gaming Portal 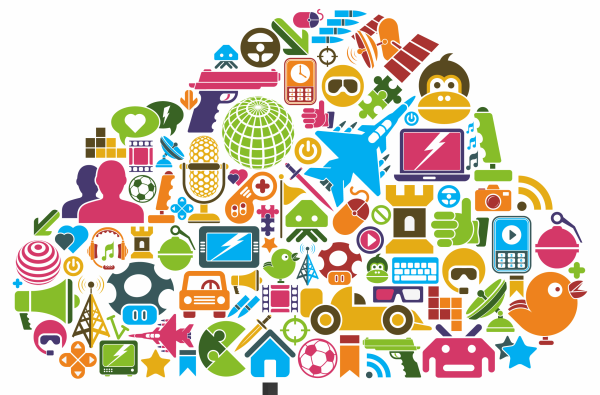 Gaming portal Foreseegame.com, an arm of Microsec Technologies, which developed gamification platform and strategies for B2C customers leveraged Netmagic’s hybrid architecture along with their virtual data centre to the customer gamification needs

IT team led by Suparno Kumar Dasgupta, CTO, Foreseegame.com, had hitherto been hosting its data centre with a third-party service provider. While this helped them optimize their cost of building the IT infrastructure that would run their business as well as buy expertise to run the DC, opting for virtual data centre helped in maintaining optimal uptime.

What did the IT team do different?

“IT operations and IT infrastructure are very critical business parts for us at Foreseegame.com”, says Dasgupta.

On the infrastructure side, foreseegame.com hosted itsr servers – dedicated and cloud servers for the website and mobile site using load balancers. “There are some more servers that run specialized services for us – specifically for the Wall concept – one for media data such as smooth streaming videos, images, etc., one to run the Website (eWall), and third for WCF (Windows Communication Foundation) services” claims Dasgupta.

Foreseegame.com has over 200,000 users who come to gaming site to play games on a daily basis. The need was basically to have infrastructure that can ensure high performance during peak traffic, incredible user experience, scalable and reliable network infrastructure that runs the Website and Mobile versions.

Challenges facing the IT team when Microsec Technologies decided to launch the gaming business was the need to have a robust and reliable Data Center Infrastructure that would run the portal (online gaming) in times of varying traffic levels.

Also, during peak traffic it was important to sustain the performance levels and user experience.

“We wanted a scalable infrastructure that would support the gaming portal,” says Lokesh Khaitan. “Especially during times when we run campaigns, the number of users logging into the portal are huge. At these times we wanted capability of quickly ramping up our compute infrastructure to ensure optimum performance,” he adds.

We wanted our Web infrastructure to be supported 24x7 and highly reliable with guaranteed 99.9 per cent uptime,” claims Dasgupta. “High performance and scalability are the next ask we thought was important for the business,” he adds.

“Another issue facing us was the need for dedicated staff for running a 24x7 infrastructure,” says Dasgupta.

“The cost of running a data center with the availability and performance requirement the business demands, would also be very high,” he adds.

It was by October of 2012 that the IT team at Foreseegame.com led by Dasgupta, Chief Technology Officer decided to host their data center with a third-party service provider. The team evaluated various Virtual Data Center providers such as Amazon, IBM and Netmagic. After rigorous evaluation and site visits, Foreseegame.com chose Netmagic’s Noida Data Center facility to host their infrastructure.

Netmagic’s team of experts helped Foreseegame.com to host the hybrid cloud architecture that would run the gaming portal and all its applications. There were servers that ran the portal and Mobile version connected to a load balancer to ensure that performance is optimized when users log into the portal to play games. These servers were virtualized and put on a cloud model so that the IT team could add virtual machines (VMs) to aid their scalability need during peak traffic.

Additional three servers that ran storage of media resources and services that were hosted on a cloud model. The database servers which were dedicated servers with a primary server that all applications and web servers are connected to. “There is another database server, again a dedicated one to cater to backup of the database – that act as the disaster recovery server for the main database server,” explains Lokesh Khaitan.

By March of 2013 the entire infrastructure setup was completed and the gaming portal was launched.

There has been a huge surge in attacks against VPN due to remote work, according to Nuspire’s 2021 Q1 Threat Landscape Report. Sourced from its 90 billion traffic logs, the report outlines new...
Jun 15, 2021
44
0