Why are you being apologetic about being in tech?

The demands on the CIO to be knowledgable about business is on the rise. That does not mean that the CIO has to be ashamed about his tech core competence and give it up completely. 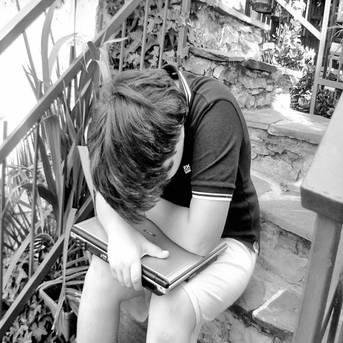 Mother India , Amar, Aan, Andaz, Anokhi Ada, Anmol Ghadi…what is common to these all-time classics, apart from being musical superhits? They are all movies made by Mehboob Khan, with music composed by Naushad. Mehboob-Naushad combination is one of the most successful director-composer associations in the history of Hindi cinema.

Both Mehboob and Naushad were towering figures in their own areas. Mehboob was the first showman; Naushad turned Hindi film music into a genre by itself.

But why am I getting into musicology here? Because I believe something that happened between the two has valuable lessons for all of us—in this case CIOs.

This is the incident as described by Naushad himself in an interview, which happened in the beginning of their association.

“When I recorded my first song for Mehboob's ‘Anmol Ghadi', he asked Noor Jehan to change a note, add a stress there. He was the boss. The next day I purposely went on to the sets while the song was being filmed. Mehboob welcomed me saying ‘Look at your song being shot!' “May I see through the camera?” I asked. He allowed me.

I peered through it and asked the people around to move the table to the left, a chair to the right. Mahboob caught me by the ear and said, ‘Your job is music, direction is my job'. I said that was the very admission I wanted from him, that his job was direction and not music. Mehboob's answer was clear from thereon — never to enter the music room again, and I did all the films unfettered.”

A pro respects a pro…

The CEO-CIO combination is much like a director-composer relationship. At the end of the day, it is the CEO who is responsible to the shareholders just as the director is responsible for the film’s overall success. In India, music plays an important role in that success.

While it is director who explains the situation; the mood that he wants; the expression that he expects; sometimes even recommends the playback artist; he has no business telling the composer to change a note here or use a dholak instead of pakhawaj for the beats; certainly not in a commanding tone.  The responsibility of producing a good tune is the composer’s.

But why did Mehboob—known in the industry for his life-size ego—listen to a 27 year old? Reason No 1: his ego notwithstanding, he was a great professional. Reason No 2: he had immense faith on and respect for Naushad. Anmol Ghadi was a 1946 movie; they went on to produce many super hits after that. Almost all the names that I mentioned in the beginning were made later.

Translated to our lingo, a good CEO must know the strengths of the CIO, must respect him/her. While being ruthless in getting the business outcomes is needed, he should not interfere with his decisions in his functional area.

But why am I getting into all this? Does any CEO worth his salt actually ask a CIO to buy server X over server Y, unless there is some huge commercial advantages? The answer is usually no, if it is servers or virtualization software but yes, if it is analytics or BI.

Increasingly, I hear vendors (of enterprise applications) making this proud proclamation that it is the CEO (or other functional managers) that they are pitching to and succeeding. And they may not be completely off the mark. Through their direct marketing and through sponsored analyst reports, the vendors have convinced the CEOs and other business managers that since it is business decisions that they are take using Bi/Analytics( as opposed to achieving efficiency using basic IT solutions), it is they who should take the call—even for choosing a product. What is suggested, though left unsaid is that the CIO is too much of a nuts and bolts guy.

Yes, it is the same vendor, who takes CIOs for junkets, keep them happy telling big stories about their increasing importance in today’s enterprises and sponsor white papers that lists top technologies of  the year or the top strategic tools for CIOs and all that.

Don’t you relate to this? Be honest.

But that is not what I am worried about; that is not what made me write this. What is worrying is that some CIOs have unwittingly started believing in this. They are almost apologetic about the fact that they come from a technology background; they try to play up their ‘business profiles’. Why, one CIO so gleefully described to me how he is given charge of a business function, “nothing to do with technology”.  It was nothing more than a regular operational task, whereas I know for sure that he has handled many complex IT projects that required not just tech knowledge but complex project management capability and a fair understanding of business outcomes! But he was so happy with this lollypop!

Why is a CIO ashamed of his core function? I myself have argued so many times the need for an understanding of business and appreciation of business outcomes expected from application of IT. No one can argue otherwise. But that does not translate to being sorry about technology. Going back to our example, would Mehboob have listened to Naushad had the latter not been a master of his own area? I mean by that time, Naushad had given big hits of Shah Jehan (Jab dil hi toot gaya), Rattan (Akhiyan milake, Milke bicchad gayi aankhiyan…) and the like. Being a professional himself, he realized the value of a professional!

It is not that Naushad did not spend hours and hours with the director/writer and even actors understanding, questioning and discussing what the situation demands (business needs); but that did not make his own function (composing music) any less  important.  Anmol Ghadi itself produced all-time greats such as Awaz de kahan hai, Jawan hai mohabbat hasen hai zamana, Udan khatole pe ud jaoon… It is because of his deep devotion to his music that it was possible.

Understanding business and doing a great job of technology are not variables of a zero-sum equation. A CIO’s job is not peer appreciation, media coverage, being invited for discussions, feature in top spender list, getting a best IT implementation award and engage in battles with functional heads. They are all part of the game. But they are not the game.

Just as the best understanding of the storyline and situation in a movie by itself cannot help a composer produce great music if he is not adept at his art, no amount of business understanding can help someone achieve great business outcomes through IT if he/she does not know what kind of technology can achieve that.

Earlier, all that IT guys talked about is technology, standards and certifications. Quite rightly, there was a campaign to sensitize them about the need to understand business to better align the tech with business goals. That does not mean that they should end up becoming defensive about technology.

Every function in an enterprise today requires an all round appreciation of the business and environment to effectively deliver  but that does not negate the importance of core functions. Whether it is the CFO or CMO; CIO or head of sales!

The lack of technology skills is contributing to a dent in productivity as workers struggle to adapt to working from home over prolonged periods, according to a Questionmark study. So, employers need...
Jul 03, 2020
410
0