‘Creativity and Innovation are the two pillars of success, and there is no replacement to hard work,’ says D.C Shah, GM, IT, G. M. D. C. Ltd. 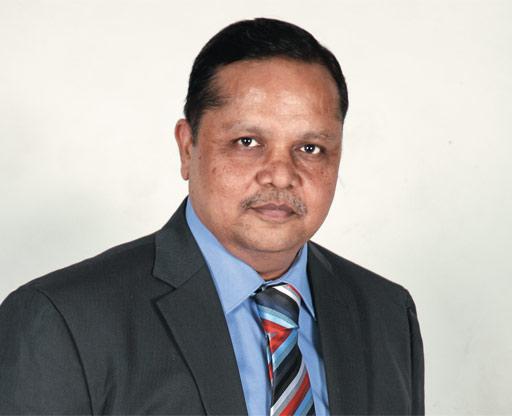 And it all began with Shah starting his career as a programmer in 1981 with Ahmedabad Electricity Company (AEC). His next stint was as a programmer in the textile industry with Ashoka Mills (Lalbhai group). He also worked with Lakshmi Co-operative Bank as the head of the computer division, and later as EDP manager, heading the IT department in GIIC.

And today, Shah is the general manager of IT of GMDC Ltd, a mineral resources giant. His role is to develop, manage, implement and maintain business continuity, business applications/processes, IT Infrastructure, network, Tier III data center, etc.

Besides, Shah has also worked in the capacity of advisor, consultant to various government corporations and departments like transport, education, IndextB, GVFL and others.

Achievements Galore
Having charted his course through dint of hard work, it’s not surprising that Shah swears by it--he strongly believes that there is no replacement for hard work. He also strongly believes that creativity and innovation are the two pillars of success. And his own career graph is a reflection of that. Some of his many achievements include the following: he introduced the concept of file structure to adopt fast changes in COBOL programming during his stint at Ashoka Mills. In the banking vertical, he embraced computerised clearing in the RBI among commercial, private and nationalised banks. He implemented Local Area Network in GIIC during 1991 using Mobell Network with structured cabling and also connected the project offices.

Plus Accolades
Shah has won many accolades. iMINE for instance, an ERP project that he worked with, has won ‘National Award for e-Governance 2012-13,’ and Gold CIO award from CyberMedia. Also, he was a winner of ITNext’s Next100 program of 2013.

Shah successfully implemented the ERP system with all the applications (complete business processes) at all the 16 locations simultaneously, with a big bang approach.

‘Having the solution run successfully in the first financial year without using any legacy system and to produce financial results and all business processes on time was a challenge,’ says Shah. The system is working well today, and able to generate a balance sheet. All users are conversant with ERP as well.

On the cards
What’s next? Shah responds, ‘We’re planning to implement a GPS based vehicle tracking system. Plus, we are working on CCTV based video surveillance system at five sites consisting of four lignite mines and one power project site.’

Keeping abreast with the latest
Shah knows the importance of updating himself with the latest technologies and trends. He does this by attending seminars, reading magazines, surfing the Internet for technology websites and news, and having discussions with senior technical people in the industry.

The biggest challenge
At GMDC, the first challenge Shah faced was to bring all the applications on a single platform from across departments of heterogeneous systems. Deploying the ERP system using Oracle E business Suite with a Big-Bang approach at 15 remote mining centres and corporate office was really tough.

Family Time
Family man that he is, Shah makes sure he devotes enough time to his family. ”Weekends are for the family, and a yearly vacation of 10-15 days with the family energises me,” says Shah.

Favorite quote: Change your thoughts and you change your world.

As the idea of a four-day work week continues to gain traction across India, almost two-thirds of full-time employees in the country (62%) would prefer the flexibility to work whenever they want over...
Jun 21, 2022
2,539
0