Leaders that demonstrate soft or ‘power’ skills, and embrace the use of collaborative technology, engender greater connection to a company, according to a study by Slack. 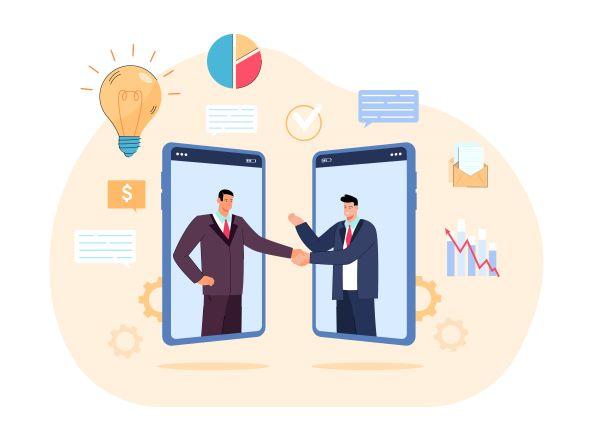 The impact of the pandemic, the uncertain economic environment, and the burnout experienced by over half of Indian knowledge workers in the last year, have irrevocably changed what employees want from their leaders, according to new Slack research.

Survey respondents also identified teamwork and collaboration as key to driving organisational success, over financial success, with transparent and trustworthy leadership, flexible work and employee wellbeing also essential ingredients. When it comes to flexible working, over three quarters of Indian knowledge workers want to be trusted to do their job regardless of location or the hours worked. A very high proportion of Indian knowledge workers (81%) also say they want more meaning from their job, or to feel like they’re having an impact.

Nearly two-thirds of respondents are considering moving jobs in the next year; a number that rises to 84% when Indian workers reported feeling their leaders communicated poorly, while 5% admitted to ‘quiet quitting’ - fulfilling the requirements of their job but not going above and beyond. Given these findings, it’s critical for leaders to act to ensure their own leadership style isn’t having a negative impact on the engagement and motivation of their employees. This means focusing more on soft or ‘power’ skills - human-centred, interpersonal skills related to areas such as collaboration, social and emotional intelligence; analysing the time employees are spending on unproductive tasks; exploring ways to elevate productivity with collaborative technology; and figuring out how to meet the varying expectations of employees from different generations, who prefer to work in different ways.

Rahul Sharma, Country Manager, India, Slack said, “The last two years have litmus tested many aspects of workplace resilience, and an organisation’s ability to remain productive, and  attract and retain talent. Organisations are looking for ways to minimise exposure to some of the more disruptive trends that have come off the upheaval of the last couple of years - such as employees quiet quitting or even being impacted by the broader ‘Great Resignation’. It’s a challenge that requires having the right digital infrastructure in place to remain productive and efficient, while also delivering a great employee experience. A digital HQ brings an entire organisation together to communicate, collaborate and solve problems, and it is also integral to employee engagement. Leaders must be finely attuned to their soft skills, which this study has revealed are now valued as highly by employees as salary, and how those skills are showing up in the organisation’s approach to flexibility, stability, wellbeing and culture.”

The research draws a clear link between poor leadership and a dip in employee morale and productivity. The study found that only half of Indian knowledge workers viewed their leaders as competent, consistent and inspiring, and a further third deemed their leaders to be stuck in their ways. Worryingly, only half of respondents feel their leader is concerned for their psychological safety.

There was also a correlation with employee motivation and poor leadership communication, with 16% of Indian knowledge workers ‘quiet quitting’ - more than three times the overall proportion of workers who have ‘quiet quit’, and four times the rate of workers who say leaders communicate well.

The Slack study showed a strong correlation between those that hold their leaders in high regard and those whose leaders embrace the use of collaborative technology. Interestingly, these respondents were also identified as being highly connected to their organisations. Interestingly, those who deemed their leaders as technology laggards in this area are more likely to quit their job.

Over four-fifths of respondents saw collaborative technology as enabling them to be productive and freeing up time by helping to automate work. Other key benefits that respondents attribute to collaborative technology are that it improves communication with leadership, boosts decision making, enhances the customer experience, helps get information to the right people quickly and speeds up the implementation of projects.

Looking at the amount of non-productive time that Indian knowledge workers say they are spending on routine and often mundane tasks, it is clear to see the potential impact that collaborative technology can have on organisational success.

For example, nearly two in five respondents feel that internal processes take up too much of their day, with over a quarter spending over an hour a day on these types of tasks. A similar number find that communicating across the company, within big teams and across time zones is slow due to delayed responses.

The survey shows significant generational differences in employees in India in terms of what they expect from their leaders, making it clear that people management is not a one-size-fits-all.

Cooling down the burnout

The research also showed some clear differentiation between what Indian knowledge workers in different industries are feeling and looking for:

A new perspective on the office

While employees are increasingly working from home, the office environment is still valued, the Slack study found. When asked what respondents felt the office was best suited for, Indian knowledge workers cited social connection, team building,  customer meetings, development conversations, and focus time and deep work. Activities like progress updates, company town halls, learning programmes and knowledge sharing sessions were perceived as less critical to be held in an office. This suggests that a lot of time can be potentially saved by conducting these activities virtually using collaborative technology.

Slack’s new research, conducted by Honeycomb Strategy, was based on responses from 2,000 Indian knowledge workers within organisations of 100+ employees. You can view the full report here: Leadership and the war for talent.

This is the second iteration of this research with The Reinvention of Work study, carried out in October 2021. A similar piece of Slack research, the Slack State of Work report, a global survey including 2,000 Indian knowledge workers, was carried out by GlobalWebIndex in March 2020, prior to the pandemic.