Like it or not, while there are competences, qualities and values to be inherited from the leaders you work with, you cannot reach that leadership position by just following their footprints. You have to chart your own path. 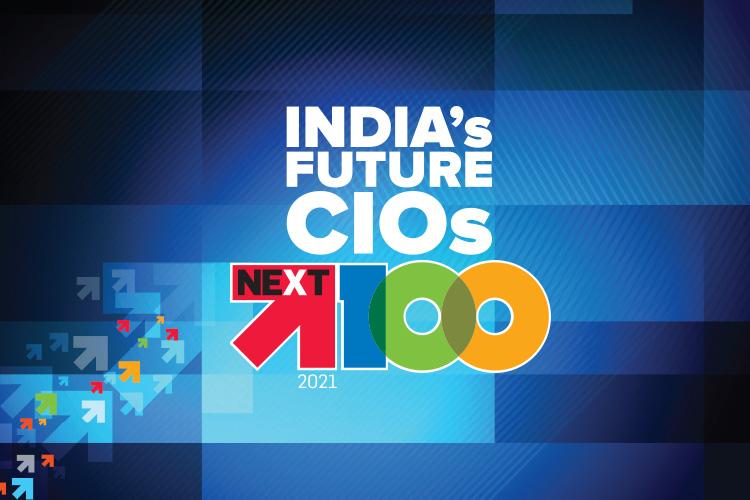 Congratulations to the 12th batch of NEXT100 awardees. It is my pleasure to welcome them to the exclusive NEXT100 club.

As we have entered another new year, with the uncertainties over the pandemic still looming large, the digitization which had picked up during the first wave of the pandemic – which some cynically referred to as a knee-jerk reaction – is here to stay.

And so, you, the next generation leaders, need to be prepared for that. As the program explicitly says, NEXT100 is a program for identifying the future CIOs. While the recognition is to be celebrated, it is the beginning of a new journey. And the path – since the pandemic has started – has taken a sharp turn.

Like it or not, while there are competences, qualities and values to be inherited from the leaders you work with, you cannot reach that leadership position by just following their footprints. You have to chart your own path.

Recently, I was moderating a discussion on CIO succession planning. Veteran CIOs who participated in the discussion – as also about 70 CIOs who took part in an online survey on the same topic - agreed on a few things. One, there is very little such planning today. Two, the planning should be more and less about leadership training. Three, a capsule program for CIOs would help immensely.

The basis for NEXT100 selection is, apart from a few data points, is largely the future potential. Be it the thorough CIO interviews or the psychometric tests. But there is a universal truth. Not all people having the potential end up on the podium. Apart from many external factors, it depends on how you move from there. Many thought Kambli had equal, if not greater, potential as Sachin Tendulkar. We have seen how their careers have progressed.

But the bigger point I am making is what I said earlier. Because of the importance of digitization and technology’s tight alignment with business, the role of a CIO would be very different in future. Your journey from here would depend on not just how you plan your journey, but what is the destination you choose. It has to be what kind of leader you want to be; not just one designation or the other!

Read the IT NEXT December 2021 Magazine

ESG (Environmental, social and corporate governance) is gaining popularity across the corporate landscape, especially with the COP26 event. Companies are under high pressure to showcase how they plan...
May 23, 2022
170
0