Why CIOs should pay attention to 5G revolution

The transition to 5G can be touted as a game changer for organizations. But to take full advantage of its many capabilities, CIOs must have a digital strategy in place. 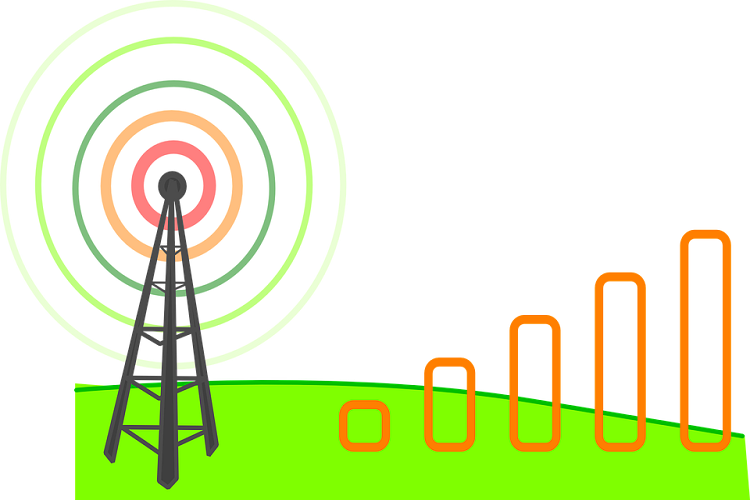 5G, or the next-generation of wireless systems is bringing about a sweeping change not only in the telecom industry, but also in the enterprise and consumer space. Considered a ‘hype’ until recently, today, it is fast becoming a reality, as many countries across the world – including India - are already investing in 5G (or are planning huge investments in the near future) in order to gain from its high-speed network and reliability.

5G is poised to be at least 10 times faster than 4G, and several times more responsive than its predecessor. Further, 5G is expected to connect 100 times more devices than 4G did, giving rise to a deluge of IoT-enabled gadgets and devices. The evolution of 5G should certainly be of interest to C-level executives such as Chief Information Officers (CIOs). However, they will need to upgrade their skill-sets in order to ready themselves for an ultra-fast future.

A recent research by tech analyst firm 451 Research and Vertiv, that polls over 100 global telecom decision makers with visibility into 5G strategies and plans, shows that enterprises were overwhelmingly optimistic about the 5G business outlook and are moving forward aggressively with deployment plans.

The reason for optimism among businesses is that they could benefit from more real-time online interactions with customers, have seamless video conferences with staff, and have a more connected and efficient network for real-time interactions and run complex applications effortlessly. -- In other words, 5G is poised to solve some of the most critical business problems and hugely improve bottomline.

Service providers are also upbeat, as 12% of operators expect to roll out 5G services in 2019, and an additional 86% expect to be delivering 5G services by 2021, according to the study. Chipmakers like Qualcomm and MediaTek have already announced the availability of 5G-enabled handsets this year. In the US, service providers like AT&T and Verizon have started deploying 5G networks. Ericsson has already announced several deals with global customers. Back home in India too, the government is determined to make a nationwide 5G rollout possible.

As networks continue to evolve and coverage expands, 5G itself will become a key enabler of emerging edge use cases that require high-bandwidth, low latency data transmission, such as virtual and augmented reality, digital healthcare, and smart homes, buildings, factories and cities.

“5G presents a huge opportunity for India, further revolutionizing the app and content ecosystem in the country. The world over, telcos have recognized this potential, while also understanding the network transformation required to support these services,” says Girish Oberoi, General Manager of Telecom Strategic Account Management for Vertiv in India.

To support 5G services, telcos are ramping up the deployment of Multi-access Edge Computing (MEC) sites, which bring the capabilities of the cloud directly to the radio access network. 37% of respondents said they are already deploying MEC infrastructure ahead of 5G deployments while an additional 47% intend to deploy MECs.

As these new computing locations supporting 5G come online, the ability to remotely monitor and manage increasingly dense networks becomes more critical to maintaining profitability. In the area of remote management, Data Center Infrastructure Management (DCIM) was identified as the most important enabler, followed by energy management. Remote management will be critical, as the report suggests the network densification required for 5G could require operators to double the number of radio access locations around the globe in the next 10-15 years.

In fact, telcos are also increasing network energy consumption. The study shows AC to DC conversions will be an area of emphasis. Besides, new cooling techniques will see the biggest jump in adoption over the next five years. Currently being used by 43% of telcos worldwide, this number is expected to increase to 73% in five years.

Upgrades from VRLA to lithium-ion batteries also show significant growth. Currently, 66% of telcos are upgrading their batteries. Five years from now, that number is projected to jump to 81%.

Despite the readiness, a Gartner report released in 2018 there is still a lack of readiness among telcos and communications service providers (CSPs).

“While 66% of organizations have plans to deploy 5G by 2020, the CSPs’ 5G networks are not available or capable enough for the needs of organizations,” said Sylvain Fabre, senior research director at Gartner.

While 5G network bandwidth and speed will undoubtedly facilitate a surge in high-bandwidth and real-time communications in organizations, it's going to have an absolute impact on IT strategic plans. This could be challenging unless the CIOs have a strong digital strategy in place.

Firstly, to unlock the level of intelligence and connectivity 5G promises, it is critical that wireless connectivity should be incorporated into the CIO’s business plan. This means, in terms of employees’ devices – whether bring-your-own-device (BYOD) or corporate devices they need to decide fast as to whether to upgrade to 5G and, if so, to identify the main use cases. A Gartner report notes that IoT communications remains the most popular target use case for 5G, with 59% of the organizations surveyed expecting 5G-capable networks to be widely used for this purpose. The next most popular use case is video, which was chosen by 53% of the respondents.

Secondly, CIOs need to address how 5G is going to affect the overall communications infrastructure. Until now, CIOs look at wireless infrastructure as a way of managing infrastructure for their Wi-Fi network and cellular has been an opex cost. 5G is different because the base stations need to be much more densely deployed and the form factors have shrunk dramatically. For example, in the US, several stadiums and train stations are integrating wireless LAN and cellular to offer a better user experience – a food for thought for CIOs. They must also plan for the different service layers needed to support the many new sensors for 5G applications.

Thirdly, CIOs should review/audit their present network infrastructures to understand what upgrades or replacements to network hardware, software, and services may be required to get ready for 5G and chalk out a budget plan as network upgrades are expensive.

Fourthly, CIOs and other IT leaders should be preparing for the 5G data avalanche now. Findings from Ericsson show there could be 3.5 billion Internet of Things units by 2023 — equaling five times the number of connected devices used now. Additionally, the company forecasts that 5G networks will spur the growth of Internet-connected devices. The CIO should filter and accept only kind of data and exclude the rest from network access. This requires a rigorous data planning. CIOs must ensure newer enterprise systems are being designed with a natural migration path to software-based systems, significantly reducing footprint, power, and cooling requirements while operating more like data center software.

Fifthly, transitioning to 5G will come with its own security risks. Experts point out that 5G and the various new applications that will come with it will widen the arena for cyber criminals. For example, a team of researchers discovered issues with the 5G security protocol, known as Authentication and Key Agreement (AKA) - a standard associated with a communications protocol organization called the 3rd Generation Partnership Project (3GPP). The ETH researchers from the group headed by David Basin, Professor of Information Security, showed that the standard is insufficient to achieve all the critical security aims of the 5G AKA protocol. Hence, a poor implementation of the current standard can result in very serious security implications, unless CIO/CISOs work out stringent security measures while adopting 5G technology.

Finally, CIOs should embrace new technologies and business processes. With 5G, of mission-critical applications will move to the cloud. Needless to say, one of the constraining factors for cloud that exists today is bandwidth. But the bandwidth and data transfer capabilities of 5G will virtually remove this challenge and reshape IT strategies in the areas of application deployment, governance, and security. This will also prompt a need for IT to work closely with cloud vendors that can be entrusted as able stewards of sensitive corporate data and processing. CIOs should also upgrade their skills to dabble with technologies, such as Augmented Reality (AR), Virtual Reality (VR), IoT and Big Data, to name a few.

5G will undoubtedly force a wave of innovation around mobile technology, analytics, datacenters, cloud and IoT implementation. While the deployments are likely to be ambiguous at least in the initial years, as most 5G technologies are not yet proven at scale and nor is the cost of investment completely justified, 5G can be touted as a game changer for organizations. And CIOs need to get their heads around 5G, because it is coming their way.

As the idea of a four-day work week continues to gain traction across India, almost two-thirds of full-time employees in the country (62%) would prefer the flexibility to work whenever they want over...
Jun 21, 2022
823
0