Blockchain solutions spending in APeJ to rise in next two to three years: IDC 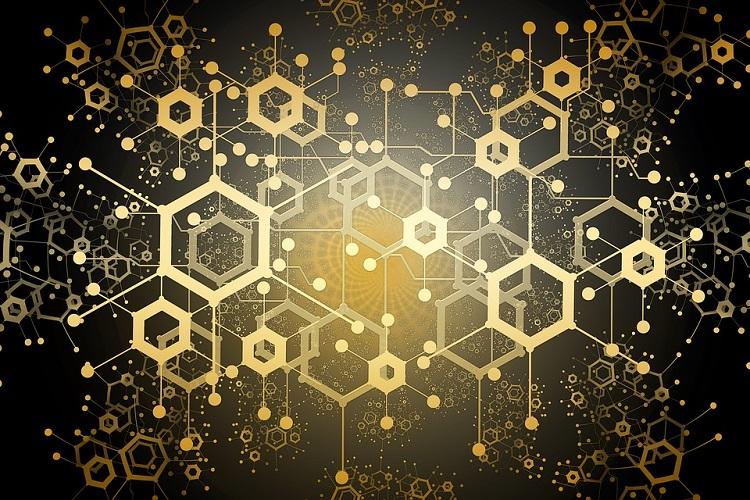 Blockchain solutions spending in Asia/Pacific excluding Japan (APEJ) will reach nearly USD 523.8 million in 2019, an increase of 83.9% from the USD 284.8 million spent in 2018, according to the IDC Worldwide Semiannual Blockchain Spending Guide. Furthermore, IDC forecasts blockchain spending in APEJ to grow at a robust pace over the 2018-2022 forecast period with a five-year compound annual growth rate (CAGR) of 77.5% and total spending of USD 2.4 billion by 2022.

“Networked Integrity, Distributed Power, Value as Incentive, Security, Privacy, Rights Preserved and Inclusion are the seven basic design principle of Blockchain Economy, and are providing the confidence for industry leaders to accelerate their adoptions of this maturing technology, and we have reached an inflection point where implementations are moving quickly beyond the pilot and proof of concept phase for the adoption of Blockchain in APEJ,” said Ashutosh Bisht, Senior Research Manager for Customer Insights and Analysis at IDC. “Blockchain that emerged out of the financial sector is more well-established in this vertical industry. The financial sector accounts for about half of the spend, throughout the forecast period,” Bisht added.

From the financial sector’s perspective, IDC sees banking, securities and investment services, and insurance industries will invest USD 294.8 million combined in blockchain solutions this year. The manufacturing and resources sector, driven by the discrete and process manufacturing industries, and the distribution and services sector, led by the retail and professional services industries, are forecast to see blockchain spending of USD 95.0 million and USD 90.6 million respectively this year. The infrastructure sector will see the fastest growth in blockchain spending over the 2018-2022 forecast with a five-year CAGR of 99.6%, followed closely by the distribution and services sector with a CAGR of 83.0%. 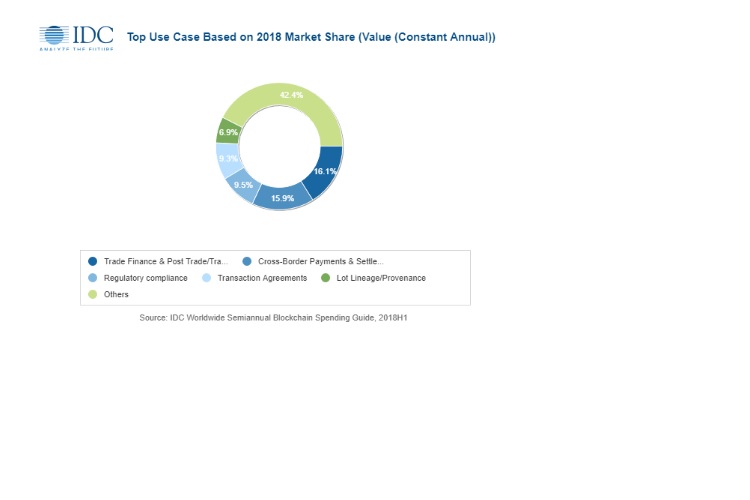 Trade Finance & Post Trade/Transaction settlements and Cross Border Payments & Settlements are the two blockchain use cases that will receive the most investment (USD 82.1 million and USD 79.0 million, respectively) in 2019. The banking industry will be the largest investor for both these use cases.

Manufacturing will focus much of its blockchain investment in LoT Lineage/Provenance as well as Trade Finance & Post trade/Transaction settlements use cases. On the other hand, Regulatory Compliance use cases will receive significant investments from the finance sector followed by manufacturing.

“After much experimentation, this technology is beginning to emerge in a range of production environments driven by the thought leadership of early adopters and an ever-growing industry of blockchain businesses helping their customers realize the value of this technology,” added Simon Piff, Vice President for Security and Blockchain Research at IDC Asia/Pacific. “Indeed, as we see the emergence of the concept of Digital Trust, blockchain is a key ingredient in delivering this trust, at scale, across many markets, allowing a new pace of business interaction that had previously been restricted by process and approval challenges.”

From a technology perspective, IT services and Business Services combined will account for nearly 71.1% of all blockchain spending in 2019 with IT services receiving additional new investment over the forecast period. Blockchain platform software will be the largest segment of spending outside of the services category and the second fastest growing category overall with a five-year (2018-22) CAGR of 77.9%, followed by IT services with a CAGR of 72.0%.

APEJ contributes around 18.4% of the overall worldwide spending on Blockchain in 2019 and is ranked third in terms of spending, topped by US (37.6%) and Western Europe (23.7%). PRC will contribute to about 70% of the APEJ overall spend in 2022, Trade Finance & Post Trade/Transaction Settlements and Transactional Agreements are the top two use cases in PRC contributing to about 30% of the spend.