And why we must ask them now? 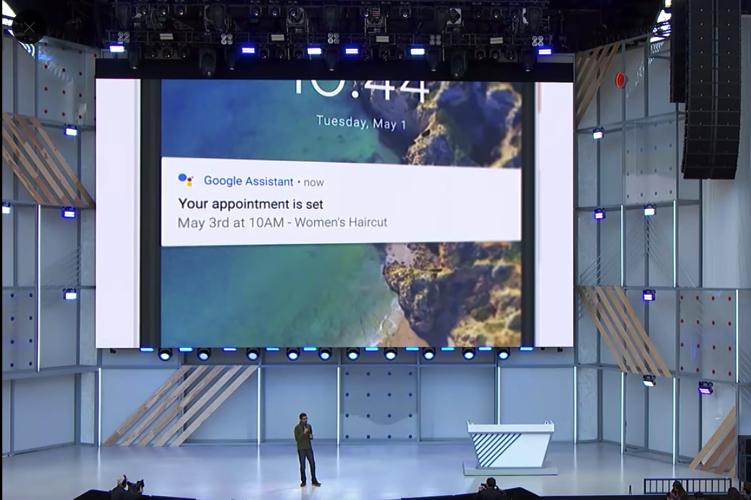 Traditionally, people have been trained to talk to technology. For some time now, research is directed towards making technology talk to human beings.

Google CEO Sundar Pichai just showed what you could possibly see in near future – natural conversation by an automated assistant over phone to do specific tasks. He demonstrated recordings of calls made by Google Duplex, a new technology for conducting natural conversations, leaving those who watched it live thoroughly impressed.

Google Duplex is a new technology for conducting natural conversations to carry out “real world” tasks over the phone. The technology is directed towards completing specific tasks, such as scheduling certain types of appointments.

“For such tasks, the system makes the conversational experience as natural as possible, allowing people to speak normally, like they would to another person, without having to adapt to a machine,” Google said in a blog post.

Here are five questions you could try answering—or questioning others. But please…see the demo once before trying out.

1. Do you still have doubts on what is possible?

Natural language processing has a long history—right from translating “spirit is willing, flesh is weak” in English to “vodka is good, meat is rotten” in Russian…A lot of what Pichai demonstrated on stage looked like what we have watched so far in sci-fi movies.

While Pichai himself admitted it is a work in progress, does anyone have any doubt on the limits?

2. Will the labor displacement happen sooner than you think?

Unlike many other talks on how it could change human civilization, Pichai kept talking about how the technology can change business. And that is pretty clear. The question is not if, but when, will start replacing human beings at a scale that will impact employment—and economies of nations?

For countries like India, celebrating their young population ‘resource’ in a service centric economy, what could it mean?

3. How will ‘automated beings’ change society and culture?

How will it feel to be served by virtual beings? What impact could it make on the way societies work? Will humans too be dehumanized?

Already, people have started discussing its wrongful application. With every new capability, a new set of alarming possibilities are presented. Duplex and its genre are no exception. Imagine what is possible…

5. Is it time for some regulation?

The ultimate question. Should it be regulated? (That is a no-brainer) Is it time to start the debate now? What should be regulated and with what objective(s)?

Data center as an infrastructure platform has come a long way in the past few years. Today, India is seen as the hub of several data center projects, with IT giants such as Microsoft, Google, and...
Sep 09, 2021
630
0