Gender Disparity: Beginning of the End

Why 2018 will be a tipping point for women in enterprise IT? 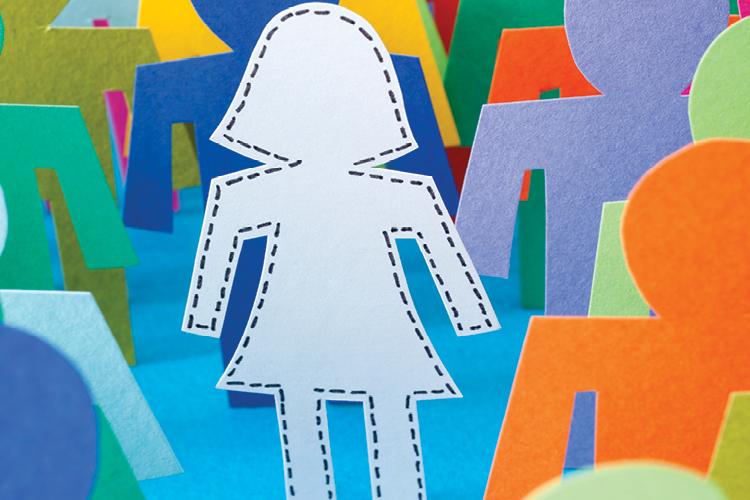 Why are there so few women in tech? We have addressed this question many times before. And we have found commonly cited answers, attributed to the pipeline problem in tech, unconscious bias, and the lack of good mentors. Last year, while addressing this question, we spoke to three IT leaders and asked them how they dealt with each issue. We found that they were able to overcome them in one way or another. In each of the cases, however, their commitment to serve and return to their tech careers served as an important contributor to their ascent to leadership roles. However, these are rare examples when women in enterprise IT have been able to overcome hurdles in their personal and professional lives.

There are other factors such as isolation, hostile male-dominated work environments, ineffective executive feedback, and a lack of effective sponsors that are pushing women to leave SET jobs. Almost 32% of women in the United States and 30% of women in China intend to leave their SET jobs within a year. This intention to leave within a year is slightly less common for SET women in Brazil at 22% and India at 20%. In fact, our research with Headhonchos.com presents proof that the number of women engineers in the Indian workplace increased by a whopping 326%. A survey by NASSCOM and the PricewaterhouseCoopers (PwC) in 2016 also claimed that 51% of all entry level positions in the IT-BPM sector were filled by women. 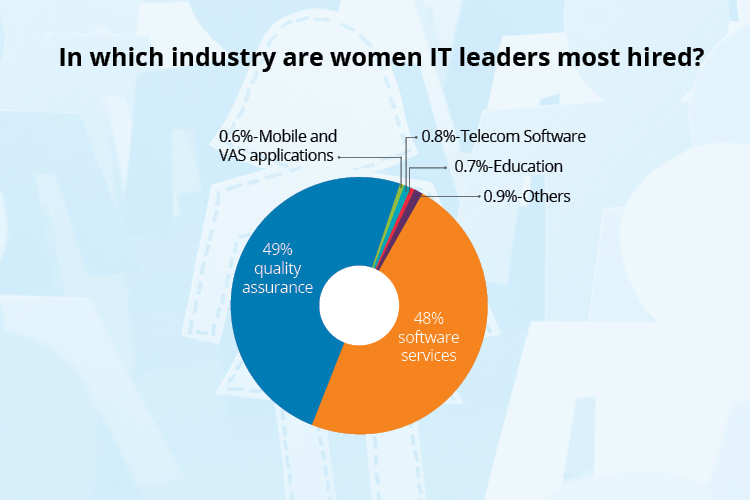 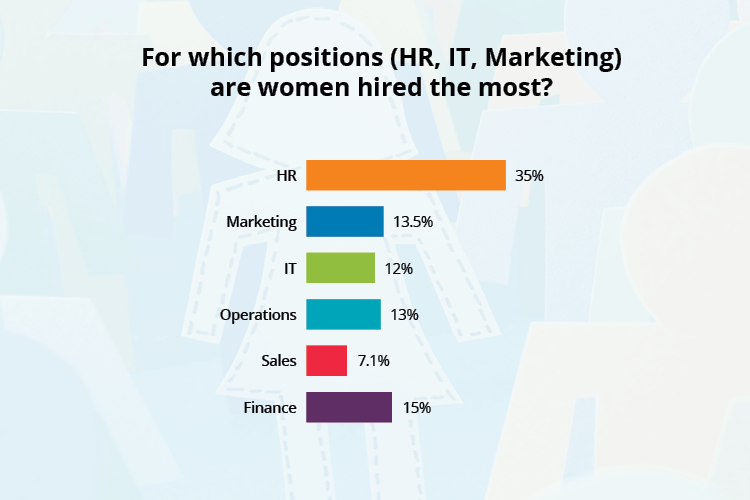 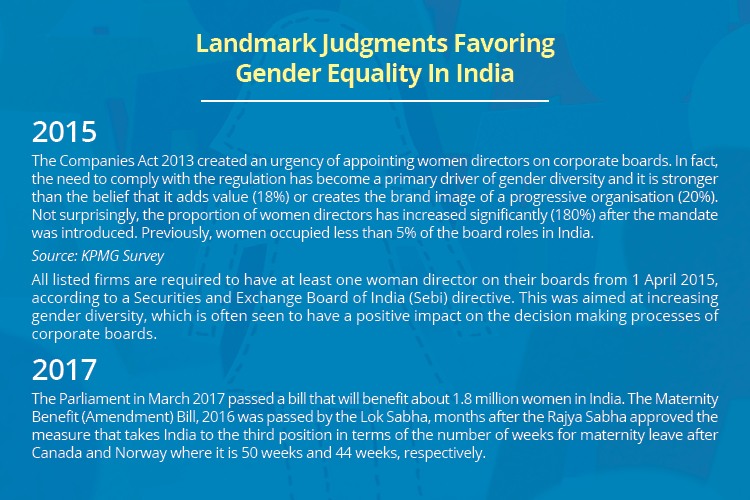 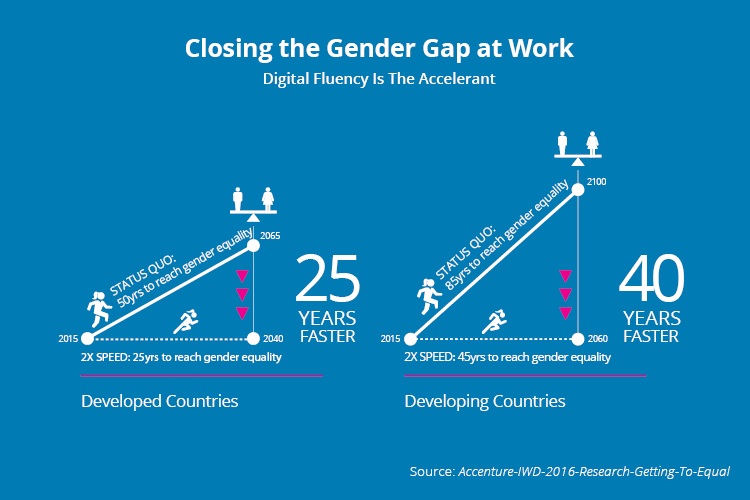 Then there are stereotypes which have proved to be untrue so far. In recent history, a former engineer employed at Google who wrote a 3,300-word manifesto claiming that women’s biology makes them less able than men to work in technology jobs. Google’s CEO, Sundar Pichai, responded by saying that memo promotes “harmful gender stereotypes” in the workplace. Being among the top 20 Fortune 500 companies, Google is currently battling a wage discrimination investigation by the US Department of Labor, which has found that Google routinely pays women less than men in comparable roles. 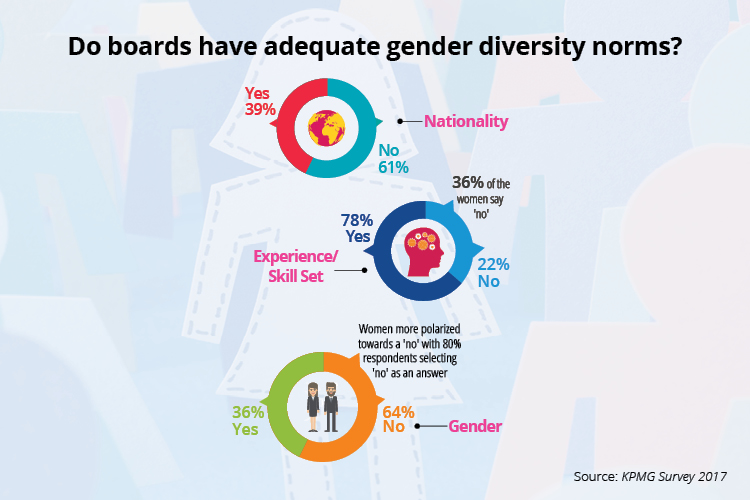 However, statistics by Accenture in 2018 appear to be comforting. According to the survey, women’s pay could increase by 51% or up to an additional USD 30000 per woman each year. Globally, that equates to a lift in women’s earnings of USD 2.9 trillion. Women are also four times more likely to reach senior manager and director levels in 2018. Globally, for every 100 male managers, there could be up to 84 female managers, compared with the current ratio of 100 to 34. 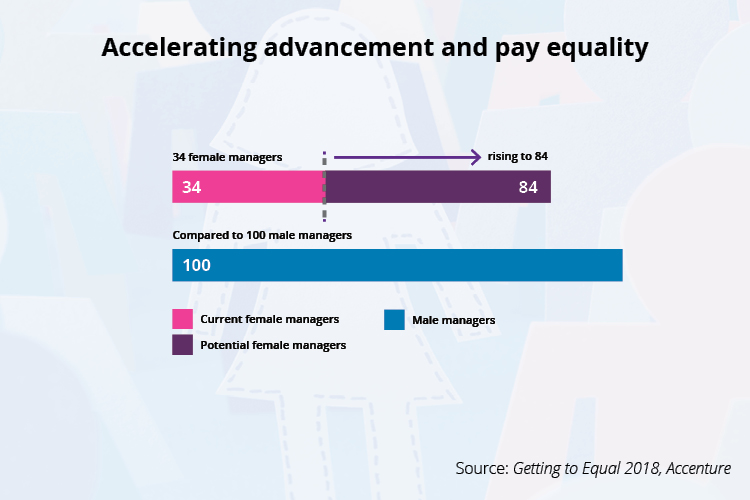 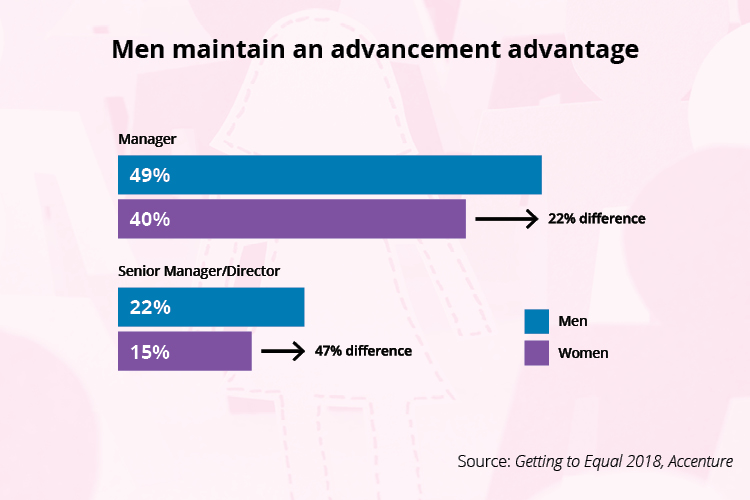 The company cites the example of Nissan Motor Corporation that has achieved its goal of having 10% of its management positions in Japan held by women in 2017. This, Accenture says, is about seven times more than the automotive manufacturing industry average of 1.3%. 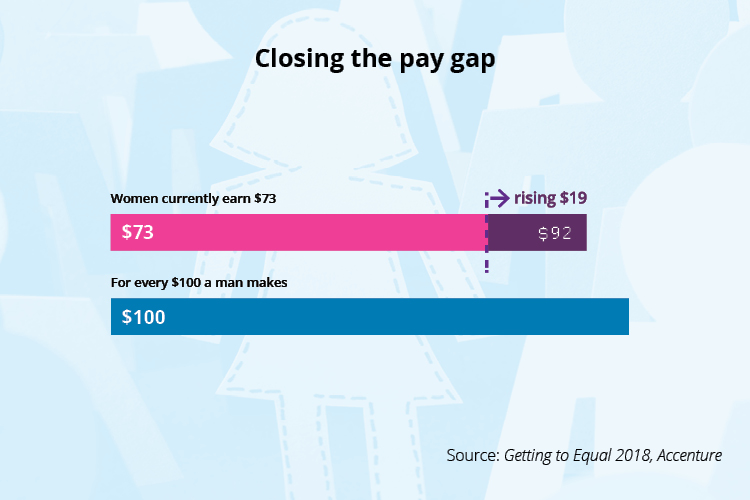 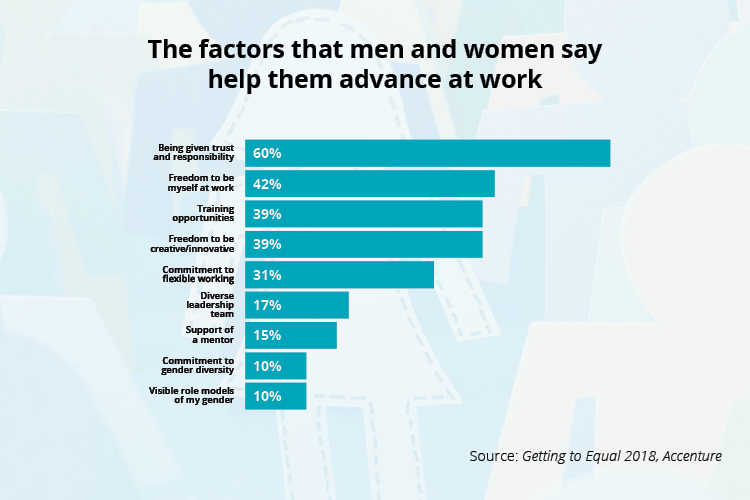 It is also common knowledge that women in enterprise IT do not opening talk about the existing bias in the industry unless their company has a mandate for gender diversity. This is not a perception. Many years ago I was interviewing an Indian woman IT leader for a story on cloud. I used the opportune moment to throw the ‘glass ceiling’ question at her. To my utter amazement, her reply wasn’t quite what I had expected. She said that she had never faced gender bias – unconscious or conscious –in her two decades of technology experience. She didn’t advocate gender equality norms but hired in a meritocratic manner.

In the years that followed, I started posing the same question to male and female CIOs who responded rather evocatively. A male CIO of a large retail conglomerate told me then. He said that men are uniquely positioned to advocate gender equality in the workplace. “Keeping an open mind and showing willingness to understanding the gender inequalities facing women is the first step,” he said.

At the very least, one would expect women to be advocates of gender equality in the workplace. But that’s where one can be wrong.  In the course of time, I have interviewed several women leaders in enterprise IT – and almost all of them said that they didn’t position themselves as “a woman in technology”.

However, women in enterprise IT have been more open to discussing gender parity that percolates within the enterprise when an organization’s senior leadership is more aware and more sensitized about the benefits of gender equality in the enterprise.

For instance, at Genpact, Vidya Srinivasan, Senior VP - IT & Infrastructure, has a mandate to hire at least 20% women in Genpact’s internal IT workforce.  The BPO major’s CEO, NV “Tiger” Tyagarajan wrote in a blog that their recruitment teams have aggressive goals of ensuring balanced representation of women in the talent funnel. For instance, the company’s leadership development programs in 2016 targeted at least 40% representation from women. They have promoted twice the number of women versus men as a percentage of their populations last year…This, he says, is purely driven by merit. They also have robust family-friendly policies like flexi-timings, work from home, day care facility, security measures and stork parking to make life easier for women which helps them focus on what’s important.

However, one of the main challenges that Srinivasan faces on a regular basis is to encourage women to participate in the fields of technology and encourage them to apply for higher-level managerial roles.

“Even if organizations train for unconscious bias, create an inclusive leadership platform, set up mentor programs, but it finally boils down to the individual who has to ask herself – how much do I want this job? Because then, you will have to make it work,” said Srinivasan.

In many ways, Genpact’s philosophy is the same as its former parent, General Electric. Last year, the company announced that they are setting a goal to create a workforce of 20,000 technical women by 2020 and recruit 50% women and 50% men into all of their entry level technical leadership programs. Another organization worth mentioning here is multinational computer software company, Adobe, who undertook a review of its job structure and analysed its compensation practices, and announced in January 2018 that it has achieved pay parity in the US and in India, its second largest employee base. Fortune’s 100 Best Workplaces for Women list also revealed something interesting. Their research found that women employees’ perception of work-life balance actually had a minimal effect on their decision to plan long-term careers at their businesses. Instead, women prefer workplaces that promote employee advancement through job responsibilities and imparting new skills.

ESG (Environmental, social and corporate governance) is gaining popularity across the corporate landscape, especially with the COP26 event. Companies are under high pressure to showcase how they plan...
May 23, 2022
379
0