“Digital transformation is more outside the enterprise than inside” 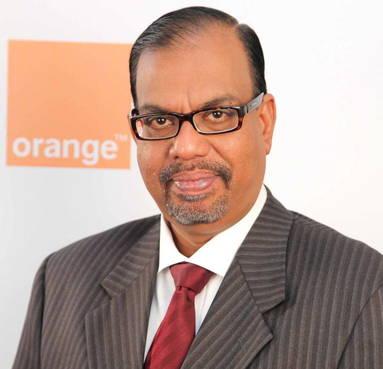 How has digital transformation impacted businesses in India?

Why do you say that “digital transformation is more outside the company than inside”?

When an enterprise starts a digital transformation initiative, the boundaries for that extend far beyond the enterprise. It goes and touches every part of the ecosystem, which we loosely call the customer, whether he is a paying customer, a prospective customer, a next generation customer or an accidental customer. With all the availability of the digital technologies, we have far more ways to engage the so-called customer.

The CIO in the years gone by, whether he was a driver, implementer, endorser, his focus was handling IT systems. Today the CIO’s hands are full in keeping the lights on, and still in a cost-sensitive position, he still has to prepare for the future. There are some steps he can take with respect to datacenter or cloud which are IT-centric. When you start thinking about real digital transformation inside and outside the enterprise, he may not have the bandwidth and that’s where the CDO comes in.

However, you really can’t put a time table on digital transformation. So that’s one aspect. Now, there are smaller companies that by lineage are in the digital space; for them, it is the same but for a manufacturing company or an FMCG company, it’s not the same. So you need to think about the to ask economic values that you’ll pass on, customers are going to avail.. Those are all point solutions and I see people saying, we have gone digital because for example, they have put cloud as a priority. However, that doesn’t necessary make you a digital enterprise.

What advice would you like to give to CIOs and CEOs while drawing up the digital strategy?

While devising a digital strategy, we need to think in reverse. CIOs and CEOs must think about why they want to do digital transformation - If you don’t start the conversation like that, it is assumed that you are going to do digital and therefore ask, what is the project, when is the tender, when is the RFP, etc.

How do you see the automation actually been adopted typically by the manufacturing companies where they have a real cost-benefit of saving labour? What kind of trend do you see?

There aren’t any-assistant shops in various parts of the world where as soon as we walk in, the app knows who you are, what you buy, where you go, what you sell, discount offered, etc. Will that happen in India? Maybe at a boutique shop but I don’t see that revolutionizing because we are still a labour intensive country. For example, there has to be a guy to help you scan the bar code. So we are not as much a DIY country as compared to others. We rely a lot on people.

However, automation is definitely taking place. For example, aircraft turbines automatically tell you what’s going on. Spares for aircraft engines used to be stationed at particular places and whenever you needed, it had to be flown but now it’s not like that. The diagnostics are present and the plane actually sends messages. GE was the example where they had put sensors and IoT on their engines but if they had only done that, they would’ve failed. Before they realized that they have to change the entire way their supply chain operates, the people operate, and the workflow operates.

Where do you see the rapid evolution of technology? What kind of concerns you see CIOs in the organizations are facing, for example from the cyber security standpoint and government regulations? Do you see some really big concerns CIOs need to watch with the rapid evolution?

There are challenges such as data and security. How you use data, how you even recognise what data you have, and how much data you are generating, knowingly or unknowingly, is a huge challenge. Generally, a CIO knows all the data that he/she has because it’s all in SAP or CRM. However, in the future, he/she will have no idea about enterprise data because there will be more data and hence, more security hassles. Further, there will be more regulations as we have already seen in the case of GST. Moreover, there will be concerns such as internet privacy, and data ownership. With due respect to our judicial system, I don’t know if we are equipped to foresee and handle privacy rights, ownership rights, and litigations arising out of that.

So in such a scenario, what is your roadmap in India?

We’ll continue to grow. We are very niche and our pedigree is an engineering company. We are not a marketing company. That’s been our DNA for fifty years and we can’t change that. We test things ourselves before we test it on others and that is again an engineering mentality. We stick to do what we know and what our customers think we do well.

Recently, we acquired a bank and are becoming an app shop now. Five years ago when I had a conversation with the chairman of the company, he said, “App? No! Stick to what we know.” Today we have an entire subsidiary that only does apps. We are acquiring another company called Business and Decisions. It is a big buy for us in the data space. As far as data security is concerned, we have spun off as a separate P&L subsidiary. Although security was ever-present, today it is a business. So those are the changes that I expect to see grow equally in an enterprise and in government. I expect us to continuously go beyond what our lineage was which was the network service provider and some of these actions are proof for that. In India, we have selective public sector tie-ups. We work with a few states, datacenters, wide area networks, and half a dozen solutions. The customer sees value in what we do. I think we’ll grow in that direction. In India, we have also invested quite a bit on new Cybersoft in Gurgaon. So we need to do digital transformation together and hope we bring that kind of mature approach to this rather than leading with Cisco, IBM, Dell or VMware.