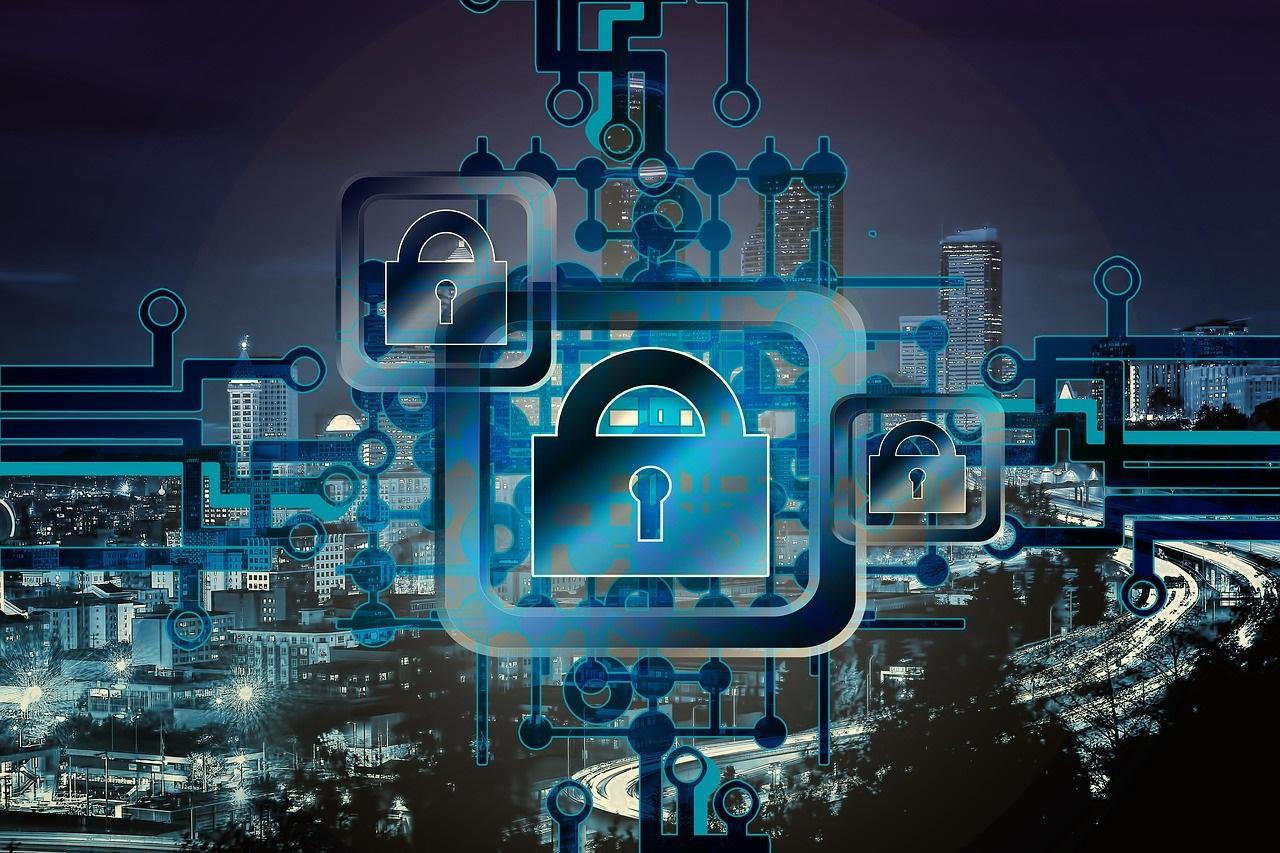 Aruba, a Hewlett Packard Enterprise company reveals that by 2019, 86% of organizations in Asia Pacific will have some form of IoT in place, according to ‘The Internet of Things: Today and Tomorrow’. While organizations adopt IoT to leverage the business benefits of enhanced efficiency and innovation across the enterprise, industrial, healthcare, retail and municipality sectors globally, Aruba’s study warns that connecting thousands of things to existing business networks will open up new security challenges, which has resulted in security breaches for a large majority of organizations in the region.

The research also found that although 97% of the 1,150 respondents from Asia-Pacific (Australia, China, India, Japan, Singapore, and South Korea) have an understanding of IoT, many are still unclear of the exact definition of IoT and what value it brings to their organizations. In his new eBook, ‘Making Sense of IoT’, commissioned by Aruba, technology visionary Kevin Ashton—who coined the term ‘Internet of Things’—presents the following definition:

“The ‘Internet of Things’ means sensors connected to the Internet and behaving in an Internet-like way by making open, ad hoc connections, sharing data freely and allowing unexpected applications, so computers can understand the world around them and become humanity’s nervous system.”

When examining the business benefits of IoT, Ashton discovered that actual gains from IoT exceeded initial expectations on all fronts. In Asia Pacific, this ‘expectations dividend’ is most evident in two key performance areas: profitability and business efficiency.

For instance, 35% of business leaders cited significant profit increases after deploying IoT, a 20% increase from those who projected a large profit gain from their IoT investment (15%). Similarly, while 39% of executives expected their IoT strategies to yield huge business efficiency improvements, actual results show that more than half of those who implemented IoT (51%) has experienced great business efficiency gains.

Chris Kozup, Vice President of Marketing at Aruba, comments: “With the business benefits of IoT surpassing expectations, it’s no surprise that the business world will move towards mass adoption by 2019. But with many executives unsure of how to apply IoT to their business, those who succeed in implementing IoT are well positioned to gain a competitive advantage.”

How Global Organizations are Using IoT

Aruba's research reveals varying levels of IoT maturity across different industry sectors. The following five vertical industries are leaders in their adoption of IoT and have realized tangible business benefits from a focused, use case approach to adoption.

Enterprises create a smart workplace for productivity and efficiency:

•    Over seven in ten (72%) enterprises have introduced IoT devices into the workplace. Indoor location-based services ranks as the second most promising use case to improve employee productivity, after remote  monitoring. 20% report remote operation of building lighting and temperature as a key use case, but that number more than doubles to 53% when asked about future IoT implementations.

•    Looking at the tangible results being realized today, 78% say the introduction of IoT in the workplace has improved the effectiveness of their IT team, and 75% find it has increased profitability.
The industrial sector increases business efficiency and visibility through IoT-enabled monitoring and maintenance:

•    More than six in ten (62%) respondents in the industrial sector have already implemented IoT. Using IoT to monitor and maintain essential industrial functions was identified as the most impactful use case in the sector. Today, the use of IP-based surveillance cameras for physical security within industrial organizations is still in its infancy, with only 6% having implemented it. However, when asked about future implementations, surveillance jumped five-fold to 32%.

•    Across the sector, 83% report increased business efficiency and another 80% have found improved visibility across the organization.

•    Coming in as the third most advanced in its implementation of IoT, 60% of healthcare organisations globally have introduced IoT devices into their facilities.

•    Across the sector, 42% of executives rank monitoring and maintenance as the number one use of IoT—higher than all other sectors. This underscores the importance of IoT-enabled patient monitoring in the modern healthcare industry.

•    Eight in ten report an increase in innovation and another 73% report cost savings.

•    In-store location services delivering personalized offers and product information to shoppers was touted as the number one implementation for IoT, alongside monitoring and maintenance. Four in ten retailers ranked surveillance in their top three key use cases.

•    The slowest sector to adopt IoT, only 42% of municipalities have deployed IoT devices and sensors. A third (35%) of IT decision makers claim their executives have little to no understanding of IoT, double the global average, suggesting that lack of education is the biggest barrier to mass adoption in this sector.

•    While nearly half (49%) of government IT departments are struggling with legacy technology, seven in ten IoT adopters in the public sector report cost savings and improved organisational visibility as the major benefits.

The Data Context and Security Challenge

Alongside these positive returns, the study also uncovers a number of obstacles that IT leaders feel are preventing IoT from delivering greater business impact. Organizations in this region cited the cost of implementation (53%), cost of maintenance (52%), and difficulty integrating with legacy technologies (47%) as key issues, a sentiment echoed across the world.

Most notably, security flaws were found across many IoT deployments. The study found that 88% of organizations in Asia-Pacific have experienced at least one IoT-related security breach, the highest in the world. More than half of respondents declared that external attacks are a key barrier to embracing and adopting an IoT strategy. This confirms that a holistic IoT security strategy, built on a strong network access control and policy management, will not only protect enterprises but also simplify the security approach for IT.

Ashton describes IoT as the ability to capture and effectively use data, but this appears to be another clear challenge for Asia-Pacific’s organizations. While nearly all (98%) of organizations that have adopted IoT claim to be able to analyze data, the same majority admitted to challenges in creating value from this data. More than a third (35%) of organizations in Asia-Pacific are not extracting or analyzing data within corporate networks, missing on insights that could improve business decisions.

Kozup said, “While IoT grows in deployment, scale and complexity, proper security methodologies to protect the network and devices, and more importantly, the data and insights they extract, must also keep pace. If businesses do not take immediate steps to gain visibility and profile the IoT activities within their offices, they run the risk of exposure to potentially malicious activities. Aruba is enabling customers to rapidly assess IoT deployments within their facilities and determine any potential threats that may be present.”

Ashton said: “Since its inception in 1999, the Internet of Things has been ridiculed, criticized, and misunderstood. And yet here we are, less than two decades later, in a world where tens of thousands of organizations are saving and making hundreds of millions of dollars from the Internet of Things, using cars that drive themselves, subway stations that sense passengers, algorithms that diagnose deadly diseases using phones, and many other once apparently-impossible technologies. The future promises far more amazing things. The most important decision you can make now is how to be a part of it.” 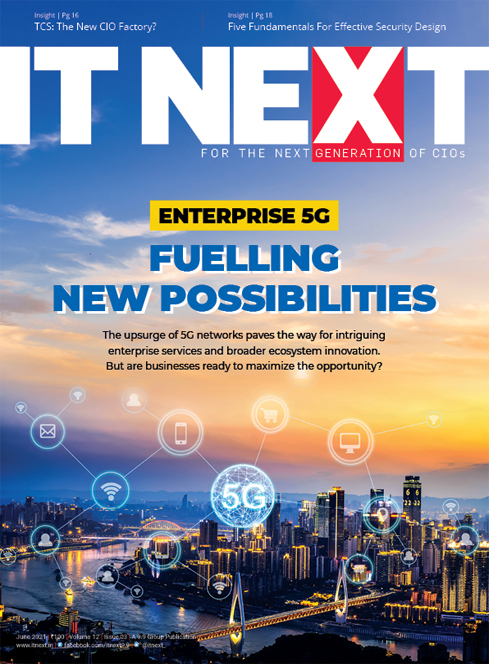 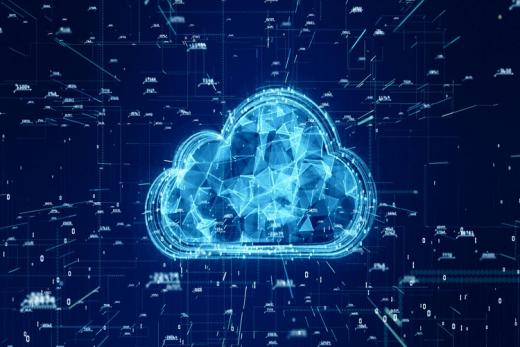 There is a common saying – Let technology open your eyes, not overwhelm you – this would be very pertinent to Edge computing, as it continues to expand our perimeter of computing from data canters to...
Jul 23, 2021
335
0