10 technologies enlisted by world economic forum are here to make our worlds more efficient with minimal changes; from digital PA to Internet of nanao things 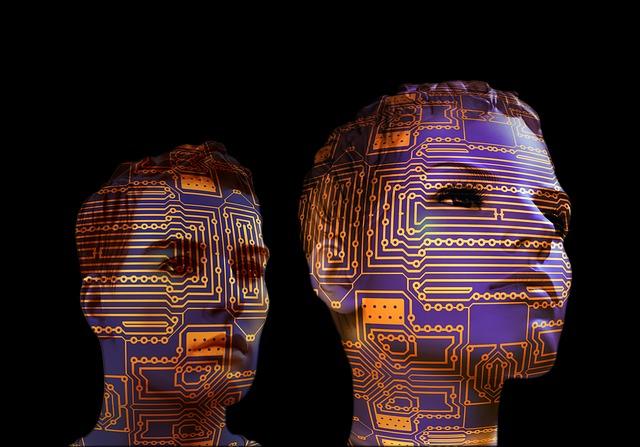 Technology keeps on evolving and one does not realize its impact till it hits one on the face. World Economic Forum (WEF) enlisted 10 technologies of tomorrow that have been or are being evolved by the scientists to make human lives much easier. From Nano-sensors that can go inside the human body to block-chain that would not require any bank account or cash to do financial transactions, or the material that can be joined like lego to construct newer things.

Read on for mind boggling, life changing technologies of tomorrow being served today -

Nano Sensors (IoNT) – Scientists have reduced the size of a sensor to nanometers. These sensors are small enough to circulate within living bodies and to mix directly into construction materials. Most advanced nano-sensors have been crafted by using the tools of synthetic biology to modify single-celled organisms.

Tools like carbon nano-tubes can both sense and signal, acting as wireless nano-antennas. These small nano-sensors can collect information from millions of different points, inside a human body or a crop field etc. External devices can then integrate the data to generate incredibly detailed maps showing the slightest changes in light, vibration, electrical currents, magnetic fields, chemical concentrations and other environmental conditions of the area mapped by sensors.

These sensors nano-sensors are being constructed by simpler, less risky organisms such as plants and non-infectious microorganisms used in industrial processing for medical usage.

This is a crucial first step toward an Internet of Nano Things (IoNT). that could take medicine, energy efficiency, agriculture and many other sectors to a whole new.

Next Gen Batteries – Batteries based on sodium, aluminium or zinc with high enough capacity to serve whole factories, towns, or even ‘mini-grids’ connecting isolated rural communities. These batteries are much better for environment as these avoid the heavy metals and caustic chemicals used in older leadacid battery chemistries. Most suited to support transmissions systems relying heavily on solar or wind power, these battries are much affordable too.

Government of Indonesia’s plan to deploy 35 megawatts of solar panel capacity to 500 remote villages, electrifying the homes of 1.7 million people, is based on Fluidic’s zinc-air batteries to store up to 250 megawatt-hours of energy in order to provide reliable electricity regardless of the weather.

This could bring a green and luminous change for those parts of the world where there is no or negligible electric supply.

The Blockchain – This is the technology, behind the bitcoin digital currency, is a decentralized public ledger of transactions that no one person or company owns or controls. By using the blockchain, individuals can exchange money or purchase insurance securely without a bank account, even across national borders.

Analysts at Santander InnoVentures have estimated that by 2022, blockchain technology could save banks more USD 20 billion annually in costs. Tech giants such as Microsoft, IBM and Google all have blockchain projects underway.

Blockchain transactions are recorded using public and private keys—long strings of characters that are unreadable by humans—people can choose to remain anonymous while enabling third parties to verify that they shook, digitally, on an agreement. These apply to all people equally.

This revolution in mono-layers (each consisting of a single layer of atoms) started in 2004 when two scientists famously created 2-D graphene using Scotch tape. Material called Graphene is stronger than steel, harder than diamond, lighter than almost anything, transparent, flexible, and an ultrafast electrical conductor. Graphene, currently used in water purifiers, could be added to road paving mixtures or concrete to clean up urban air—on top of its other strengths, the stuff absorbs carbon monoxide and nitrogen oxides from the atmosphere. When added to polymers, graphene can yield stronger yet lighter airplane wings and bicycle tires.

Other 2-D materials will probably follow the trajectory that graphene has. This class has grown within the past few years to include lattice-like layers of carbon (graphene), boron (borophene) and hexagonal boron nitride (aka white graphene), germanium (germanene), silicon (silicene), phosphorous (phosphorene) and tin (stanene).

Scientists and engineers are mixing and matching these ultra thin compounds —each with unique optical, mechanical and electrical properties— to produce tailored materials optimised for a wide range of functions. More 2-D materials have been shown theoretically possible but not yet synthesized.

Autonomous Vehicles – These driverless, smart cars are coming way earlier than expected. Google and other companies have been testing self-driving cars for several years now, with good success. Limited automation driving is already being available by some companies including Tesla including hands-off parallel parking, automatic lane-keeping, emergency braking, or even semi-autonomous cruise control etc.

These cars are much safer then the ordinary cars or vehicles but can also reduce vehicular density. Once cars and trucks can be trusted to pilot themselves routinely—even with no one inside, shared cars and driverless taxi and delivery services could become the norm.

Organs-on-chips – Each organ-on-a-chip is roughly the size of a USB memory stick can perform as living organs like lungs, livers, kidney etc. These organ-on-a-chip, Micro-fluidic tubes, each less than a millimeter in diameter and lined with human cells taken from the organ of interest, run in complex patterns within the chip. When nutrients, blood, and test compounds such as experimental drugs are pumped through the tubes, the cells replicate some of the key functions of a living organ.

There is reason to hope that miniature organs could greatly reduce the pharmaceutical industry’s reliance on animal testing of experimental compounds. These microchips could also be constructed using stems cells derived from the patients themselves. Last year, one group used a chip to mimic the way that endocrine cells secrete hormones into the blood stream and used this to perform crucial tests on a diabetes drug.

In 2010, Donald Ingber from the Wyss Institute developed a lung-on-a-chip, the first of its kind. The private sector quickly jumped in, with companies such as Emulate, headed by Ingber and others from the Wyss Institute, forming partnerships with researchers in industry and government, including DARPA, the U.S. Defense Advanced Research Projects Agency.

Pervoskite Solar Cells – Perovskites are a new range of solar cells made up of organic molecules, mostly consisting carbon and hydrogen, bind with a metal such as lead and a halogen such as chlorine in a three-dimensional crystal lattice. These can be made much cheaper than the traditional cells and with fewer emissions.

By 2016, perovskite solar-cell efficiencies were above 20 percent—a five-fold improvement in just seven years and a stunning doubling in efficiency within just the past two years. They are now commercially competitive with silicon PV cells, and the efficiency limits of perovskites could be far higher still. Whereas silicon PV technology is now mature, perovskite PVs continue to improve rapidly.

Open AI Ecosystem – Emerging technologies are being linked together to build human-like digital assistants, a digital PA, into an open artificial intelligence (AI) ecosystem where the connects will not only be mobile devices and computers (and through them to messages, contacts, finances, calendars and work files) but also to the thermostat in the bedroom, the scale in the bathroom, the bracelet on the wrist, even the car in the driveway.

Various companies have already demonstrated such AI systems. Microsoft Research built one that knows when a user is too busy to take a call (and which calls should ring through regardless) and that automatically schedules meetings at times users would likely choose themselves. Other companies such as Angel.ai have introduced services that search for flights that suit user preferences and constraints based on simple plain-English requests.

The interconnection of the Internet with the Internet of Things and users’ personal data, all instantly available almost anywhere via spoken conversations makes these AI assistants much useful—and roughly a thousand times less expensive than humans.

Optogenetics – It is a study of neurons (brain cells) to understand and treat brain related problems. Optogenetics has already opened new doors to brain disorders, including tremors in Parkinson’s disease, chronic pain, vision damage and depression.

Optogenetics is a technique to make the neurons respond to particular colors of light; is built on research done in the 1970s on pigment proteins. These proteins work like light-activated ion pumps. Microbes, lacking eyes, use rhodopsins to help extract energy and information from incoming light.

That is a crucial advance because in living brains, timing is everything. A signal issued at one moment may have the complete opposite effect from the same signal sent out a few milliseconds later.

Systems Metabolic Engineering – This technology uses Microbes to make inexpensive materials without damaging the nature, including exploitation of plants on name of organic products. This technology tweaks the biochemistry of microbes so that more of their energy and resources go into synthesizing useful chemical products.

Unlike fossil fuels, chemicals made from microbes are indefinitely renewable and emit relatively little greenhouse gas